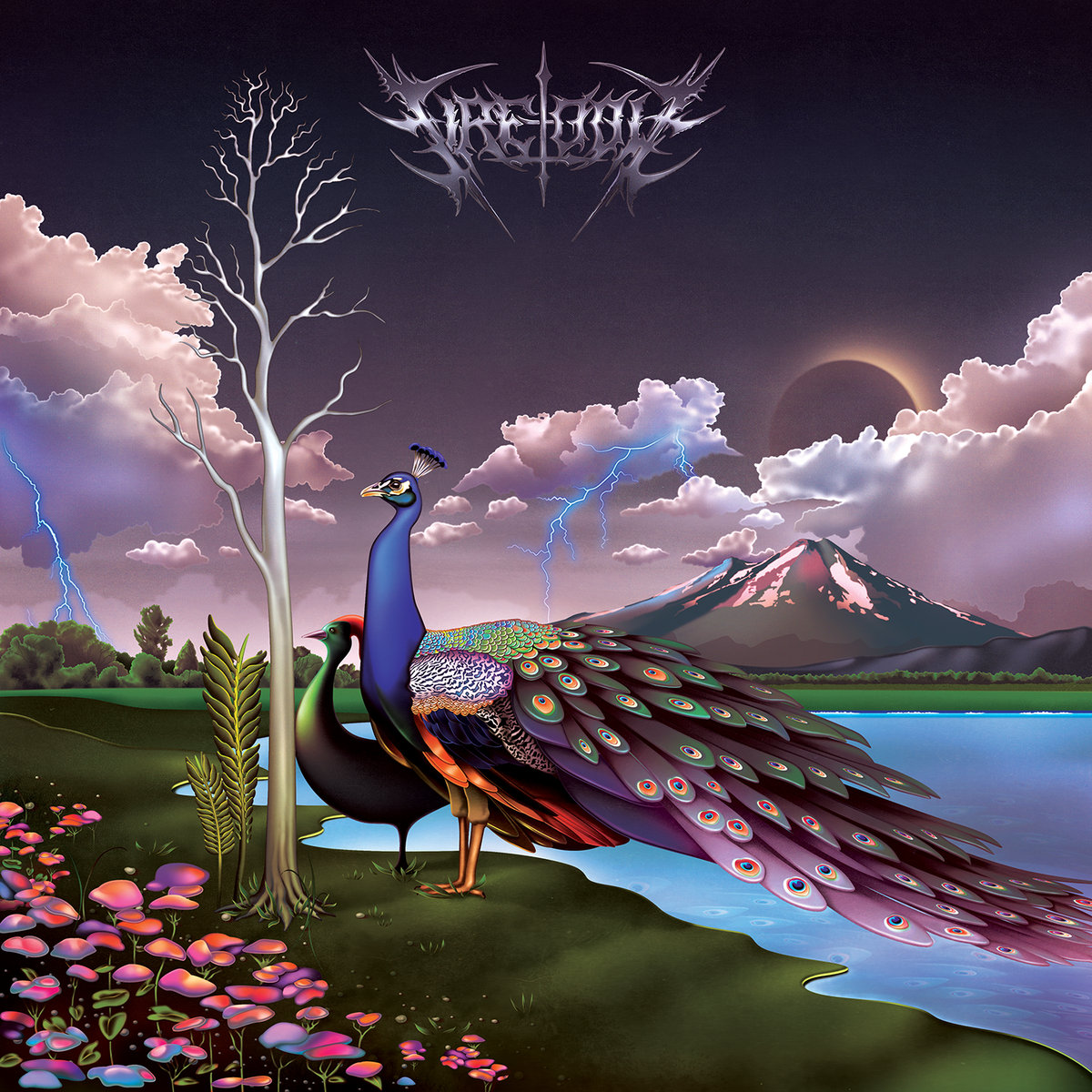 By Robert MiklosSeptember 15, 2019 No Comments

Field Whispers is a brave, demanding, and ambitious experiment, a densely packed adventure that travels through entire universes of sound.

Fire-Toolz is one of Angel Marcloid’s sonic outlets. Through this project, we see him delivering a stream of consciousness-style wave of forms and shapes, pouring out with a nigh ferocious approach. Throughout Field Whispers we see how, slowly but surely, every notion of style or genre is thrown out the window. This bold move is made in order to make room for the intensely surreal and at times absurd blend of soundscapes that this wild experiment comprises. It’s not only the conventional types of style that exit the stage, but also anything most of us would consider traditional sounds that have had their place in music for a long time. Angel Marcloid also goes a few extra miles by performing literally everything aside from the saxophone on “Clear Light”, which is provided by Ian Smith.

Before I delve into what makes (and possibly breaks) this album, I’d like to start by saying that I deeply appreciate the density of it. Even after about a dozen spins, I still find it difficult to map out the whole thing in my head, although the first thing that came to my attention when looking at the album overall was its utter lack of a binding narrative quality or the cohesiveness that gives a record its flow, so to say. Each song is miles away from the previous or next one, with segments within each track in turn being miles away from each other. While this highly eclectic layout is staggering in terms of sonic diversity, it kind of meanders in its attempt to achieve a hyperbolic juxtaposition. Maybe that was the purpose, to create a sound collage that seeks neither rhyme nor reason, but merely wants to be.

It is noticeable that the recurring musical motif of the album lays somewhere in the vaporwave/synthwave paradigm; however, the ensuing sonic surfeit would otherwise beg to differ. The black metal tinge that surfaces on some of the songs is probably the one area of the album that is furthest from the rest. This outburst appears near the end of “mailto:spasm@swamp.god?subject=Mind-Body Parallels”, quite briefly near the end of “✓ BEiNG”, and finally with some intermittence throughout “Smiling At Sunbears Grooming In Sunbeams”. It is also the one single influence that seems to blend in least of all the present ones – maybe due to its rarity across the album, maybe due to the sheer aural disparity, or maybe both.

Noise-laden glitches also leave a strong footprint throughout most of the songs. This comes across as either in the form of a very experimental IDM inflection, or as a segment of pure chaos that brings to mind certain breakcore aesthetics. “The Warm Body (A Blessing & Removal)”, “Clear Light”, and “Fluids Come Together & The ‘I Am’ Appears” feature the most of these haphazard-sounding intricacies, along with a fair part of the circuit-bending that occurs. “She Was Me, My Name Was Surrounded”, “April Snowstorm (Idyllic Mnemonic)”, “Hologram Of A Composite (World Of Objects)”, “Eyewitness Meadow Flyover” are probably the most straightforward and digestible songs off Field Whispers. They also comprise most of the progressive fusion/synthwave nuances that are scattered up and down the album. These songs manage to effectively ground a portion of the rampant madness that we are faced with, creating a vague sense of order.

A stylistic loner, so to say, “The Pain-Body (Wild Energy Spheres)” is a predominantly dance-oriented track with very little in terms of surprises to throw on our path. It creates some more nuance by doing so, adding another layer to the already densely stratified work. Lastly, “Clear Light”, aside from being the longest song off the album, also features the greatest range of delivery. As such, it is an apt summary of how the record feels as a whole. Production-wise, there is nothing to complain about, though; everything is meticulously articulated and aptly spaced within the mix. If something does feel off, it was probably meant to be as such.

Field Whispers is an incredibly daring endeavor. It is an album that attempts to transcend stylistic limitations and conjure surreal realms with a great degree of success. While it may be lacking in coherence and flow, I feel that it makes up at least for some of that in its ballsy determination and ingenious sound design. This is definitely not a record for everyone, but I feel that those of you who resonate with what has been said thus far will only have to gain by smashing that play button.