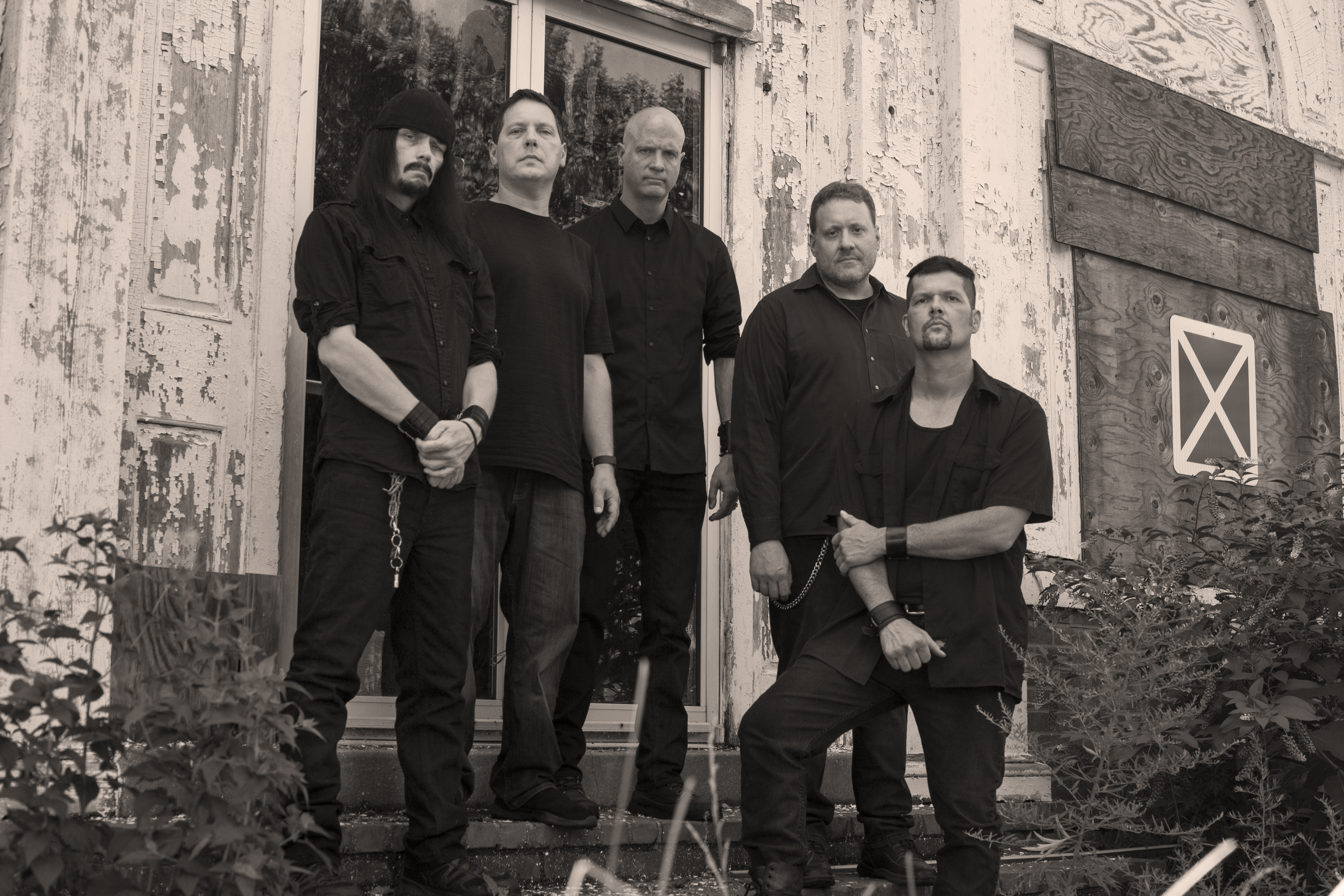 While funeral doom obviously has many characteristics of your average run-of-the-mill doom metal, there are some changes made to it in order to get the subgenre’s archetypical sound. More often than not the atmosphere is comparatively mellower and deeply melancholic. Screamed vocals dominate the forefront, while an almost endless void of oozing, dripping bass sits behind them. One funeral doom band that has made the genre their own are Evoken. A leviathan in the scene, Evoken are beloved by many, and have brought us a long list of records to enjoy. Yet another one will be released this year: Hypnagogia, due out on November 9. With legendary bands it can often happen that their formula runs stale or repetitive, but surely these underground favorites will hold up…right?

First track “The Fear After” is your typical Evoken song. Synth-heavy leads guide the listener into wide spaces, which the band quickly fill with every shade of black their fuzz pedals can carry. The stark contrast between the orchestral arangements and the typical guitars, bass and drums constellation of the band blurs the line between what is reality and what is but a hazy dream. While synths and violin are paired like cheese and fine wine, the guitars, bass, and drums pull ever downwards into an eldritch void. A melodic resolve at the end provides the track’s climax, culminating in a surreal experience.

When listening to Hypnagogia, time and space appear to become fractured, and all instruments seem to occupy a certain fraction of the shattered time and space continuum. This is best illustrated in the second track, “Valorous Constellation”. The filth-laden guitar riff drags a little bit behind the rhythm of the drums, making them occupy different spaces in the composition. As the lead guitar comes on with similar fuzziness, yet even more delay and reverb, it creates an otherworldly eeriness of being pulled towards multiple sources of gravitation at the same time. Over time the abyss that is ripped open before the listener opens wide, giving way to the synth hymns of a hellish choir. Meanwhile, the lead guitar is entirely absent; only bass and rhythm remain to keep the droning alive. But sadly, they too have to move out of the way to hand the spotlight to an emotional violin solo, which leads us directly into a monologue by the lead singer. To me, this seems like a mere distraction from the fact that elements are slowly added back into the mix to create a dissonant, crushing cacophony.

I can’t help but like Hypnagogia for its charming and atmospheric execution, even though it is not without fault. The record feels like a lot of Evoken’s material, and doesn’t provide any progression from their formula. While the recipe might be a good one, the band has concocted this same potion since the 90s; and while I gladly dive into the atmosphere and ambiance the band provides, I hoped to see the band advance their sound on this release. Production-wise all is in order, every instrument clearly audible and the mix being clean enough given the genre. I hope for Evoken to double down on their use of layering in the future, and to continue working with synths and orchestration, as these elements are one of Hypnagogia‘s highlights.