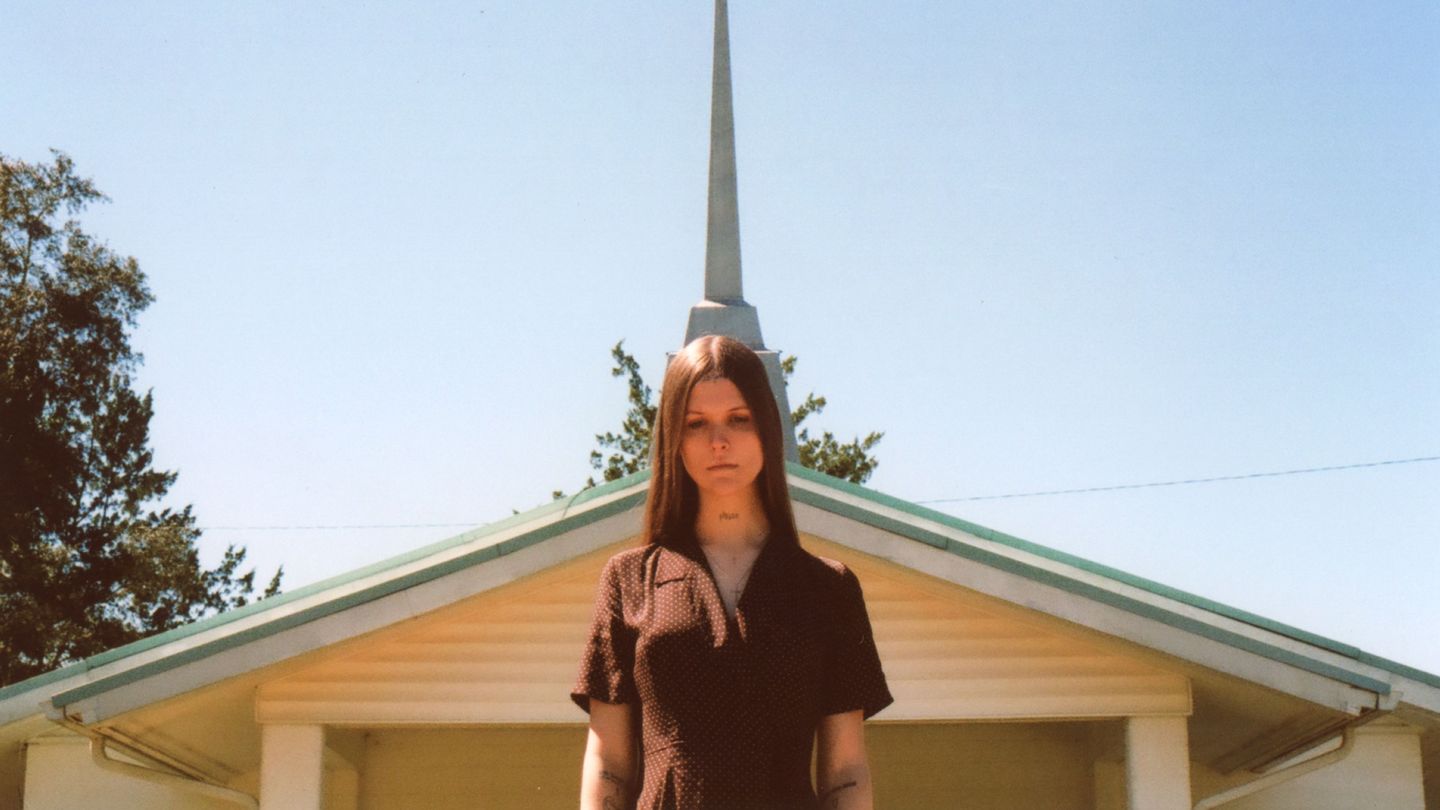 Ethel Cain lays bare a wrestling musical narrative that pulls you in and refuses to yield control as we traverse a broad spectrum of striking, alternative sonic ambience to learn the fate of the Preacher’s Daughter.

I’ll preface this review with a point for your consideration: some records are designed as pleasing background noise for you to sink into effortlessly. It is equally commonplace for songwriters (or artists of any medium, for that matter) to use their output as a means to convey a message or process events. This potent blend of content and context can catalyse the creation of indescribably powerful music, and as a listener we are sometimes helpless to the effects of such sounds, particularly if subdued without warning.

With this in mind, allow me to introduce Ethel Cain – the musical persona of the highly visionary Hayden Anhedönia. After navigating difficult teenage years, Anhedönia set off to indulge and hone her creative whims. Aside from songwriting, Anhedönia’s other explored mediums also include tattooing, the handiwork of which she wears daily – even across her own throat, which is unbelievably metal. You may be familiar with the singer-songwriter’s previous moniker, White Silas, an identity which has since been discarded in favour of Cain:

‘I realized my heart pulled the strongest to my roots, which is the intersection between my experiences in the heavily religious American South and my dreams of the wild and free American West. Ethel Cain is the unhappy wife of a corrupt Preacher, a trope I saw first-hand plenty of times growing up, dreaming of running away and living her life to the fullest. We have many things in common and she’s always been my out. We both just want to be rock stars.‘

This characterisation is a commanding one, and speaks to one half of that same powerful duality of context and content I began with. Additionally, I feel that the exploration of foundations – such as those in Cain’s case – are best guided from the mouth of the artist themselves. As such, I urge you to seek out her own words (such as this enlightening interview) regarding the full extent of the album’s roots; they offer a far superior insight that is deserving of your time and certainly go a long way in explaining the absolute powerhouse that is Preacher’s Daughter.

Released on her very own Daughters of Cain Records (a name fondly applied to the warmly embraced fans of her music), it’s an unabashed debut full-length after a slew of EPs from Cain, formidable both in its music and lyric alike. Wider study of the lyrics is equally fascinating and worth it to better understand the piece as a whole: nothing here is disjointed, rather compiled with impressive cohesion. Furthermore, studying this revealed that Preacher’s Daughter segments into three identifiable but not strictly defined acts. Their transition is not clear-cut, but you will notice faint changes as the record progresses.

An important distinction moving forward: Ethel Cain is not only the artist at hand, but also the fictional character whose perspective the record follows first-hand. I’ll try to refrain from explicit spoilers of its plot, but this is not always a particularly easy listen, nor a brief record to digest, clocking in at 76 minutes. That said, its presence is imposingly captivating, as we are hurled into an uncompromising narrative of human experience and musical versatility. The sequence of events is encapsulated in lashings of brooding, southern tones and the alt-pop vibes synonymous with the early ’90s that the album’s tumultuous chronology takes place in.

We begin with a labelled ‘intro’ track, drawing us down into the dark through foreboding samples and modern ambient instrumentation, all stoked by the reverberating spectre of Cain’s rich voice. That chilling presence you feel approaching up to and beyond the percussion’s unveiling? Get used to it; it’s a breathtaking staple that only grows as Preacher’s Daughter unfolds. “American Teenager” ushers us fully into the first ‘Act’ – a shimmering contrast to its predecessor that serves, in Cain’s words, as ‘an expression of my frustration with all the things the ‘American Teenager’ is supposed to be but never had any real chance of becoming‘. It harkens to an era gone by, calling out unrealistic, imposed ambitions over a canvas of crooning, nostalgic power pop.

“A House In Nebraska” switches up the soundscape again with a drawling reminiscence of fonder times enacted through lengthy dissipations of piano and mild distortion. These are draped against emotive melodies – the kind of melodies that Cain excels at from start to finish on Preacher’s Daughter, even providing more jarring lyrics with an undeniable appeal and memorability. At its core, “A House In Nebraska” depicts a wistful longing that is juxtaposed by the ethereal ballad of “Western Nights”.

The flow and dynamic of Act One continues with one of my personal favourites – a more robust return to the “Family Tree” that opened proceedings. The slow-burning, sonorous start certainly does little to prepare for the fully fledged assault that awaits once the track fully opens up. Cain directs proceedings with her compelling voice, as punchy guitars and lambently crushing drums roar headlong through an explosive, drawn-out crescendo that showcases the album’s gritty best for a satisfyingly long time. It also demonstrates the stellar sense of presence in the mixing that you’ll find across the record’s entirety.

It must be said that the record makes for potentially uncomfortable listening in places, especially in conjunction with knowledge of the strands – musical and otherwise – woven together to create the album. “Hard Times” is a prime example, as lyrical reflections on traumatic events are particularly hard to hear when presented through such a beautiful yet haunting tapestry of ambient sounds and largely acoustic dream pop. It’s commendable that Cain is able to continuously carve such mesmerising musical terrain for us to travel, despite the obvious discomfort of the lyrical matter at hand.

At this juncture, we transition into Act Two with “Thoroughfare”. This sprawling track exceeds nine minutes in length, charting the change with flourishes of Americana oozing from its upbeat, country-heavy origins. Are we witnessing a heartwarming shift of direction? Seemingly so, but one that’s short-lived, because the grim reality of “Gibson Girl” lies in wait. Titled after Charles Dana Gibson and his famous drawings, the track’s bluesy haze of noise sees Ethel Cain deliver a chilling account of her namesake’s new reality with the musty aroma of a murky backroom in the middle of nowhere.

“Ptolemaea” alters styles yet again, veering towards a combination of gothic grunge and chamber music that ensures we are kept attentively on our toes throughout this profound display of musical dynamism. It’s also another thoughtfully named song, titled after a portion of the last circle of hell referenced in Dante‘s renowned Inferno. Despite the stylistic deviation, it possesses the same energy that Cain agonisingly employs across Preacher’s Daughter, alongside what is now a recognisable sense of writhing, impassioned lyrical delivery that signals its thunderous, unnerving climax with a blood-curdling scream.

In a deliberate creative move, we are led into the anticipated final Act of the album’s story arc over the course of two entirely instrumental tracks. Given the often harrowing nature of the lyrical narrative throughout the rest of the record, this makes for a stark contrast: “August Underground” is an ambient sensory juggernaut named after an infamous film of the same name, while the more palatable, pianistic “Televangelism” conjures further doses of lingering, sustained instrumentation to complement the wash of choral voices sending our ears and soul heavenward.

Once there, we encounter “Sun Bleached Flies”: it’s a fantastic, minimalist track driven by piano and initially low-slung vocals, before the remnant gospel undertones of Cain’s upbringing emerge to the musical foreground. This blossoming penultimate number captures some beautiful reflective moments within its lyrics, and the timely culmination of our protagonist’s journey is formed in “Strangers” – a final, poetic goodbye to us as listeners through layers that soothe even as they unravel.

Preacher’s Daughter is an expansive experience that demands full attention, weaving an unstoppable sonic reckoning that is both thematically gripping and musically charismatic. Every facet of the record is exceptionally executed, with commendable craftsmanship and a justifiable sense that Ethel Cain has poured the entirety of her soul into a certified opus, which is very much the case: ‘Everything I do through my art is a way to get my thumb on top of what’s happened to me in the past, because now I’m in control and I can’t be hurt by it again‘. My opening statement spoke of context and content entwined, and as impactful albums of musical integrity and boldness go, Preacher’s Daughter is unmatched, unflinching, unfathomably brilliant.