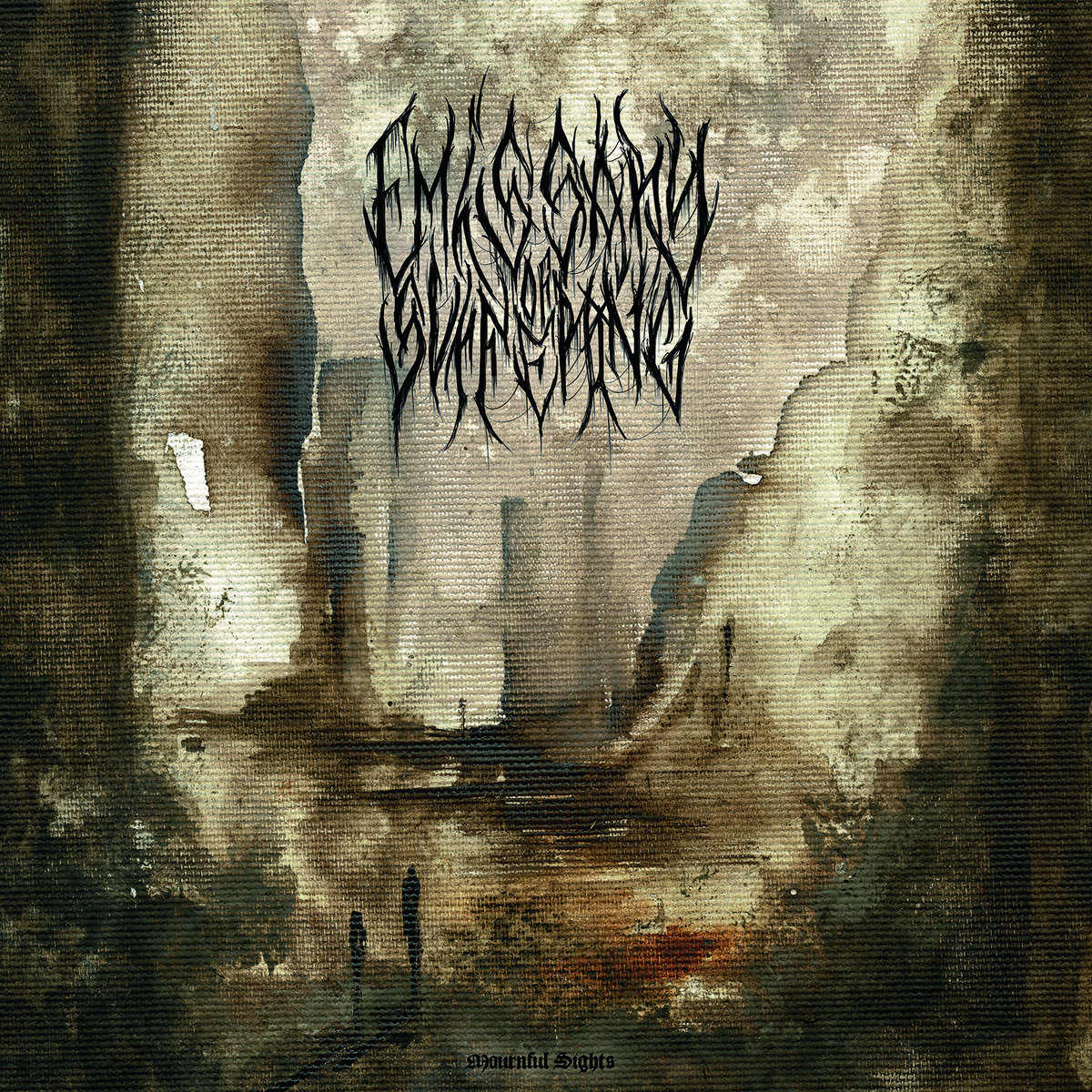 Sometimes I don’t know what to say about some metal releases – sometimes they’re emboldened, forward-thinking masterpieces that exude experimentation and expand the genre’s capabilities, other times they’re simple and pummeling, maintaining a destructive force that keeps entertainment value high. Then there’s releases like Emissary of Suffering’s Mournful Sights, a completely competent album that will keep devout fans engaged enough, but does nothing to move anything forward or present anything new.

I’m not sure there’s anything wrong with this approach, because metal can be fucking exhaustingly boring as a genre. Too many bands want to remake the same death metal release that some other band did for the sake of whatever, and on the black metal side the rush to be boring and unoriginal as fuck is a dead heat between thousands of bands not even worth mentioning. I don’t want to get into power metal, thrash, nu, grind, all the -cores, or whatever the fuck Katanotia is calling themselves these days, because my point is… it can just be a fucking lot.

Although Emissary of Suffering have a gentle-nod-of-acceptance release on their hands, I find myself able to listen again with intrigue, so it’s overall a win. On the first spin I was pretty underwhelmed. After reviewing Defacement and Mastiff, both of which brought their A game for wildly different reasons, I was looking forward to some weird, dissonant shit that was going to blow my pentagram socks off, and it didn’t do the trick. I became worried in gearing up to write this review, because I wasn’t sure what to say about a typical release, but now, as I’m typing this – listening to it on my stereo (versus my headphones upon initial listening) – I can hear glimmers of purity striking through: the OSDM straightforwardness of it, the earnest of the d-beat and double bass drums, the unique approach to solos and riffage. This thing is genuinely good.

The drums are probably my favorite element on this record. Whomever their drummer is does a hell of a good job engaging the riffs with effective and dynamic tempos that utilizing all fucking pieces of the set he’s using. It’s fucking cool, and it sounds amazing with the production. The riffs can come across more ’90s groove metal sometimes, and the entirety of the release does have somewhat of a repetitive feel that starts to emerge, but oddly it never gets annoying or old. That may sound like a diss, but it really isn’t, because a lot of bands just can’t pull that off.

The tracks are pretty short and concise. Everything is kept below five minutes, with only one song getting close to that mark. It seems to keep everything sounding fresh. I read this PR release on this metal site that looks like it’s still operating in 2007 that references the band growing up on punk as much as they did NWOHM, and it all started to click. It also references leftist-leaning lyrics, which I’m totally down for (RILEY GALE FOR FUCKING EVER), but I didn’t do any due diligence to actually look them up – I’m just trusting their word on it.

“Mournful Sights“ is reminiscent of a groove metal release from the late ’90s, and the double bass makes me happy to hear. It’s really a no frills approach that is just effective; simplicity for the benefit of just making some shit that sounds good.

“Rope” gets thrashier in the riff, building up nicely to a pace that keeps it fun. The vocals don’t ever get annoying, and carry a semblance of hardcore vestiges, but never overdo it. It even gets experimental at times, filling the gaps between hardcore, death metal growls, and groove metal-influenced crooning, and it fits into the mix well. Shout-out to Jens Ballaschke for mixing this thing. I have no idea who you are, but goddamn, get a raise. This thing sounds great.

This is a good start for a band’s initial release. It’s effective, concise, sounds nice, and scratches multiple itches even though there’s not many dazzling elements to it. I’m definitely not opposed to hearing how these dudes grow, and am happy to add it to the rotation when I need something new to get the job done. If none of this wins you over to give this thing a spin, they also covered Propaghandi to good effect. But if you’re still one the fence,  just look at this fucking adorable being and tell them no. You can’t, case closed. Listen to the fucking record, it’s good.