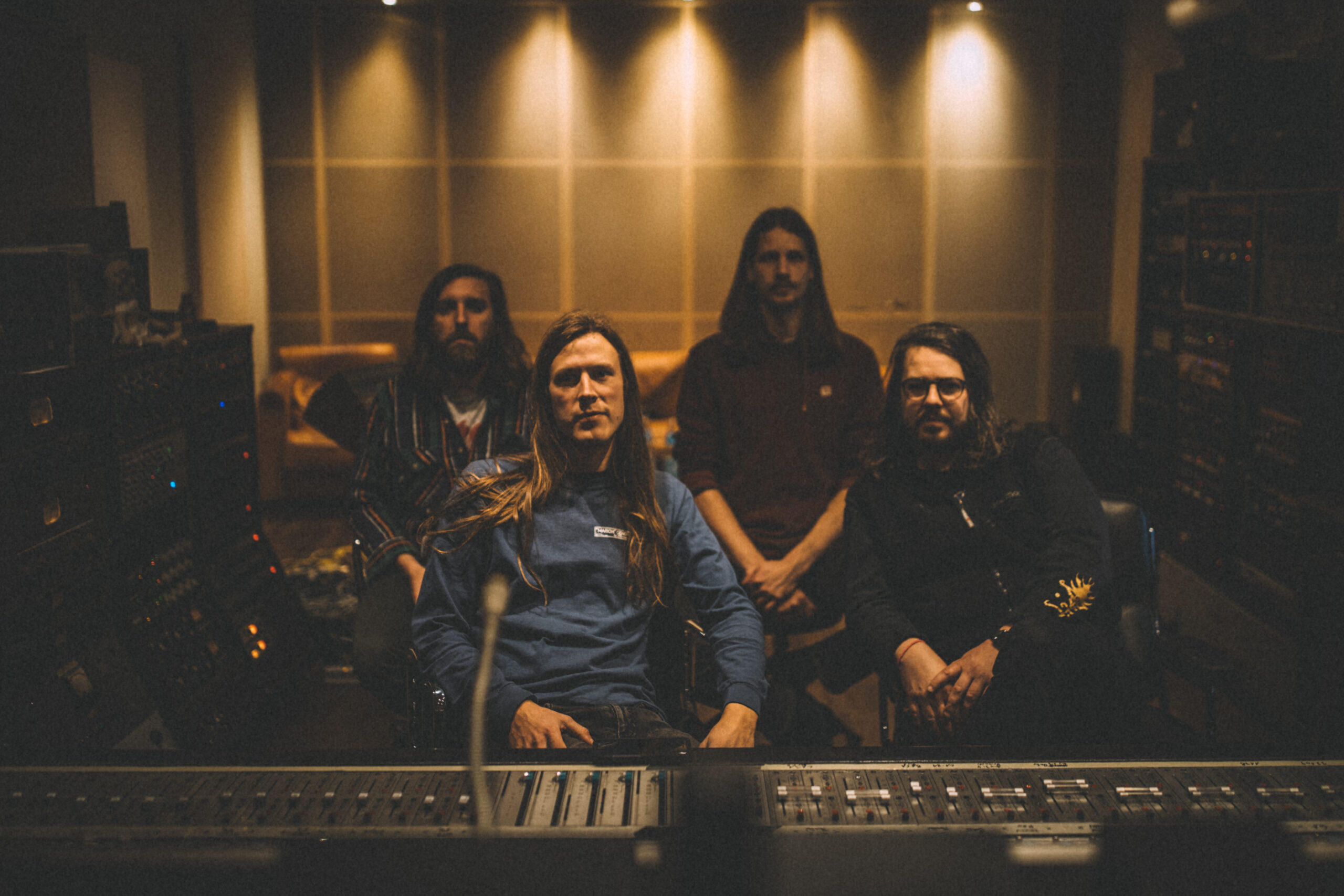 By Pete OverellNovember 21, 2022 No Comments

Elder continue to forge ahead on their own path, their sound unique, their songs grandiose. Innate Passage is excellent.

There is one band that constantly gets the nod when I’m in the mood for something hard but dreamy, and their status as that go-to has only been cemented with the release of Innate Passage, Elder‘s sixth full-length album. Following on from its predecessor, it sees the largely Berlin-based band hone their style that worked so damn well on Omens, but also reach new, exciting peaks with it. Vocals are markedly improved, with Nick having worked really hard to elevate his sound, whilst the gel between new members is all so evident when they begin to tear into soaring riffs.

With DiSalvo’s solo release of Delving last year, I was unsure if Elder would return to a sound more akin to the Lore / Reflections-era of their library, and in ways I was proven right. But they didn’t revert to the sound, they merely blended it in brilliantly. You’ll hear heavier, rockier riffs in Innate Passage, but you’ll also be bathed in the glorious warmth of the vocals and synths that have ascended in quality.

Comprised of five tracks, as expected from an Elder album, Innate Passage takes you on a fifty-minute journey, and as such has been a firm start-to-finish dog-walking album. Paired with one of the warmest autumnal periods I’ve experienced, it’s been synonymous with adventure for me, and I’ve loved carving paths through forests to the bouncy riffs found within. Like Omens, it constantly gives me a satisfying mood uplift whilst blowing me away with the intricacies of the music. Drummer George Edert feels so much more at home, his rhythms complimenting the synchronicity of the guitars.

Keys have been a focus for the naysayers of the band who prefer their earlier sound, yet I feel that the sheer range the band has managed to layer into their music this time will cast the doubters down, as they really accentuate the music and lift it to new heights at times. I feel that DiSalvo’s experiments with Delving helped hone that sound further, exploring what levels the synths worked at and where they overburdened the music. Opening track “Catastasis” delivers the balance perfectly, with throwbacks to motifs of the Reflections-era, but most importantly, carving out a niche for this album.

“Catastasis” is arguably my favourite vocal performance on the album too, not only because of Nick’s improvement in vocal delivery but because it also utilises a guest vocalist that really accentuates Elder‘s sound. I’m a big fan of group vocals and that feeling of joy that a raucous crowd can generate, so to hear Elder experiment with maximising the depth and breadth of the singing was very welcomed.

Before sitting down to review the album, I was partly in the mindset that the first two tracks were the best and then the album kind of drifts off as it reaches the end. However, now that I’ve been playing the tracks out of order, I’m finding it harder to reinforce that statement. “The Purpose” is the perfect riposte to “Catastasis”, toning down the high energy that infatuated the opener, and instead focusing on the atmosphere. It is wonderfully proggy, with a heavy psychedelic section broaching the middle, transporting you to other worlds before you’re lifted to mountaintops on roaring winds of riffs as the song and album draw to a close.

Out of their peers, like King Buffalo, Weedpecker, and Somali Yacht Club, I feel Elder experiment the most and are also extremely successful each time in doing so. Be it luck or pure talent, who knows, but each time they take a leap of faith it seems to pay off. From the addition of synths in Reflections to the big shift away from stoner doom to psych rock, everything seems to be paying off nicely for the band. Innate Passage is great fun, and whilst maybe not as groundbreaking as the aforementioned for their status in the industry, it marks another chapter of success for Elder and the development of their brilliant flavour of psych-prog-rock.