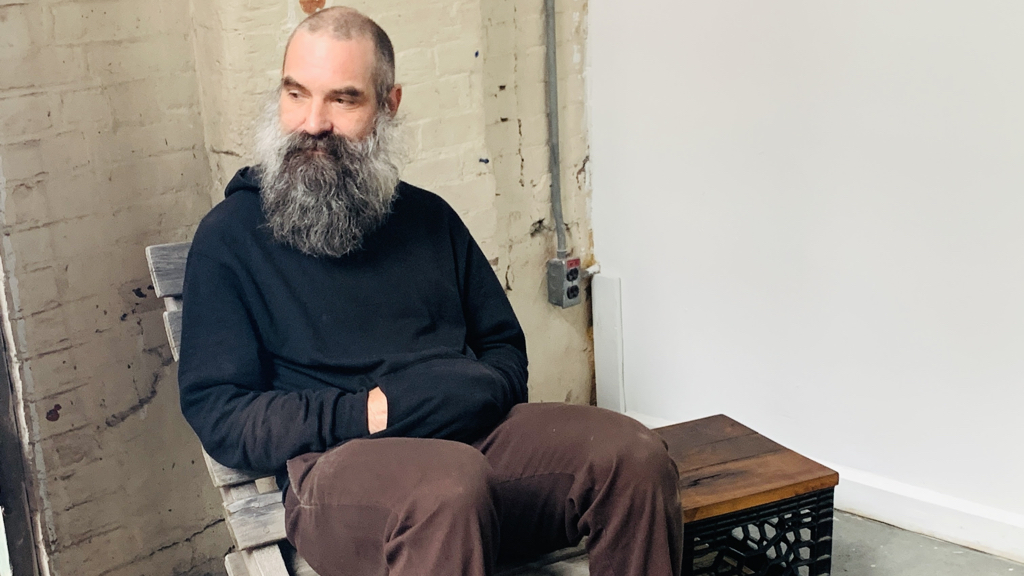 Earthen Sea returns with the wonderful Ghost Poems, a compelling merging of electronica and ambient that will take you to another world.

When you see the name kranky associated with a record, you know you are in for a treat. From their involvement with masters of their craft and pioneering acts such as Low and Godspeed You! Black Emperor, kranky‘s output has ensured that you can be confident in quality where their name appears. More recently (and in my opinion, more impressively), the name kranky has appeared alongside some of the finest ambient artists currently active (Benoît Pioulard, Grouper, and Pan American amongst many others), meaning that the release of Earthen Sea‘s latest album Ghost Poems was something I immediately felt compelled to listen to.

Earthen Sea is the pseudonym of New York-based composer Jacob Long, of Black Eyes and Mi Ami fame. Far from the noise and heavy nature of these projects, Earthen Sea specialises in lo-fi, ambient compositions. Long used the extra time afforded by the first wave of lockdowns in New York to patiently sculpt a variety of sounds and textures, the end result being the recently released Ghost Poems.

“Shiny Nowhere” opens Ghost Poems in the gentlest of ways, reflecting exactly where the rest of the album is going. Swelling synths introduce proceedings, before ambient crackles and the ‘domestic sounds’ alluded to in the press release for the album begin to build the textures that will become so familiar over the next 37 minutes. “Stolen Time” follows and showcases the writing prowess of Earthen Sea, utilising what sounds like almost identical sounds to the opening track, but succeeding in a completely different feel.

“Oblique Ruins” provides another little change with its focus on a percussive base on which the other instruments and sounds float around. What stands out here is the ability of Earthen Sea to incorporate little glitches that could be jarring, but in the context of this track (and others on the album) only serve to complement the meditative nature of the music. “Rough Air” follows a similar pattern, appearing to utilise field recordings to further enhance the digitally generated percussion that serves as a bedrock to the piece. There’s a comfort to be found in the Rhodes piano that appears throughout the album, and by this stage (just over half way in) it begins to feel like an old friend that you can confide your deepest secrets in.

The closing run of tracks on Ghost Poems stands out for me, with the four tracks standing out from each other whilst somehow still blending together as one. Starting with the subtle and repetitive “State Horizon”, Earthen Sea begins to really pull you deeper into his world. The gentle clangs follow into “Ochre Sky”, providing that aforementioned continuity, whilst changing pace a little and adding a hypnotic repeating pattern. This track in particular highlights how tiny changes or sound additions to a track can be more than enough to maintain interest for extended periods. “Fossil Painting” and “Deep Sky” are two of the finest released ambient tracks of the year thus far. Too many artists can be dragged into coating ambient sounds in FX to provide texture, in turn oversaturating the track, whereas here, every addition to a sound seems carefully and methodically planned to ensure it complements rather than hinders the track.

Whilst we appear to be coming towards the end of lockdown-inspired music, the fact that Ghost Poems was born in the first wave of the pandemic is yet another positive we can take from such a bleak period. The time and space allowed to Earthen Sea to make this album has resulted in ten wonderfully crafted pieces of music, ideal for reflection, introspection, or just general meditation. Ghost Poems is an album that will hold your attention by diverting it to another place, hopefully one of comfort and peace. Even having spent the past week with this release on repeat, there are still new sounds and textures to be found on each listen, and Ghost Poems is more than worth the time it will take to truly appreciate this album.