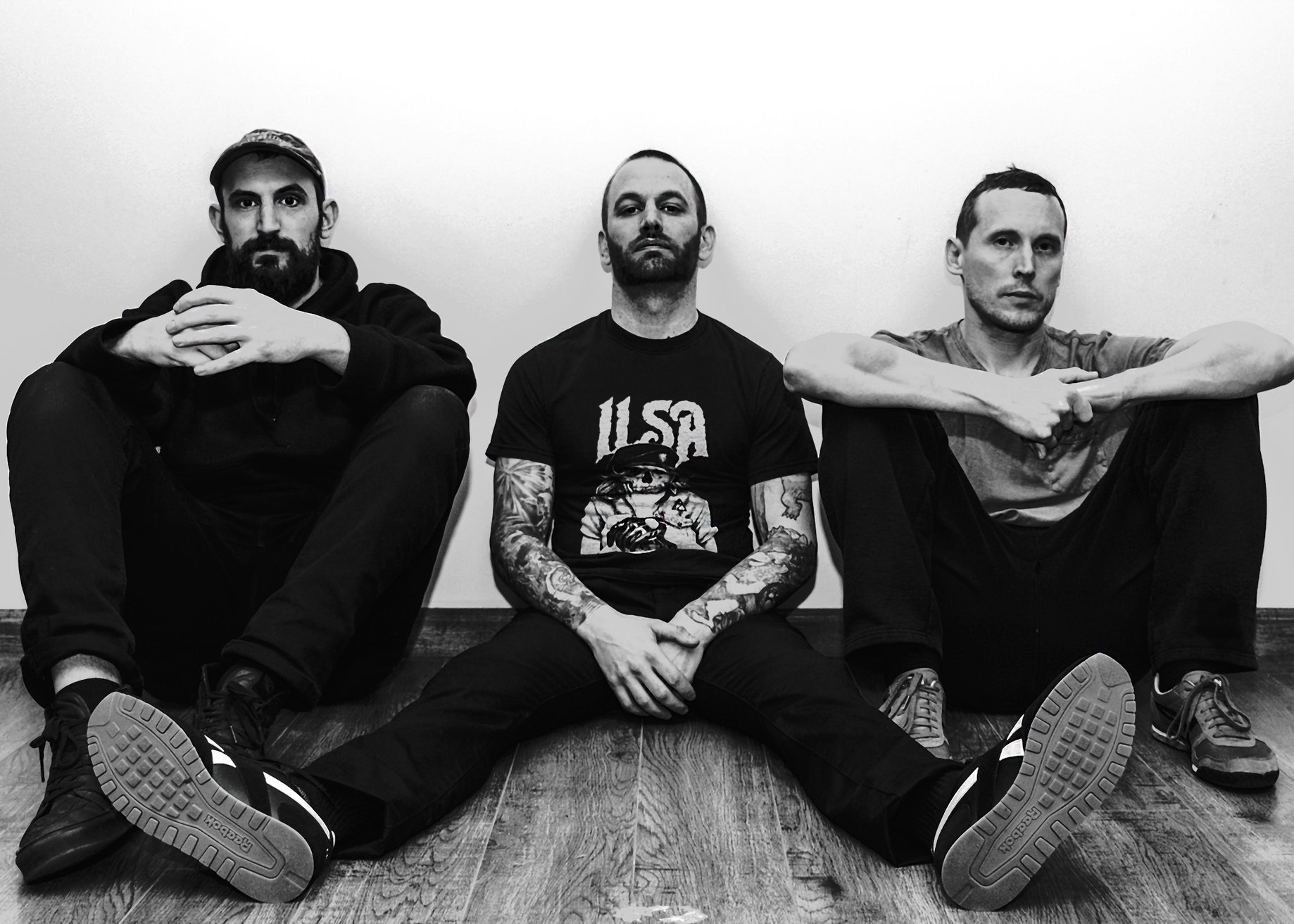 Rarely does a band’s name resonate their output as well as that of Die Choking does. It fits like a fist to an eye, and that sensation feels to be prevalent throughout the entire twenty minute duration of their fourth release, aptly and simply called IV.

It was a sunny but cold Tuesday when I spent my first day off in three weeks mostly on a train. Someone might find it tedious, but I enjoy being able to listen to something and fully concentrate on it without constant interruptions, apart from some drunken shoves, screaming children, and fed-up conductors checking tickets and looking like they’d be mentally polishing a resume to apply for a new job with way less human contact. Anyway, I got a text from a friend, asking if I had already scoped out the new Die Choking album. I had no idea what that was, looked it up, and fully immersed myself into what might be one the strongest chaotic hardcore/grindcore albums released this year. Or ever.

IV was released on October 22 through the band’s own label imprint DCIVE, four years after their previous effort, properly stamped as III. The gap was a longer one, but Die Choking made tremendous progress during that time – they improved themselves on all their respective levels and returned in an enhanced, more violent and addictive form. Not to demean their earlier material in any extent, but after discovering them and familiarizing myself with all of their releases at the same time, IV is the one I constantly and the most eagerly return to. But isn’t that kind of the point, though?

“Breathe to Horrify” ignites the album in said fist-to-the-eye manner, with furious vocals and deeply gripping hooks, which are spread evenly and frequently throughout the whole album. Bouncing from one extreme to another, blast beats and total annihilation merge with mid-paced beating and instrumentation with attention to detail, piquing the listener’s interest right from the beginning. The said details also make the individual tracks pop out, like the shifting conversation of different patterns in “Wires”, the momentary breakdown in “Plague Dust Cloud”, and the glitchy, mechanical synth outro of “Chronic Hyperventilation”, to point out a few.

After the first minute or so, during the second track “Lungless”, it was already quite obvious that IV is as fascinating as it is punishing, a force to be reckoned with. The heaviest hitters would still be ahead, but the clutches of Die Choking‘s layered and elaborate brand of chaos swept in unexpectedly hard. Speaking of heavy hitters, “Cough, Wheeze, Explode” is a perfect representation of what this band is capable of, as much as the title is a perfect representation of the listener’s condition during it.

“Pink Froth” and “Zero Breathing Drive” would be the other two to draw out from the pack. The intensity is overwhelming on IV altogether, but somehow manages to be even more amped up on these particular tracks. The former introduces some disgustingly gurgling vocals, whereas the latter flirts seamlessly with technical death metal; together, they not only underline the detailed work, but also go to show that even though the starting point already was magnificent, the band evolves through the whole album, making it even heavier on the subsequent end. “Morgue Codes” includes a sense of closure, advancing ominously and in a controlled manner, bringing everything to an end by means of fuzzy low frequency terror coming to a swift stop.

My intention’s not to sound too flattering or overly polite by any means, even if my words might come across as such sometimes. This particular burst of favoring words is more than deserved, as IV is an absolutely stellar album. Die Choking breathes life into a genre that enjoyed its golden ages two decades ago, and, simply put, that is pretty cool. I’ve been indulging with this twenty-minute bundle of joy for over a month now, and there’s no end in sight to that. Whether or not you are familiar with the band, if you like your body bruised and enjoy your wounds with a pinch of salt, this album is most certainly meant for you.