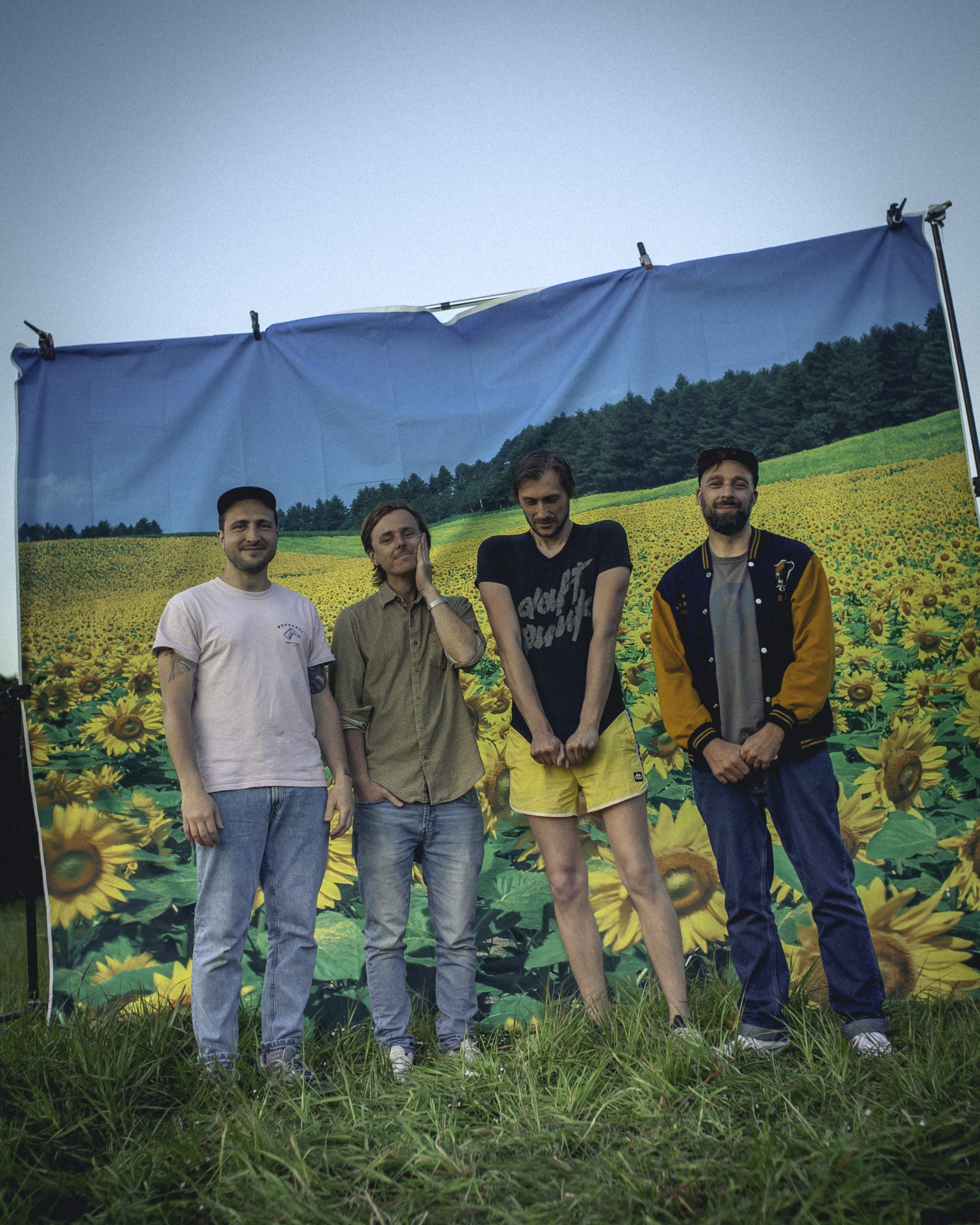 By Billie HeltonNovember 9, 2021 No Comments

Delta Sleep continue to be one of the most impressive modern bands, still writing excellent songs in the niche style they’ve carved out.

Delta Sleep is one of my all-time favorite bands. It feels safe to say that now, them having three full-length albums and several EPs that have all blown me away. For a little over a decade now, this UK rock act has been pushing genre boundaries and writing captivating tunes that sound wholly original. It is a rare thing in this day and age to find a truly original music act, and I fully believe Delta Sleep have managed to become that over the years. What began as a mostly math rock project has turned into something so much more than that. While there’s still that wild and fun mathy sound to their music, this quartet manages to push their sound further with every release, somehow becoming more original and, frankly, more Delta Sleep with every release.

Spring Island is an absolutely fantastic album, and the more time I spend with it the more I fall in love with all the little details of it. I consider 2018’s Ghost City to be one of my favorite albums of the 2010s, and 2016’s Twin Galaxies an all-time favorite across years and genres. I was almost scared to start this album up for the first time because of the possibility of it not living up to that expectation I have personally set. “Waterfall” is a great introduction track, capturing so much in just a minute and a half. It’s backed by atmospheric synths, punctuated by beautiful harmonies, and propels the whole album forward with a slowly building soundscape that leads into “The Detail”. I enjoyed the transition on my first listen, but when the guitar groove really kicks off the song, I knew Spring Island was going to be a considerable album. This song is one that’s pretty much impossible not to bob along to, with a perfect mix of that rhythmic groove and dancy, piercing lead lines. The solo is a perfect example of a ‘less is more’ situation, and has been stuck in my head for days now. “The Detail” is definitely a standout song on an extraordinary album. I think it’s interesting they chose to essentially lead the album with this one, as it’s the first song the band has written together from scratch.

‘“For the first time in our career we wrote a song totally from scratch as a full band in one sitting. The first single ‘The Detail’ was the first idea we came up with at our first practice after not being in a room together for nearly six months. It quite literally came out of nowhere and we had the bulk of the song and structure down within a couple of hours. That song holds a very special memory for all four of us,” says bassist Dave Jackson. “It also touches on human struggle and the deep depression we can often find ourselves in. This album certainly represents some of the struggles we’ve all encountered over the last 15 months or so and the effect that isolation can have on us as living breathing creatures who crave interaction.‘

One thing that is great about Delta Sleep is that even as their sound evolves and they write with more focus on guitar melodies, there are still plenty of moments reminiscent of their earlier body of work. “View To A Fill” has a really jazzy math rock intro that sounds like it could fit in as a B-side on Twin Galaxies. However, the end of the track gets really fuzzy and hazy, with a couple of sustained bends and feedback ending the song. This little flair is a nice touch, and showcases the experimentation of their recent albums nicely. “Planet Fantastic” and “The Softest Touch” are other tracks that hit that classic jazzy stride from the start. The latter also has some of my favorite bass playing of the entire year, which is something that will always get a big thumbs up from me. It’s also the song that makes me want to dance the most of any on Spring Island, which makes it an easy favorite.

When it comes to favoritism, “Forest Fire” absolutely blew me away on the first listen. It’s a slower and more somber song, delicately played in a way that makes my hair stand up every time I hear it – the slowly escalating cymbal crashes that lead into the vocals beginning is the part where that sensation always hits. This track gets super jazzy when a blaring alto saxophone surprisingly jumps into the mix in a wild middle portion. The back half of the song is accentuated by a nice synth melody and atmosphere, along with more of that sweet sax. It’s a beautiful song, and one that feels really unique even for a band with no easy comparable acts. The thing that makes it hit more than any of that, however, are the lyrics:

‘I know you’ve been going through a little darkness/ And it feels like things won’t ever be the same/ All the creatures in the forest out to get you/  Should be gone before the morning rain/ But I can’t predict the changes in the weather/ That’s a thing that even weathermen get wrong/ You don’t have to bear the world upon your shoulders/ Only live there with an honest heart.‘

Spring Island touches briefly on the subject of climate change as well as humans effect on the world, and I think they do it in the best ways. “Planet Fantastic” is a really powerful song with hard-hitting lyrics, but it’s still a fun and captivating track instrumentally: ‘Excuse me but I’ve got to tell you something/ The world’s a mess and I can’t keep it to myself/ So if we can just admit that there’s a problem/ And I know we’re only human/ So often playing the victim/But these are just some things that we can’t let slide/ If we let slide then we will be spun right into the sun/ indifferent and numb as we bury our loved ones.‘ As melancholic as that verse is, if you don’t listen to the words you’d have no idea that it was so depressing. The beat is really bouncy, with a really rich and pretty tone and drifting ambience that give it a ton of life.

Delta Sleep have definitely hit a stride with their sound, and I think the success of Ghost City shows that they nailed it with that. Spring Island feels very similar in structure while also playing around with many sounds and structures that they began the band with. However, Spring Island has an atmosphere that is unparalleled by any of their previous releases. I’m not saying that makes this their best work, but there is a much more psychedelic and ambient lean to songs that they haven’t experimented much with before. The middle part of “Hotel 24” has a really cool guitar effect and a couple moments that really stand out for being different. I previously mentioned the end to “View Of A Fill” already, with that hazy feedback outro. “Dancing Music” is probably the most evocative song to solidify the atmosphere, though. It’s a minute-long interlude that leads into “Spun” with an eerie, persistent drone in the background with a series of odd beeps and sounds over it. On my first couple of listens, I didn’t care much for it and even thought it was kind of unnecessary. The more time I spend with Spring Island, especially listening to it with good quality headphones, the more I feel it adds to the constant ambience of the album. It takes its time, and Delta Sleep can take all the time in the world to me.