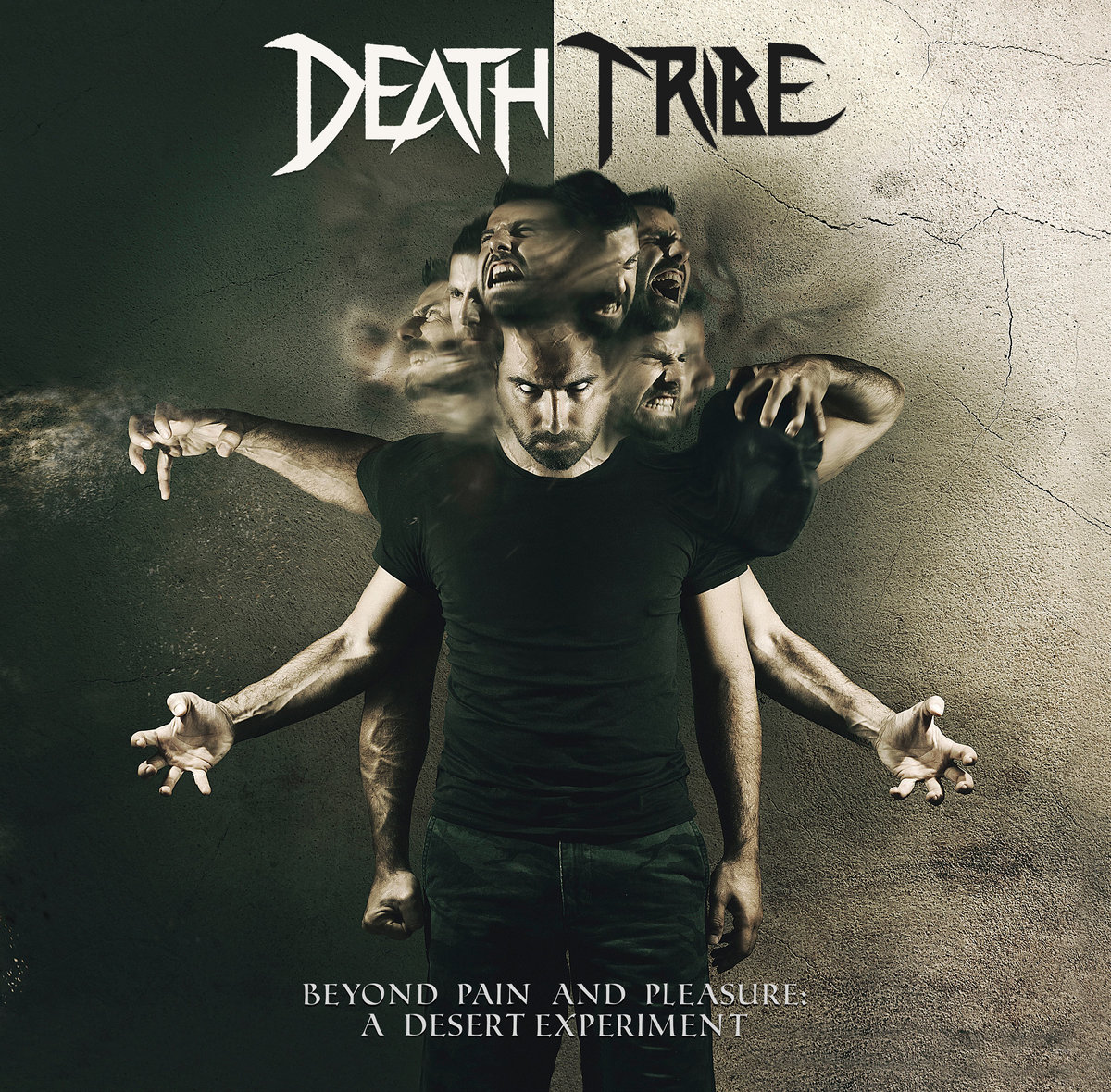 Death Tribe – “Beyond Pain and Pleasure: A Desert Experiment”

Beyond Pain and Pleasure: A Desert Experiment is an ambitious foray that aims to condense the suffering of warfare, spirit breaking oppression, and the refusal to submit to either into a pummeling aural experience.

Death Tribe is the brainchild of Anthony Kaoteon. Some may recognize him from his first project, Kaoteon. Beyond Pain and Pleasure: A Desert Experiment is the debut album of this project. Anthony takes on a part of the vocal duties alongside being the lyricist and guitarist. Linus Klausenitzer (of Obscura, Alkaloid, and Kaoteon) is responsible with the bass work, and Mattias Landes (of Dark Fortress) is laying down all the crazy beats behind the drum kit. Performing the rest of the vocals we have the following guest musicians: Walid Wolflust, Serge the Slave, Adnan Mryhij, Youmni Abou el Zahab, and JM Elias.

Beyond Pain and Pleasure: A Desert Experiment is a powerful amalgamation of old school death metal, technical death metal, thrash metal, heavy metal, black metal, and groove metal. It may sound like a haphazardly drawn sound scheme, but rest assured because all these elements are blended with good taste and delivered more than fittingly. While there are traits shared by all the songs, each manages to stand out in its unique way. “Death Blues” and “Face The Facts” stand out the most, because of their strong heavy metal leanings, which are in contrast with the rest of the songs. Anthony Kaoteon and Adnan Mryhij put up quite a show in “Face The Facts”, however Youmni Abou el Zahab truly shines in his vocal delivery on “Death Blues”.

“Hollow” and “Nuclear Hate” are the more black metal laden of the rest, blending seamlessly with other tinges that give contour to the songs themselves. This influence is however not restricted to these two songs, as it pops across the album when you expect least. “Beyond Pain and Pleasure” is such a song, however this one along with “Implode Explode” showcase the technical prowess of the band members, emphasizing the technical death nuance. “Narcissist Bastard Nation”, “Neurotic Breakdown”, and “Psychopathetic” are predominantly led by the groovy side of things, while retaining the gritty old school death metal timbre that gives an extra pounding edge.

As it would be obvious by now, the performance aspect is just great. The album features everything from shredding and double bass flurries to blast beats and churning riffage. Vocally, we have an even greater diversity since almost all the vocal styles employed across metal are present. Personally, I’m not a fan of the old school style of production with loose and gritty tones, but it works very well with what is being conveyed. The instruments are all in their rightful places, so there’s no room for complaint.

Beyond Pain and Pleasure : A Desert Experiment is a very solid album. It is a very engaging listen, with no lows whatsoever. I would like to draw comparison to other albums, but I cannot. In its unique approach, it blends things that haven’t been put together like this. Such daring songwriting is sorely missed from the metal scene. New life is imbued into tropes old and new in the form that this record takes. Death Tribe is not a project to miss out by any means.