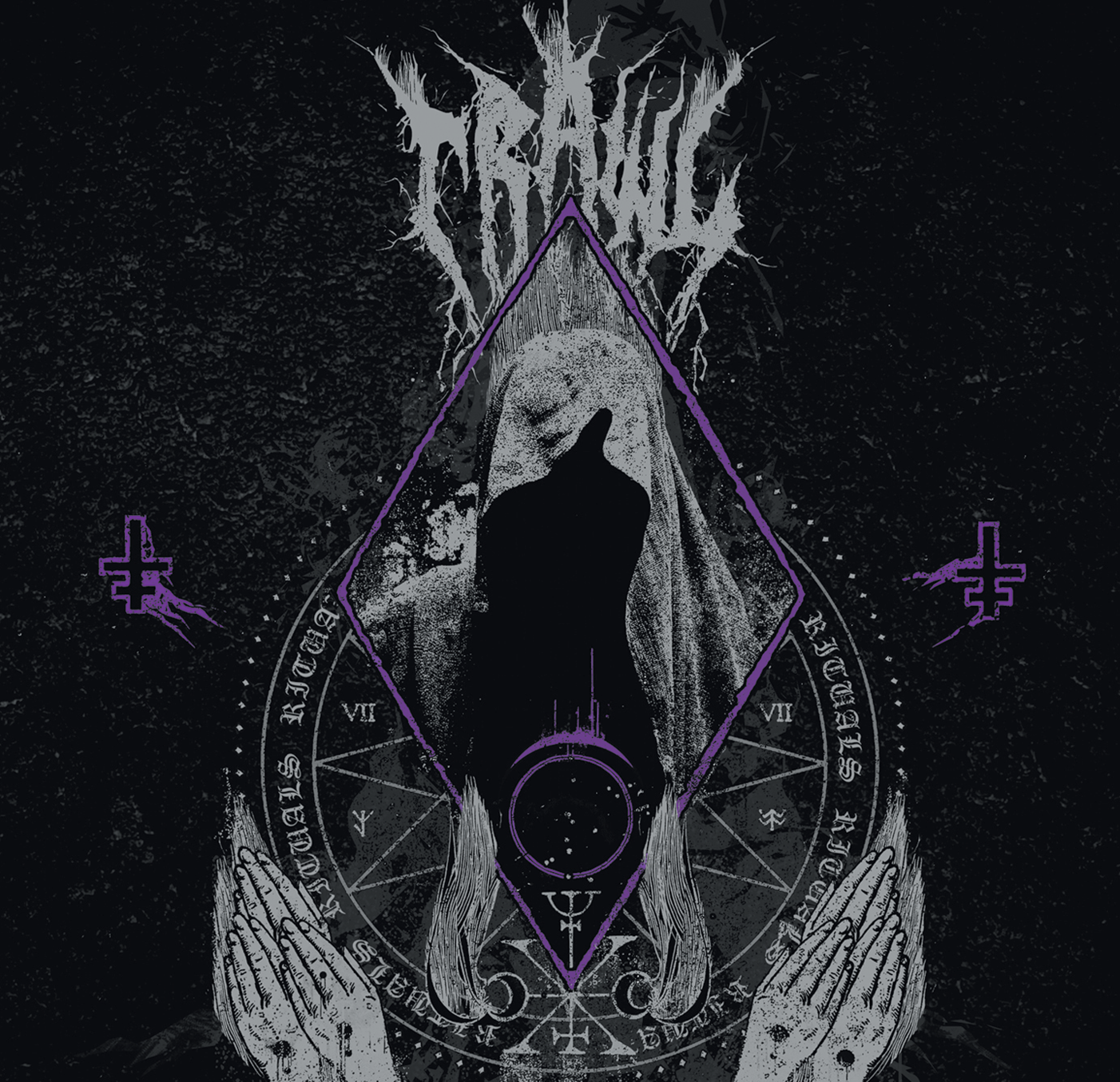 If you ever wanted death metal to sound like it did in Stockholm in the early 90s, then this album is perfect for you. Crawl’s Rituals will make you want to party like it’s 1995.

Crawl first began to release EPs on their Bandcamp page in 2013. Curiously, Rituals is not listed there at this time of writing, not even for pre-order. With 9 songs, it is a bit long to be considered an EP. However, the whole thing lasts only 26 minutes, so how can it be called an album? Easily enough: the songs come together to form a recognizable artistic statement and show, in a complete way, where Crawl sit at this time of writing.

In terms of writing, Crawl stick to the mid-tempo and fast ranges. Blast beats are few in number (though “Sentenced To Rot,” embedded above, has this familiar Dismember staple). Their riffs are dominated by big, un-muted power chords. This is death metal, loud and proud. How loud? Every single song on Rituals has guitar feedback in it at one point or another. And if cymbal abuse was a crime in Sweden, Crawl’s drummer would be in jail by now. He uses some of the subdued D beat technique that figured in some Dismember songs (“Defective Decay” comes to mind, which Crawl’s “Sentenced to Rot” sounds a bit like). Another point of concordance appears in Ritual’s closer, “Coven Of Servants,” which has a tremolo-picked hook-riff that sounds like — wait for it — an Entombed song called “Crawl!”

Another way in which Crawl achieve this ‘Swedish retrodeath’ style would be their tone. I am unsure as to how Crawl did this, but Uffe Cederlund of Entombed told me in 1992 how he got it: tune down four frets, then play through a Boss DS-1 distortion pedal (the orange one with the three knobs) cranked all the way, feeding into a Marshall amp similarly abused. He did not say this, but a noise gate might help too (and yes, I am aware he might have been pulling my leg) but the liberal amount of feedback on Rituals implies Crawl opted against taking that measure. And as much brutality as the cymbals suffered on this album, at least the drums are real. One can hear sticks banging together, variances in pressure, and other dynamics that triggers and programmed drums will never be able to accomplish. Far be it from anyone to imply that ‘retro’ would be a bad thing. Ritual’s authenticity outshines what the album lacks in originality, and indeed makes the homages to Entombed and Dismember seem quaint and charming rather than an insult.

All-in-all, Crawl’s Rituals is a heartwarming flashback to a time when death metal was just death metal and had no hyphens. Repeated listens to it made me want to listen to Entombed and Dismember again, and that might not be such a bad thing.