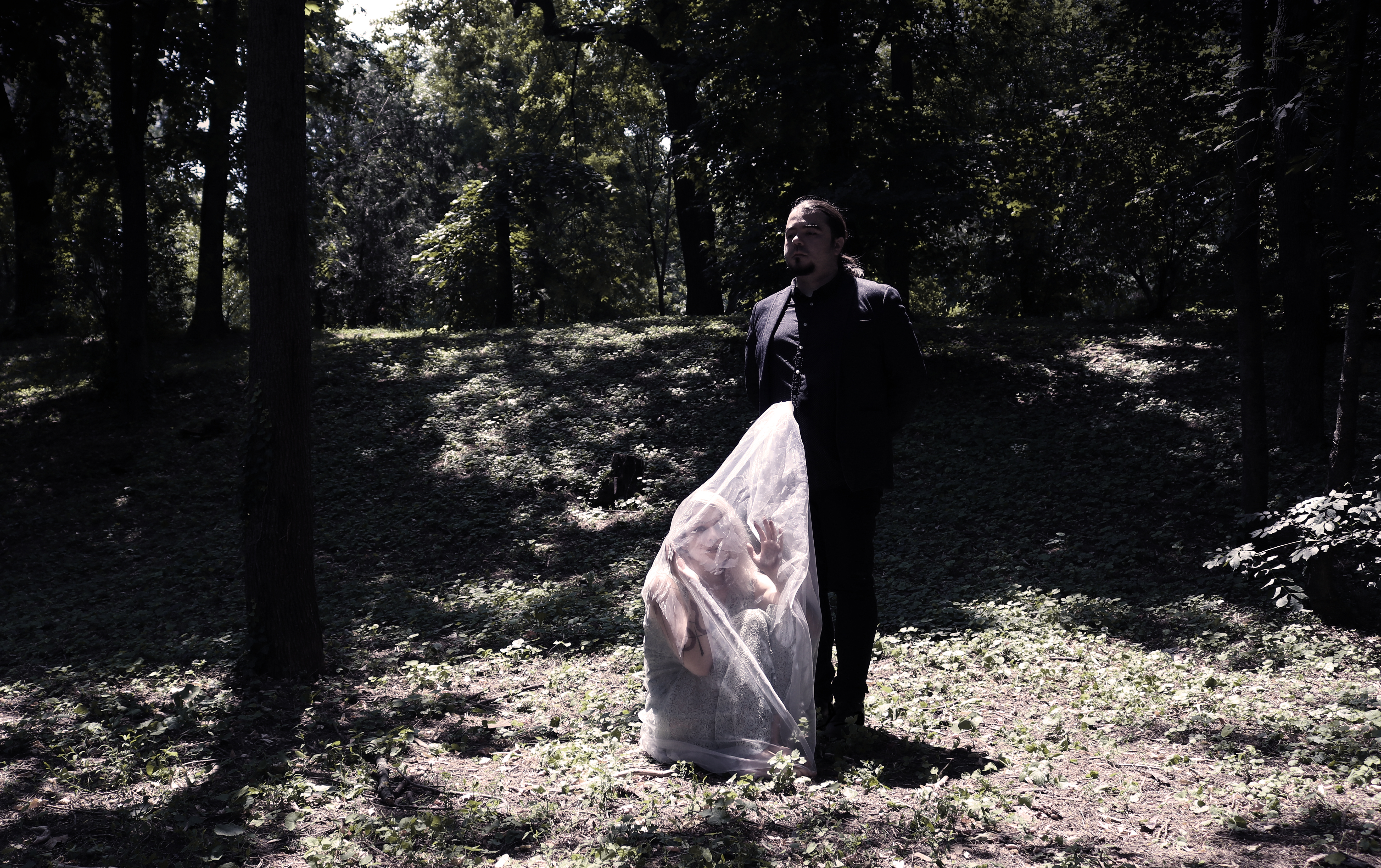 By Scott DemersNovember 2, 2019 No Comments

Afterlife Romance is a fully realized vision of gothic horror put through the scope of sound. The combination of Costin Chioreanu‘s instrumentation and Sophia Sarri‘s vocals makes this a special album that should hold your undivided attention.

There are certain musicians who are in the music scene for, well, music, obviously. However, there are others who like to incorporate a fully developed idea into many forms of art. Whether it be stage design, visual art, multimedia projects, or whatever: there are some people who live and breathe through their artwork. Today we will be talking about those artists, and more specifically about Costin Chioreanu and Sofia Sarri.

Those of you who have been around the metal scene for a while probably inadvertently know of Chioreanu’s work. He’s been involved with many bands through his graphic design work, illustrations, and as a video artist. Some of his works have had him working with bands such as Emperor, Opeth, Ulver, Arch Enemy, and so many more. Through his TWILIGHT 13 MEDIA company he has designed album art, concert posters, filmed and animated videos, and a ton more. Chioreanu has also put out music of his own over the last few years, which you can find and listen to on his Bandcamp page.

Sarri has been involved in the music scene for many years now too, having released her first album with Night On Earth in 2005. From there she has been collaborating with many musical acts and musicians, all the while working on her singing and stage presence. Eventually she came to release her first solo album Euphoria in 2017 through Inner Ear Records. She is somebody who fully embodies her art, and this becomes very apparent when watching any live performance she does.

Introductions aside, let’s listen to some music. I chose this album because October is officially spooky season and should not be seen in any other way! I figured with an album title like Afterlife Romance we could get some good gothic horror to listen to; I wasn’t entirely wrong. “The Gardenian Night Shift” is such a good opener! We hear the sound of crickets and then a deep chug of a guitar, while birds of the night hoot and chirp in the background. The song fully kicks in with some deep, resonating strings, and when Sarri sings she lets out an almost mournful, operatic, choral tone. When the guitars mingle with all of the layers of synth, we begin to realize we’re in for something special here. The guitars sound like they shouldn’t blend well with the rest of what’s going on at all, and this is what gives off a lot of the unsettling feelings. It’s wonderfully brilliant in the execution (pun definitely intended).  Overall, the opening track is a slow, atmospheric burn to get Afterlife Romance going.

The next track, “Sulphur Promenade”, continues on with the eerie soundscapes, creating a vibe where you can feel like you’re walking around in an old castle, which may or may not be haunted, and through a window you see a foggy cemetery, complete with ruined stone monuments. At first, Sarri comes in with emotive, belting vocal passages until she begins to devolve into nonsensical ramblings. These incoherent words are overdubbed and play on both sides of the speakers, creating a very haunting vibe. Again, I cannot speak highly enough of the atmosphere and soundscapes that permeate the album. It’s some of the most unique sounds I have heard in a long time, and it keeps me ready for more.

As I listen through Afterlife Romance I keep flip-flopping between thinking that Sarri’s voice is my favourite part of the album or that Chioreanu’s soundscapes and songwriting are the best part. In truth, the combination of the two, merged into one creative and fully formed piece of art is what is to be admired. Some of my favourite vocal melodies come from the song “A Blooming Moonflower”. There is a ton of emotion being pushed out through her voice that it makes this romance feel real, as if in a dramatic re-telling of the actual story.

Overall, there’s a sort of B-horror movie vibe going on. I am constantly reminded of Hammer‘s horror collection of films and my mind’s eye is roaming in and around the aforementioned old castle next to the foggy graveyard. All of this imagery comes with the each listen of the album and, I don’t want to speak for them, this all seems part of Chioreanu and Sarri’s plan. They imagined a fully realized vision and then produced it through the form of music. There are parts in here that won’t resonate well with people, particularly the guitar parts, which have a rockabilly vibe. The gothic feel of the record may also not sit well with some, and that’s okay, because they have fully committed to their visions. There’s something admirable about that.

Sofia Sarri and Costin Chioreanu are definitely two musicians everybody should be paying attention to. There is a full realization of potential within the music they are creating, and it comes through as mental imagery in a melo-dramatic fashion that I could picture on a stage or screen. I can hear a definite love of film and old poetry seeping through the tracks. Not only is Afterlife Romance a great listen in October, it’s a must listen at every other time of the year. This is a unique album which needs to be experienced, so go do that right now!