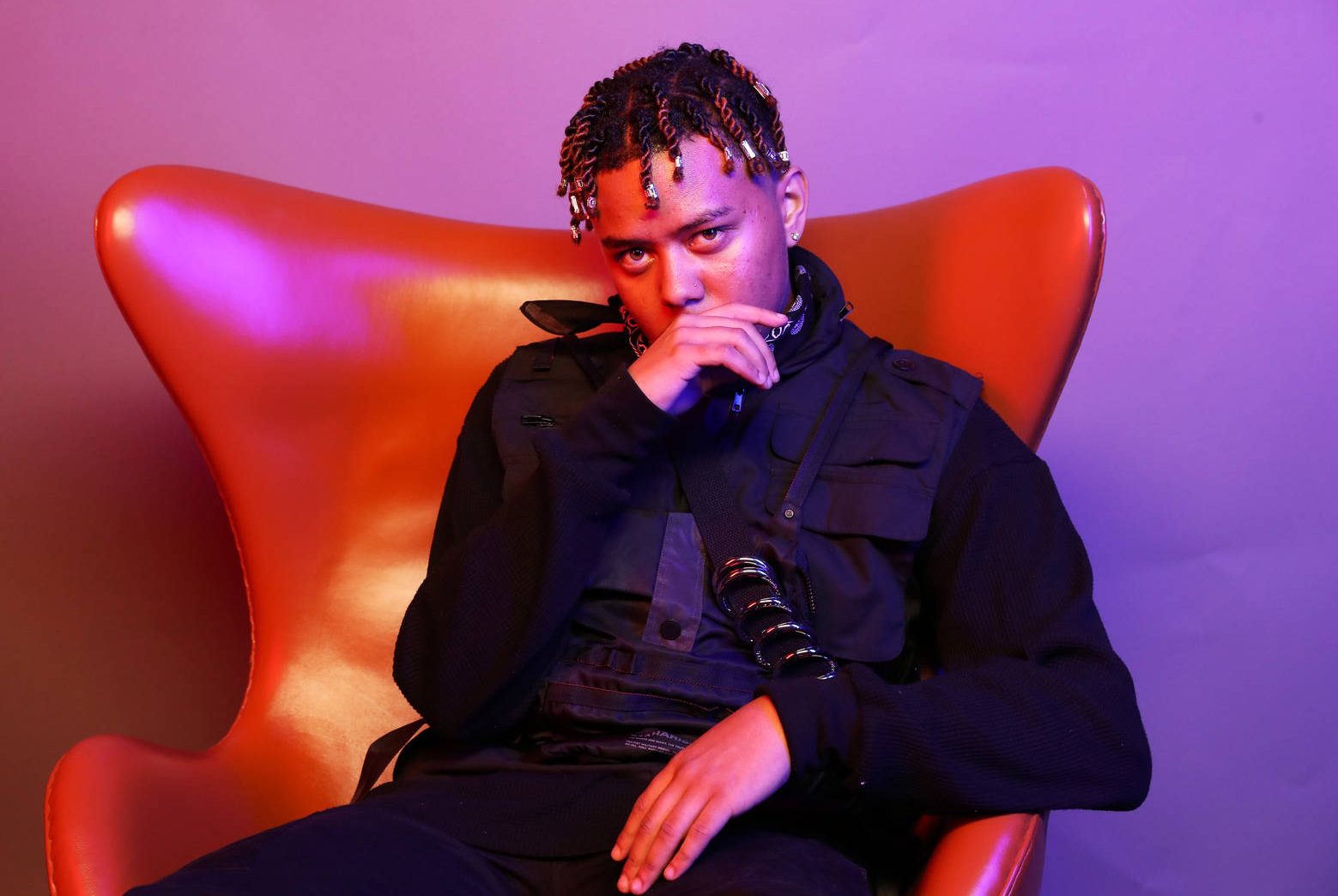 By David RodriguezMay 7, 2021 No Comments

Cordae said fuck it and blessed us with four tracks that continue his lyrical, reflective, tight style of hip-hop in a great way.

Cordae is baaaaaack. Kind of. Sort of. Just until his next album. Get it?

The Raleigh, NC rapper really captivated me with his candid, youthful attitude in 2019 when he was part of the XXL Freshmen Class of that year and also dropped a hell of a debut with The Lost Boy. The album had a lot to do with finding yourself and your place, something that resonates with young adults. Hell, I’m 31 and I’m pretty sure where I’m at now wasn’t meant to be my place forever. That’s another article though, probably on another site altogether.

Cordae felt like dropping a little appetizer of an EP while he finishes up his album (‘I ain’t dropped a song in a year, my fans is happy to wait/Designer music, turned my album in fashionably late‘), returning a little lighter in both the output itself and from losing his ‘YBN’ clan tag.  Four tracks, two features, 12 minutes, and a whole lot of reason to look his way if you’ve been sleeping.

Just Until…. is a continuation of his debut album, showing a rapper hungry as hell, but never enough to lose sight of what’s important or where you came from. It’s all feel-good stuff without being corny or insincere. “More Life” sees Cordae take stock over a simple, airy beat with neat and tidy drums, bold bass, and ethereal samples. Q-Tip from the mighty A Tribe Called Quest comes through for the hook filled with some equally simple wisdom, that maybe the answers to some things are right in front of you, found in life itself and living it. This goes well with the music video’s theme of Cordae visiting his old stomping grounds, showing a new wholesome side to the track that elevates the song even further. Some lines really hit in this song and make your ears perk up:

‘But honestly, what is we doing it for?
My happiness, I’m still pursuin’ the source
Laid my life over these lucrative scores
Document struggles that we choose to endure
And they wonder why the young ni**as lootin’ the stores‘

“Dream in Color” is a sweet song, utilizing some more lively production as invoked by the title itself, and getting deeper into personal issues. He addresses his mental health of the moment with some genuine truth: ‘Still fightin’ off my paranoia, shit too real, just fired my lawyer/Trust issues, I’m needin’ to fix it, that could be an empire destroyer/You seen what happened to Julius Caesar‘. On the flip side though, Cordae‘s quick to shout out the good, the stuff that keeps him more level in life, not to mention humble and grateful — how many rappers you hear talking about their tinted Honda Civic and admitting their Lamborghini truck was rented? He also references his partner Naomi Osaka with a bar that sounds like something Drake would rap (‘My girl would forfeit a tennis match to meet my grandmama/Man, she truly a keeper’), but he makes it work since it gives the track those hints of sweet realness.

That’s kind of the magic of Cordae. Dude can drop some nice gems that won’t shatter the earth, but they can catch you off guard by showing the color of his personality and make you cradle your chin in thought like that one Batman meme. You smile, maybe you wince and go ‘oooh’, but you’re never under the impression that he’s putting on a front or shifting into a new person when he picks up the pen or goes in the booth. It’s a very understated, powerful form of lyricism that isn’t in your face, but palpable all the same for keen ears.

This is something that carries over to even his more boisterous tracks like “Wassup”, which has Young Thug on it. It starts off easy enough with some tender acoustic guitar, but the beat seems to become sentient and says ‘fuck that’ before you hear the Take a Daytrip (who also produced a certified banger on Cordae‘s first album) producer drop, the heavy drums burst in like a wrecking ball through a living room wall, and things get gritty. The duo trade off shots with, though not to, each other, with one of Cordae‘s best bars housing a throwback to my own childhood, in double time no less (‘We was in the trenches, ni**a, you was playin’ Tech Deck‘), whereas Thugger aims for more punchline-heavy bars that range from chuckle worthy to middling. Still, he sounds great on the track, vibes well with our marquee rapper, and has his own shit to brag about: ‘I been in the slums givin’ all back/Tell me, where the fuck is Donald Trump at?’ Not in the White House, that’s for sure.

Culminating at the end is one of the best tracks I’ve heard from Cordae yet. “Thornton Street” is another reflective, acerbic song focusing on his family and upbringing. The first verse is directed to his mom and how her birthing him at the young age of 15 forced her to drop out of school and put her own life on hold (‘She had a desire to sing and I admire these things/At times a ni**a feel guilty I retired her dreams’). Second verse is mostly pointed at his dad, pouring out lyrics of how he spent time in prison and still stayed connected with him out of love and respect. The beat is appropriately melancholic with East Coast flavor, but keeps the drive going for the vocals to be the centerpiece.

The song is exemplary of Cordae as an artist, but also as a person. These are very private things he’s divulging — not exactly unique, but nonetheless real shit that built him up to who he is today. He reads as a product of nature and nurture alike, and it’s keenly felt in his music. This is what caught my attention with The Lost Boy, and it seems he’s digging in even harder with new music as he continues to do his thing, get more comfortable, and show what he’s all about, for better or worse. No one’s perfect. Calling back to the artful references in “Dream in Color”, and referencing Jay Z, the last verse on “Thornton Street” ends thusly, summing up all Cordae is, and perhaps will be:

‘My whole life is a canvas, I’m supposed to paint it
You can’t tell? I’m the new Jean-Michel
My future is a sure thing like the don Miguel
This ain’t background music, boy, these rhymes are felt’

Cordae fed the fans with this EP, its title referencing a detour or distraction until the big stuff arrives. I do cringe a bit when artists drop loosies in between larger bodies of work because they tend to be throwaways and forgettable solely because they aren’t attached to a well-thought-out project, the assumption being it wasn’t good enough for those projects and belonged on the cutting room floor. Just Until…. is anything but — he’s commanding our thoughts, teasing us along with the various algorithms all over the internet not just to stay relevant, but just until he can bring the real heat. It truly feels like a gift, for no reason other than to give out of kindness. I’m still of the mind that Cordae is a future GOAT and we’re simply witnessing history in the making here, and witness we shall, just until he makes it to where he’s supposed to be.