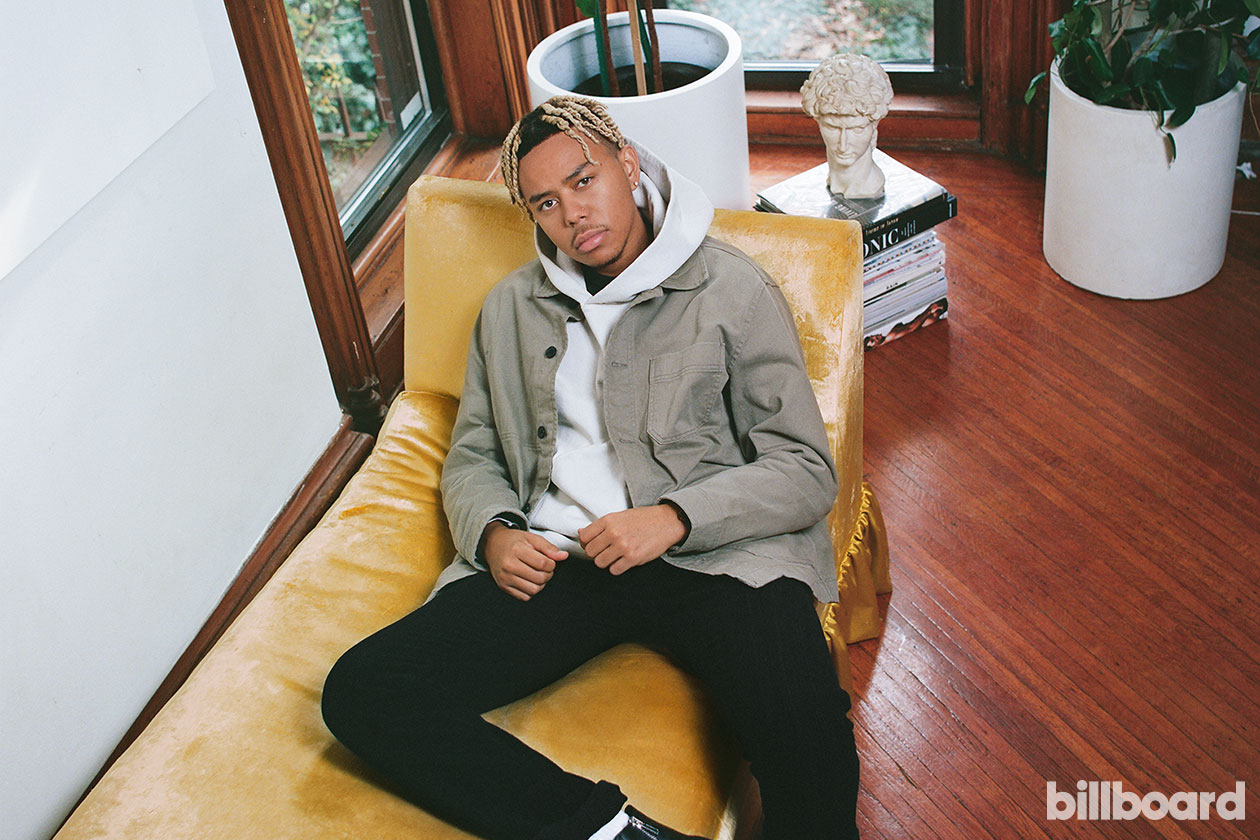 Cordae – “From a Birds Eye View”

By David RodriguezJanuary 29, 2022 No Comments

Cordae returns to give us another slice of his life, though this time he’s not merely a promising rapper – he’s a bona fide star. Has it distracted him from the things that matter most?

Doing your own thing comes at quite a cost. You alienate people – if they aren’t vibing with what you’re doing, they’re gone. It could cost you some relationships, money, peace, and more quantifiable and unquantifiable metrics of life. You best hope that whatever you’re gaining in the process is worth that loss, and it’s gonna be different for every person. How does this apply to music? Simply, perhaps overly so, when artists go in certain directions, they may lose fans.

What has Cordae been doing since his first album, The Lost Boy? Succeeding, maybe even finding himself. I really liked The Lost Boy Cordae though. The potential was palpable – I could see this dude becoming something huge. Maybe that’s already happened. Millions of plays on his album’s songs in two weeks, videos with just as many if not more views, tracks with the likes of Q-Tip, Nas, Lil Wayne, Young Thug, and *winces* Eminem. He’s doing his damn thing and getting a lot of attention for it! So then why do I feel like From a Birds Eye View (no apostrophe in ‘Birds’ – that’s not a typo) is lacking?

Let’s start with some strong points: fundamentally, Cordae is still the same dude. I’m not gonna act like he’s totally changed, because that’s too dramatic even for me, not to mention flat-out wrong. He’s young, clearly enjoying life, and still figuring things out. There’s a couple songs here on this album that feel like more of a straighter shot from his previous work like “Momma’s Hood”. There’s a sentimental tint to the production while Cordae reminisces on a number of things – lost friends, ditching class to shoot hoops, coming up poor, etc. The whole second verse and outro is dedicated to his friend Juwan Walls, or ‘Pit’, who died in a shootout, which gives it an emotional weight that the Maryland rapper has proven to wield quite well in the past.

‘Why they had to kill my ni**a over a few little pounds?
When I got robbed in high school you even flew to the town
Couldn’t really live with him, now I’m livin’ without him
And you was just here with us listenin’ to the new album
Told me that it was a classic, better than my last shit
We used to have hoop dreams and skip all our classes
And now my ni**a dead and gone, shed these tears up in this song‘

There’s other personal ties with From a Birds Eye View that makes it feel tender and intimate. The album’s intro and middle interlude track feature a phone freestyle and an incoming collect call, respectively, from Shiloh, Cordae‘s friend who’s currently in prison on a 25-year sentence – for what, I don’t know, but I’m sure I’d find it hard to justify a life sentence for young man like that. While not adding much to the album musically, it’s an aesthetic and thematic shot in the arm for it, and reminds you there’s still a lot weighing on the 24-year-old. I wish there was a bit more of this heart present on the album.

It’s moments like that and “Momma’s Hood” (and others) that end up making songs like “Super” pale in comparison. It’s an all right song, stacked with braggadocio and, uh… rich dude problems. Cordae raps about making seven milli last year (likely 2020 at the time of the song’s writing) without doing a single show (impressive), getting Coca-Cola money for a Super Bowl commercial (nice), and personally texting with Jack Dorsey (eh), and that’s just the hook. Look, I grew up in the bling era of rap where it was flex or die; I do not mind the money talk at all really when done well, and far be it from me to dictate or judge what a young Black man raps about in his songs, but here it almost feels flat compared to the more widely relatable and personal moments. No doubt though that he has some great flows on this track, and that’ll carry just about any lyrics into a memorable space.

It’s also worth noting that the features don’t feel as expertly utilized as they have on past projects. Between Lil Wayne, H.E.R., Freddie Gibbs, Lil Durk, and Gunna, H.E.R. feels like the most worthwhile edition, adding a special layer of care and attention to “Chronicles” even if it was short-lived, and a much-needed foil to the testosterone on the whole album. Stevie Wonder does have a melodic harmonica solo at the end of “Champagne Glasses” that’s neat, but feels more like a ‘just because I could’ feature than anything else. All other rappers’ verses are inoffensive – their best pens were not used to write their lyrics here, but they fit well enough with Cordae and the themes of the songs they appear on that it’s passable. Lil Wayne probably fared the best here with a handful of very, very Wayne-y bars: ‘Many men gon’ need ministers, I’m amenin’ ’em/Enemies, I’m the enema, I’ma shit on them/ Just like my keys, drop my genitals on her dental work‘. Compare all of these features to something like Anderson .Paak on the track I linked earlier, or even Pusha T on “Nightmares Are Real“, and it’s not even close for me.

What keeps me listening regardless, though, even when the lyrics aren’t as grabby as I’d hoped, is the damn production. There’s a lot of well-layered and entertaining soundscapes that almost seem to lift you off your feet. “Want From Me” is a standout with its bass groove and twinkly piano dangling in the rear of the mix with the backing vocals. It’s lush without being too showy. “C Carter” has a jazzy, bluesy feel to it to go with his lyrics of dreaming big when young and seeing much of those dreams realized. “Westlake High” is another favorite in the production department, even if it’s more on the traditional side of things, using a prominent, crispy drum beat, and sampled vocals and horns to build up a big space around Cordae‘s reflective bars that reference the high school he went to. He ends it all by dedicating the whole album to his grandmother who actually sung on The Lost Boy and unfortunately died in 2020.

Cordae is feeling himself right now, understandably so. From a Birds Eye View is a good title for the album as you get a great, big macro look at where the artist is at in the last couple years, reaping the benefits from the rough come up he’s had. He captured and kept my attention by being genuine, something that seems to come natural for him and even when he’s indulging in the excess, it’s done with the understanding that it was hard-earned and shouldn’t be taken for granted. For someone who seems to have a mailing address in the stratosphere now, he does make effort to remain humble in the ways that matter and never forget where he comes from. That’s always going to garner respect from me and so many others, and that’s always going to imbue his flavor of hip-hop with the qualities that matter most. I just hope he can pick up more momentum on his next project and create something truly cohesive.