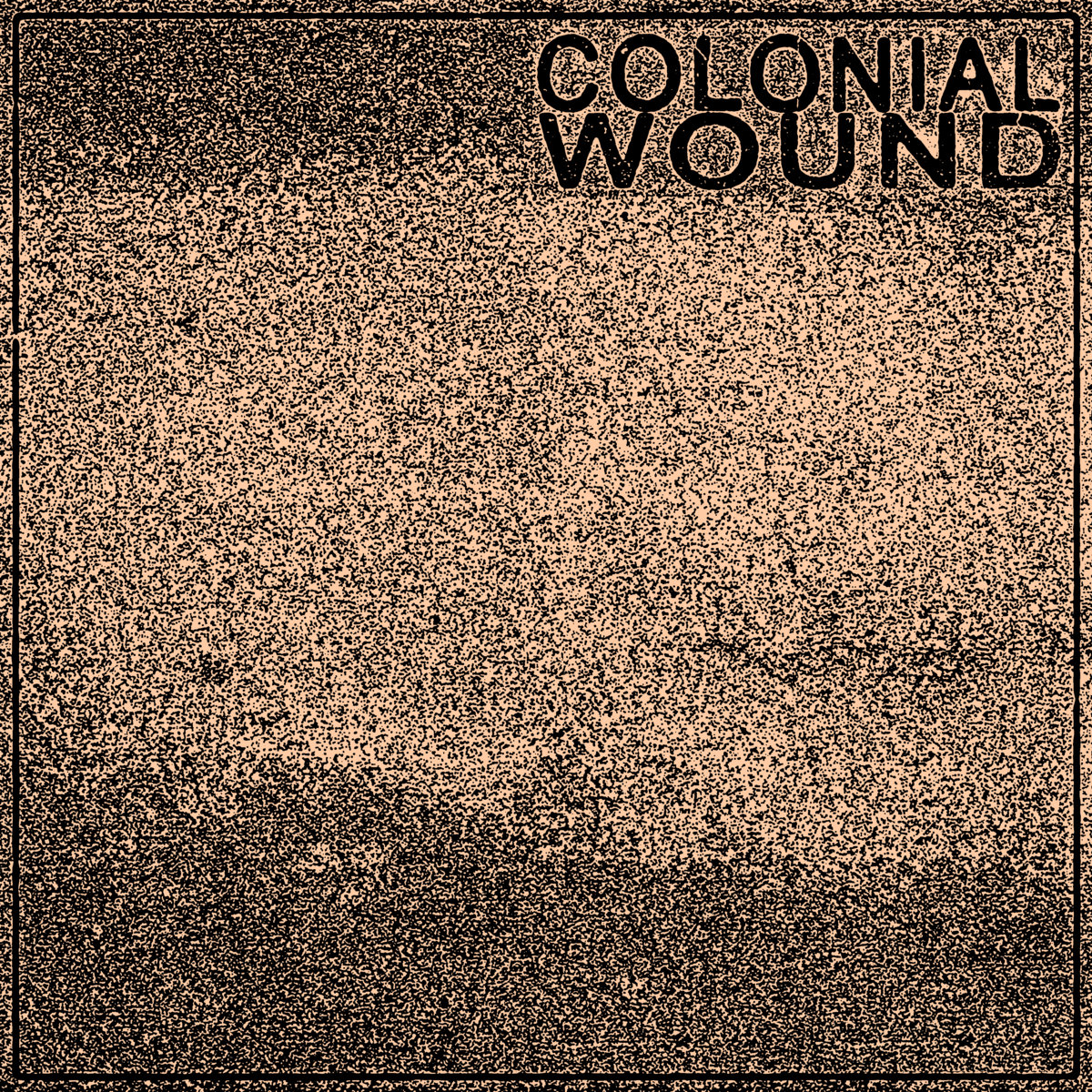 Colonial Wound promises to abruptly and intensely injure you with their debut ep Untitled.

Colonial Wound came into existence seemingly from nothing during last week. They appeared on social media platforms winged with their debut release Untitled, spanning five tracks of abrasive and dissonant hardcore. Musically close to the kinds of KEN Mode, Trap Them and Head Wound City, on Untitled the trio delivers an unapologetic, aching and haunting compendium with a southern twist. The organic production creates an unsettling atmosphere that feels like scorchingly dry desert air, making it uncomfortable to breathe and to keep your eyes open.
It takes few listens for this release to fully open up. It takes a moment to distinguish the individual songs and their respective assets, even though different, memorable hooks are planted frequently and there’s some catchy riffs included. Without sugarcoating it, the tracks overall lack personality at times. However, the songwriting is really strong, so personally I’d be willing to give Colonial Wound benefit of the doubt. After all this is their first release and it has a lot of potential, more than most actually. Aggression and execution makes up for the fact that their influences can be heard pretty clearly throughout. While taking these statements into account, the band still doesn’t sound like they’d idolise their predecessors effusively. Not once do they condescend to the point where they’d compromise their own nascent voice by trying to sound like someone else.
“New Skin” ignites the release with ringing, open chord riffage that is prevalent through all songs. The track then wavers through calmer passage into a hefty break and a drone-like, bulldozing outro. The structure on all five pieces are pretty similar, but it doesn’t get numbing at any point. The tracks are of shorter kind and pleasant to listen to. The overall mood of the ep is bleak and hopeless, and the lyrics don’t exactly read like they were written under the warm Florida sun either. It’s easy to relate to the lyrics, though they might seem ambiguous at first. I consider that to be a positive thing; It’s refreshing to read something that doesn’t constantly trumpet only one right, humdrum interpretation. It’s nicer to just mentally drift off with that sort of material, rather than to have someone explaining something to you like you were four.
“Necessary Fires” and “Instilled (interlude)” are some seriously stomping tracks that further expand Colonial Wound‘s repertoire, but it’s the two final tracks that really floored me and made me want to listen to them on repeat. The frantic pace, constant time signature changes and rhythmically distinctive drum beats in “Passenger to the Blur” make the stand out moment of the ep. Add a minimal bridge and a surprisingly melodic section towards the end, and you have a winner. Since the ep is mostly constructed on pulverizing, hardcore oriented beating, it might sound a bit peculiar to claim that the most melodic tracks work the best. However, while the latter tracks are more melodic, they’re also more varied compositionally. That balance is where Colonial Wound also thrives. The closing track “Savior Claim” offers some structural polyrhythms and the most catchiest main riff on the release. It also has an eerie vibe to it throughout, which acts as an atmospheric closer, noise crescendos and all.
Going back to where I started; Untitled is one hell of an ep for a band that came out of the blue a week ago. A band, whose first live performance is to be an opening act for Torche. While the sound is familiar and a tad generic at times, this ep is worth your time and this applause. If you like the reference acts I stated earlier, you will swallow this ep whole. Then eagerly and impatiently wait for more, since the appetizer only made you hungrier. I testify.