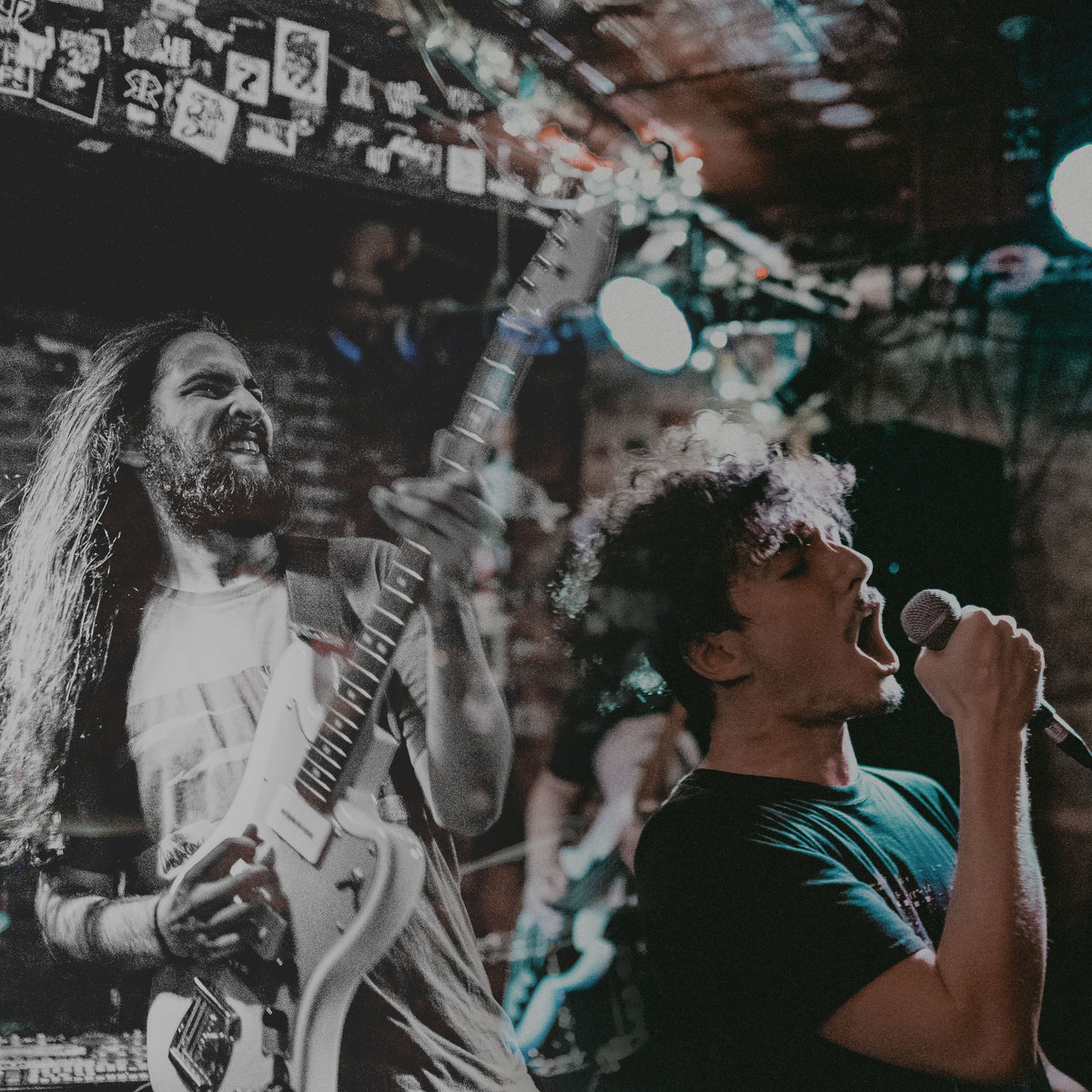 By Robert MiklosJune 4, 2020 No Comments

Codex Orzhova made one of the most compelling mathcore records of this year, so you’d better prepare yourself for Baja Blasted because it will blast you into oblivion.

Codex Orzhova is a fresh new musical outlet from Baltimore, Maryland, USA. The band features members of NoiSays, who you might know as a mathcore band from the same city. Codex Orzhova just recently released their debut album, which is titled Baja Blasted. You might recognize the album title from the specific Mountain Dew flavor – Baja Blast. Over here in south-eastern Europe we still don’t have any Baja Blast so I can’t speak for it but I can sure as hell tell you what’s up with Baja Blasted. It’s more refreshing than any carbonated drink I have ever touched so there’s that.

Before I delve into the soundscapes that are sure to set your speakers (or headphones) alight, I’d like to present the line-up. The band is comprised of Anshuman Goswami on guitars and bass, Ryan Dunn on vocals and synths, and Adam Smith behind the drum kit. The record was mixed and mastered by AJ Viana and it shows. You may or may not know AJ Viana as the drummer from Hath, and the man behind Ophidius. He also mixed and mastered Hath‘s debut album.

Now onto the music at hand. Aside from the fact that Mountain Dew are missing out from popping some of the tunes off Baja Blasted in their commercials, if you are into dissonant and chaotic hardcore you’re also missing out if you haven’t listened to the album yet. Why? Well where would I even begin? The record packs ten tracks in a modest eighteen minutes and (almost) every second is basically a sonic bulldozer. This isn’t your usual mathcore mind you. If I’m not mistaken synth infused strains of mathcore and similar sub-genres are referred to as nintendocore, synthcore, and cybergrind. It’s hard to ascribe Baja Blasted to any one of these, as sub-genre nomenclature is rather vague and the band is doing an excellent job at throwing together a lot of ideas into an electronically charged whirlwind of churning beats and crazy guitar work.

While it’s easy to kick some synths into a mix, it’s anything but easy to make the sound work with the unrelenting and punishing character of such kinds of hardcore. Codex Orzhova don’t simply make it work, they make it sound like there was no other way for this record to exist. To top it all off, the songwriting is some of the best you will encounter in this niche. You get all the spicy, face melting riffs, the absolutely wild vocal delivery, the drumming that is akin to a programmed machine – because you’d think no human is capable of it, and of course the haptic and dissonant melodies. While the electronics hearken to chiptune and synthwave they have a charm of their own that binds them thoroughly to this blend. Sure, I guess you could draw some comparisons between Horse the Band and Genghis Tron to Codex Orzhova, but ultimately they have their own thing going for them and that’s great.

There’s absolutely no filler material – in case that wasn’t understood between the lines – so not only is the record extremely dense but it is also very rewarding. It’s a highly engaging listen which in spite of its weight doesn’t become tiring even after a few consecutive spins. That’s amazing because I plan to listen to this until I hate it, so I can do the same after I can start listening to it again. It’s also quite neat that even with so many layers kicking around at the same time in certain parts of the album, I can’t say there’s any such segment that is so overcrowded that I can’t single out a particular layer to take a closer look at it. While I can’t say that any particular song is above the other, my personal favorite is “Bodies Beneath The Wheel”, simply because next to the rest, it also comes with some epic atmosphere in its edge.

Baja Blasted is easily album of the year material, within this niche at least. I am very much looking forward to see this project go places and make more awesome tunes. It’s not often that you can find something that is equal parts fun, immersive, energetic, densely-layered, and brutal as well. Alright, I won’t take up any more of your time, go an check this stuff out, like, right now!