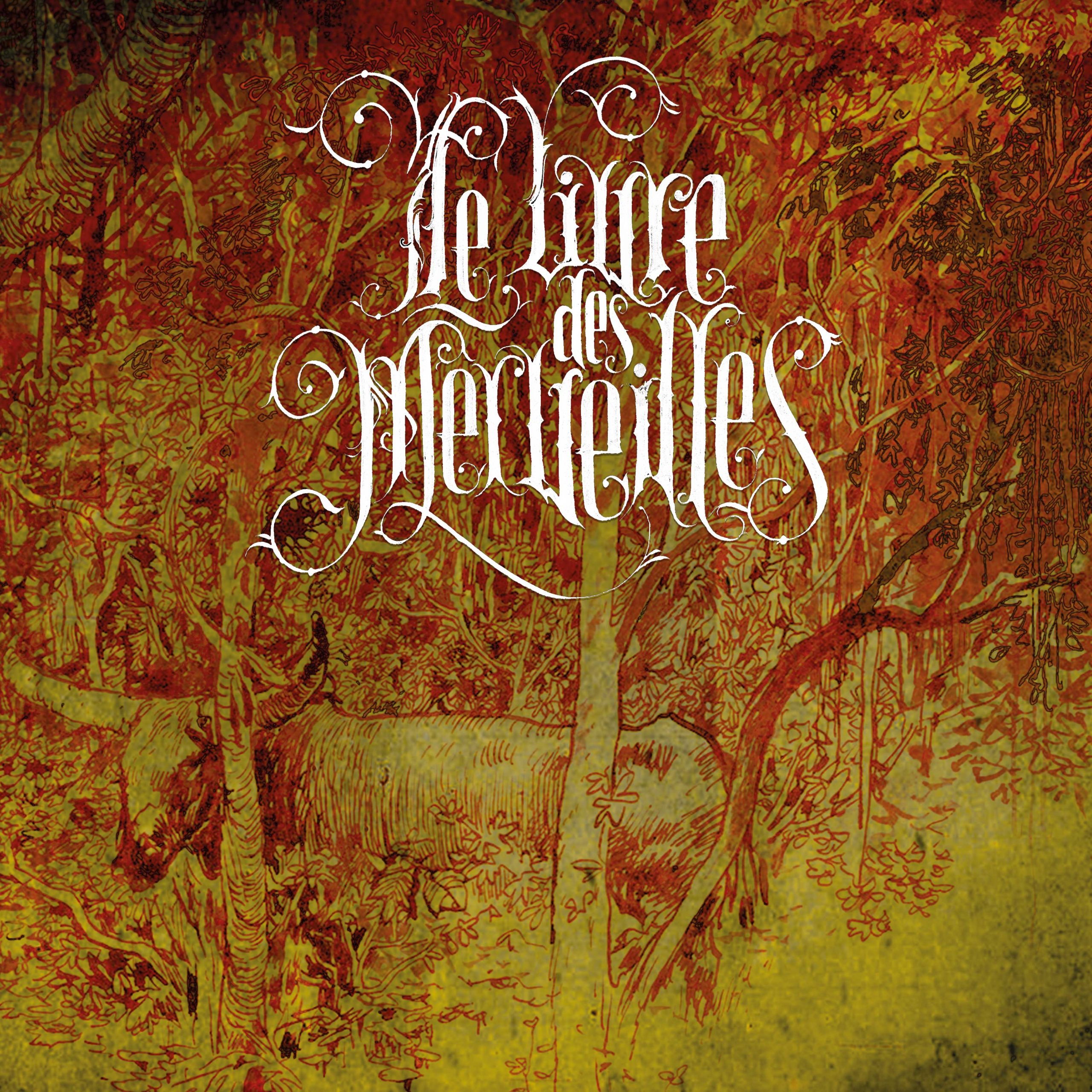 Le livre des merveilles by CHROMB! is a collage of a multitude of genres, contorted and twisted into an interesting work of art, second to none.

My absolute favorite genre is actually having no genre at all. To me, evading genre descriptions or classic labels that could lead to easy classification is an essential part of music, as it represents a certain sense of free-flowing art. This is also precisely the reason I want to tell you about CHROMB!‘s new record Le livre des merveilles. Reading their self-description on Bandcamp should tell you everything:

‘CHROMB! is a quartet with strings, reeds, 88 keys and drums in, wired on 220volts, making rock with no guitar, distorted jazz or chamber music for sick kids and emotive adults.‘

If your description is this wild, color me interested! So how does CHROMB!’s music sound like? Like a free jazz musician was sent back in time, and his compositions made peoples’ synapses overload.

For example, title track “Le livre des merveilles” starts with just the sound of a tom. Its sparse use considered, the listener probably wouldn’t think much of it, but suddenly an incredibly punishing, distorted bass explodes out of the track, whose disorientating nature doesn’t seem to faze any of the instruments as they merrily carry on. Throughout the song this short yet explosive sound will wait around every corner, ready to absolutely crash the harmonies the track is building. As the band leans into a slightly dark, jazzy sound and vocal harmonies start to build, we’re interrupted again, and the track is once more reset to zero. This keeps happening up until the bombastic end of the song, when every instrument seems to give it their all to overcome this cacophonous noise. Is this a metaphor? Is it a reference to the hero’s journey in which our protagonist is the melody and has to overcome this great noise? Maybe. Maybe not. I will leave this interpretation open for every listener to connect themselves.

“Le fleuve Bison”, the next stop in this weird, oxymoronic world of classical alien sounds, tells a different tale though. While we encounter many harsher noises, they seem to be streamlined and intertwine with the instrumentation quite nicely. They serve to push the track further and further, completely blurring the lines of hard rock, synthwave, smooth jazz, and chamber music. Our main motif is a flute-like synth, which could have been lifted directly from the X-Files soundtrack. What deserves special attention here is the blending of oriental music influences with a retro aesthetic, which gives the track a strange otherworldly feel that could only be described as the musical equivalent to the uncanny valley.

On the third track, “Les chevaliers qui apparaissent”, the band changes styles yet again. With a little over twelve minutes, this is certainly the longest track on the record. This is no sprawling epic, though – instead, it’s a drone piece. These are twelve minutes of convulsing, winding drones spiraling into space. But this is nonetheless an interesting musical piece; it is full of little details and deviations, really focusing on the unique timbre and warmth CHROMB! bring to the table.

So at this point you might be thinking that these tracks have barely any correlation, and you’re not wrong: the album certainly lacks a certain sense of cohesion. However, my theory is that this is intentional. Every track serves to disorientate the listener, just as the intro track did; each song is a door leading to a new and even more twisted world than the last. The record is constructed and deconstructed before our very eyes…or ears, for that matter. That aside, the production is fuzzy and warm, just like old tape, and certainly piqued my interest. It has its own style. The songwriting on each track is fantastic, and harbored some of the freshest ideas in the current musical climate. Yet I can’t recommend this to everybody, and it probably wasn’t even intended for everybody to like. It has a certain artsy feel some people might think of as too far out there. While this resonated heavily with me, the avant-garde nature of all the pieces combined could leave some listeners baffled. But if you like artsy music that borders on barely even being within a genre you can identify anymore, this is just right.