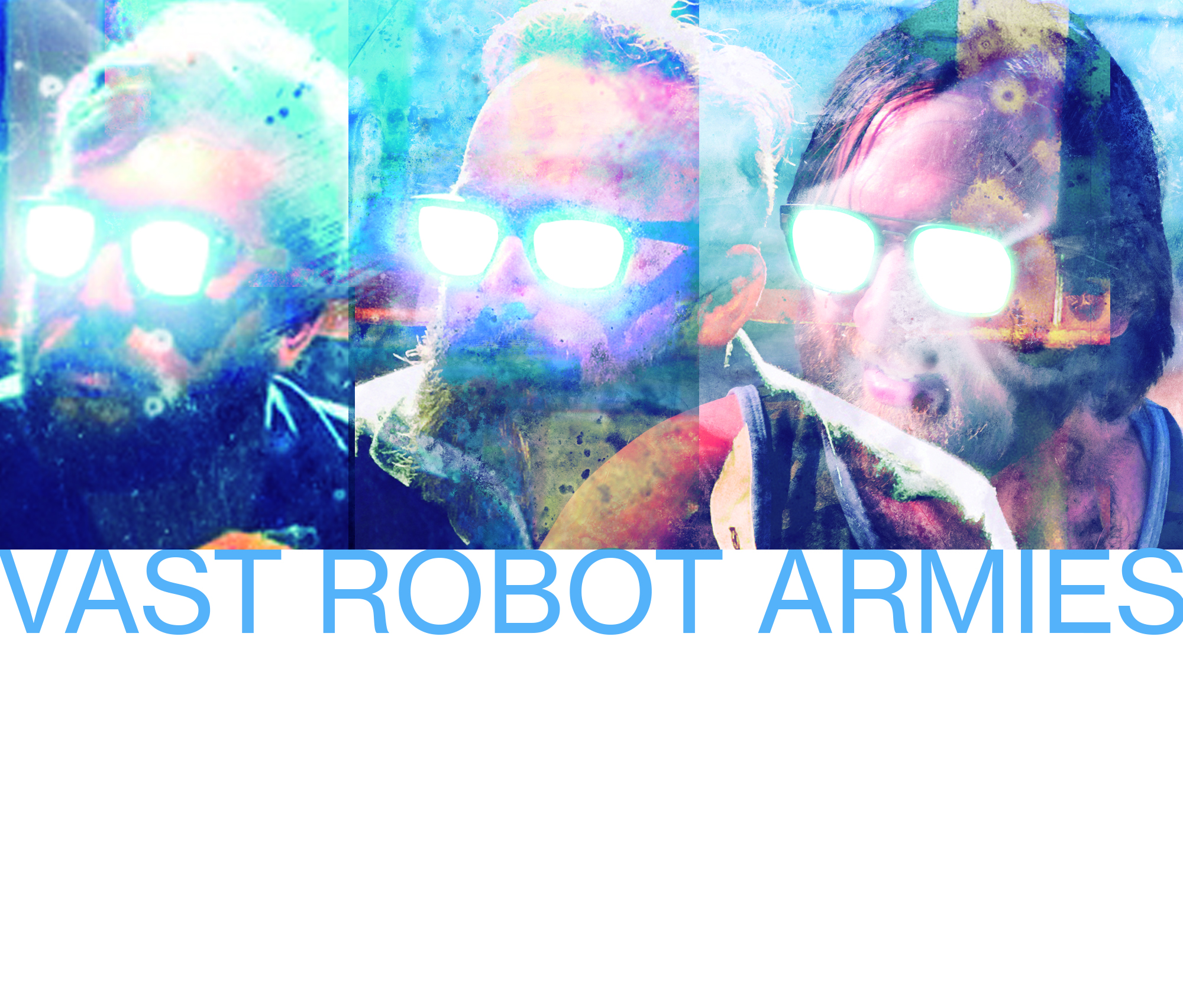 Need a reason to pop those headphones on or turn the speakers up? Look no further, because Vast Robot Armies have you covered. They have decided to premiere their latest full-length record a week before release date with a nice old stream.

Vast Robot Armies are a trio from Canada, who like to keep their tunes light and crisp. Paper Crown Parade is the title of their fresh work and on it you can hear Jason Thomson on vocals, guitars, piano, and synths; John Agee on vocals, guitars, and bass; Joseph Wells on guitars, bass, synth and backing vocals; and, last but not least, Kellii Scott behind the drum kit. Additionally you can also hear Jordon Zadorozny playing guitars on “Said The Universe” as well as piano on “Gateway Drug”. Finally, you can also enjoy the atmosphere added by the backing vocals of Ken Stringfellow and Bob Wilcox neatly peppered throughout the songs.

Paper Crown Parade is the band’s fourth full-length album and it is the culmination of nearly three years of writing, making demos, and having a good time. It is quite palpable throughout the album that how the band felt about their work was first and foremost. It is also obvious upon closer inspection how the attention to craft pays off big time. Now for those of you that aren’t acquainted with the band’s sound, this isn’t some highly intricate, densely layered, and heavily packed kind of trip. On the contrary, we are looking at a record that distinguishes itself through simplicity and balance. Although I’d like to emphasize that by balance, I mean in a broader way how all the varying influences converge and give each other breathe to create a soft hitting dynamic that manages to roll off seamlessly.

For whoever needs something more approachable, let’s say for the sake of it that the band plays a mixture that falls amorphously between indie, space rock, art rock, and 70s pop sensibilities. They’re all brought together in a way that makes you kind of want to say it’s one of those things, but not solely one of them at any given moment. That’s a part of what I meant by balance, there’s this homogenous quality to the blend they stir together. The tunes are quite consistent throughout and they manage to keep things engaging from the first to the very last moment. If I’d have to ascribe the vibes that emanate, I’d say it’s something very bright, upbeat, catchy – but not cheesy – melodic, and with a reinvigorating sense of atmosphere that you would get from taking a walk through the woods near a mountain in spring. I think all of this is very nicely encapsulated within the length of “Life In The Hive”, which I also feel is the high point of the record.

Alright, enough with the words, you’re here for the music, right? Well, that’s that – you can listen to the album below and let yourself carried away by the uplifting breeze that froths at the seams of these sounds.