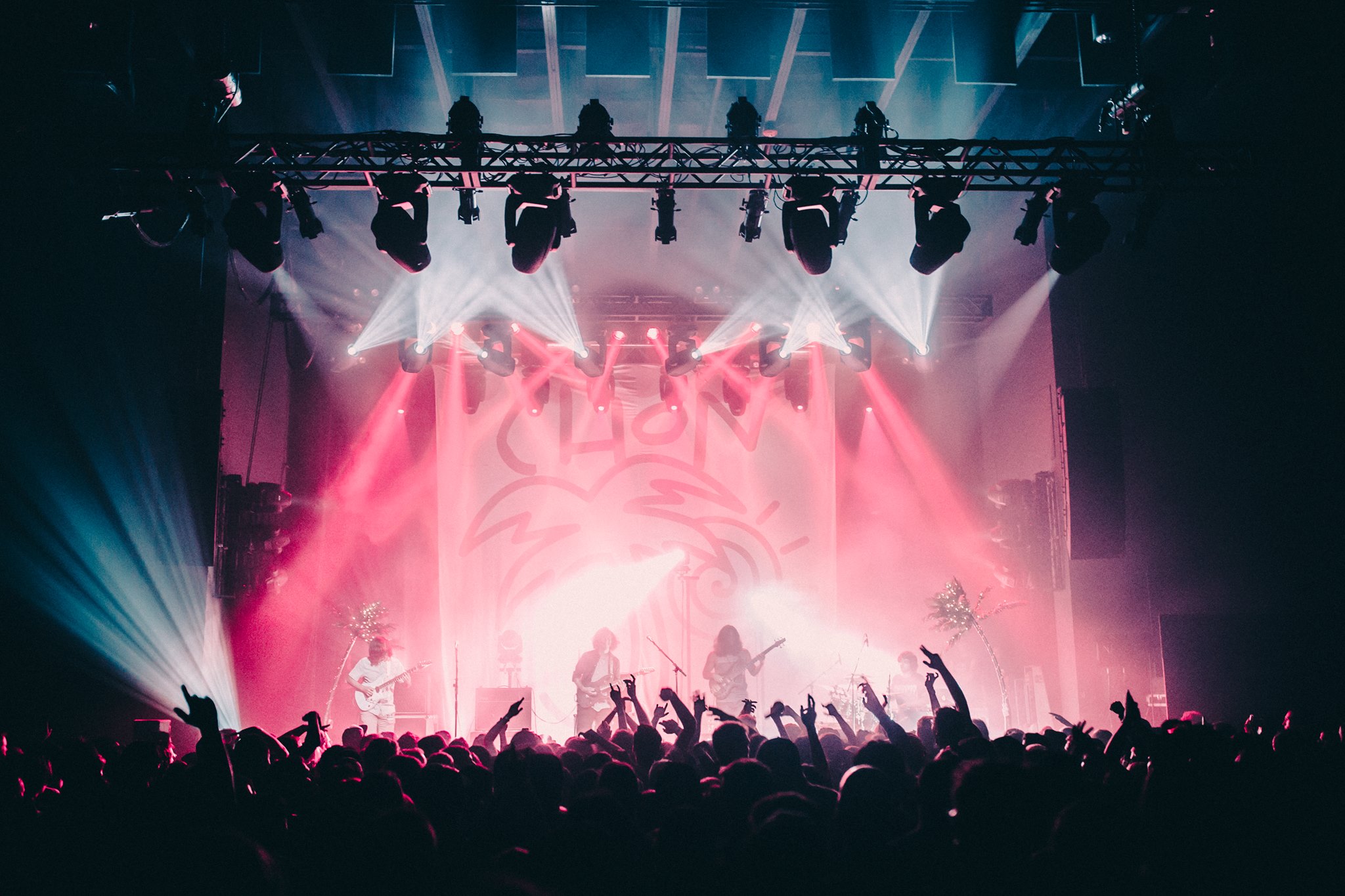 Chon have focused on more simplistic structures, while also including some of their tastiest chops and solos yet this time around. For this and other reasons, there’s not a single skip on the whole album.

Note: While the band lists Nathan Camarena and Esiah Camarena as their drummer and bassist, Brian Evans and Anthony Crawford actually provided the recordings of said instruments on the record.

Summer must be coming up: Oceanside, California’s finest instrumental prog/math rock quartet Chon are at it again! They’ve actually been calling this project ‘Chon bare bones’, since it focuses strictly on the band themselves. This record features no vocal collaborations, so depending on which camp you are in, you might react differently to it. Those against vocals in their music can rejoice; as for those who like vocals in their music, you can still enjoy this twelve-song masterpiece despite their absence. Chon focused on more simplistic structures in general, while also including some of their tastiest chops and solos yet.

I first saw Chon in 2014, when they were opening for Conquering Dystopia and Animals As Leaders, and they were so much fun to watch. Even though it was a heavier bill, they kept the crowd fully entertained with their dueling guitar licks. Since then, I’ve watched them Grow over the years, and even bring their Homeys on tour with them in Polyphia, Covet, Tricot, et cetera. Yes, I know I just (cleverly) mentioned their first two records in that last sentence. The point is, I’ve witnessed their evolution over the past five years, and this album is perfectly in line with their musical progression.

They waste no time on this record either. Opening track “Ghost” features a nice clean opening riff, which segues into a fading tom fill, at which point you would probably assume the song ends already. Well, you assumed wrong! Drummer Brian Evans brings the song back in with a dazzling snare fill and a nice little quick lead to close the song. While still in the driver’s seat, Evans opens the second track “Cloudy” with a fill that immediately grabs your attention. Although the main draw for Chon fans is the band’s two guitarists Mario Camarena and Erick Hansel trading off solos and riffs, this album really shows off their oft-neglected rhythm section. Brian has always managed to shine through with his chops, but bassist Anthony Crawford really came to play for this record, including beautiful bass solos in “Cloudy” and “Gift”. The latter is even the highlight of said song – the tone of the bass and the way it’s played immediately brought Victor Wooten to mind, which is extremely high praise.

Chon have always been a ‘musicians band’, meaning most of their fans are musicians themselves. This new record will give the fans tons of new riffs to learn. One great example, and one of the best songs on the record, is their second single “Petal”, which they just released a trippy music video for; tts main melody will stay in your head for days! “Pitch Dark” begins with two acoustic guitars playing a hybrid of Spanish music and an old-school Opeth riff. It almost has an interlude feel to it, until they plug in and start playing a glitch hop mixed with Minus The Bear-type motif that is. “Thanks” brings back the dual acoustic guitars, something Chon don’t normally do, but it works perfectly in this context. The record ends with “Peace”, its first single. I’ve obviously heard this song the most, since it’s been out the longest, but it’s still pure bliss on every listen.

There is not a single skipper on Chon. To me, every song is perfect. The band’s energy is innocent and playful; they showcase their individual talents without being pretentious. They’ve always had an incredible guitar tone, but the bass really joins the party on this record. And coming from a drummer, the snare drum on this recording is absolutely perfect! I feel like we don’t deserve this album, but Chon were nice enough to give it to us anyway. This is the ideal ‘driving with your windows down’ music (unless you, like me, live in Florida and can’t do that without literally lighting on fire). For some reason, I always associated Chon with the summer. Maybe it’s the way the music makes me feel, or because I’ve seen them live in that season the past few years. It might also have something to do with the fact that like clockwork, they release an album every other summer. Either way, grab yourself a cold drink and chill out to some smooth tunes by Chon. Don’t forget to also catch them on the road, as they are embarking on a US, Asian, and European tour this summer. You can get details on their official website.