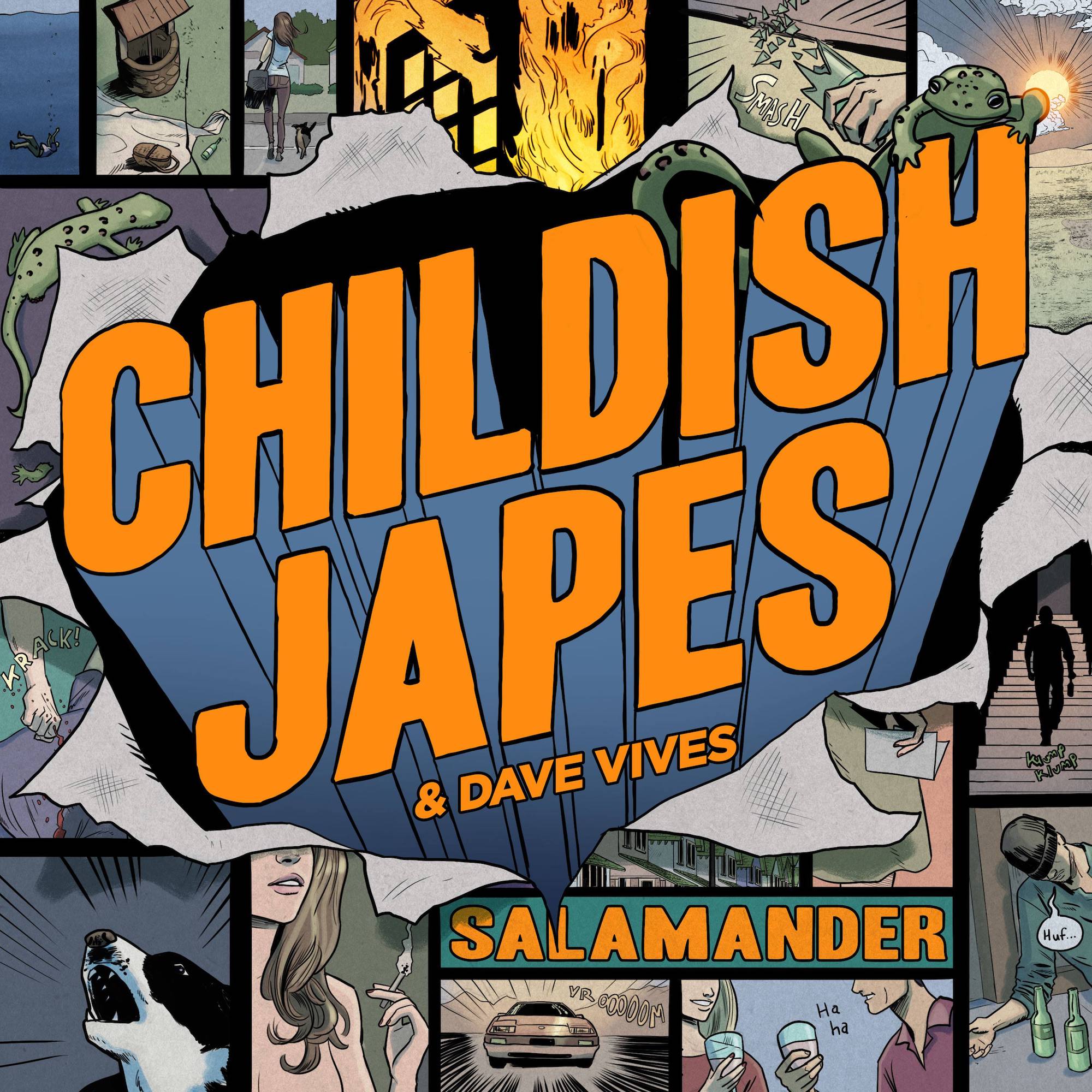 Childish Japes‘ second release, Salamander, walks back much of the band’s freshman adventurousness, making for a listen that’s sometimes diverting but mostly disappointing.

First impressions are everything. That’s something one typically hears as a caution against making a poor introduction, but the opposite can be just as true. There is such a thing as making too good of a first impression, a problem Childish Japes run up against with their sophomore album Salamander. Coming just one year after their debut, the freewheeling sonic suckerpunch of After You’re Born, Salamander manages to feel like a time traveler of an album, zapped to 2018 from a mid-career slump one would imagine still at least seven or eight years in Childish Japes‘ future.

The first and most noticeable difference on this go around is Dave Vives’ providing the vocals on every track. After his tremendous guest turn on After You’re Born‘s opener “Go Own Them All”, one would be hard pressed to be anything less than ecstatic about a more committed Vives-Japes collaboration. In a positively Greek twist, though, Salamander‘s greatest asset becomes its most glaring weakness: with the exception of lo-fi closer “Rosanne”, every song on Salamander sees Vives belting his lungs out at some point, be it for a raspy scream or a piercing high note. Angst-ridden though Vives is capable of sounding, and undoubtedly towering though his talent is, the frequency and uniformity of these exclamatory passages robs them of their impact and purpose. Call it an acute case of late-stage Einar Solbergitis – before the album’s thirty-two minutes have half expired, the vocal acrobatics cease to mean much at all.

What that leaves us with is the instrumental three-piece of Childish Japes, who seem to be in a more downcast, mid-tempo state of mind than when last we left them. Where After You’re Born bounced between various styles, linking each experiment with a singular, syncopated sense of groove and a loose relationship to any given key, the songwriting on Salamander is perfectly content to linger in a flatly-mixed alt-rock world, with a few brief excursions into more adventurous territory. The aptly titled “Something Else” marks the most sustained foray of that sort, and there are a few passages of note to be found amongst tracks like “Float” and “Old Yeller”. Generally, though, there’s little of the chameleonic qualities demonstrated on the debut. What we have instead is, for lack of a better term, straight salamander.

If it seems that I’m overly fixated on Salamander as it compares to its predecessor, well, I am. But the reasons for that are twofold: first, After You’re Born was my first giddy point of contact with Childish Japes, and the qualitative drop between the two releases is a considerable part of my experience with this latest release. The second is that Salamander has a begrudging adequacy about which there would be little to say beyond ‘it’s fine’. Because it is. Salamander, repetitive though it is, has a frothy listenability that’s more than worth just over a half hour of your time. But when one considers the potential of the artists who’ve produced it, it comes off feeling hopelessly safe, like they’re trying to score a radio hit in 2003.

Such is the danger in setting such a strong first impression. Perhaps Salamander will be proven out as one stylistic experiment among many for Childish Japes, with their diversity of sounds spread out between entire albums rather than across the songs in a single collection. While that wouldn’t be sufficient to justify Salamander as anything other than a very minor release, it would help to contextualize it. In the meantime, though, one can only savor the better bits of this current offering and eagerly await the day that Childish Japes release “Something Else”.