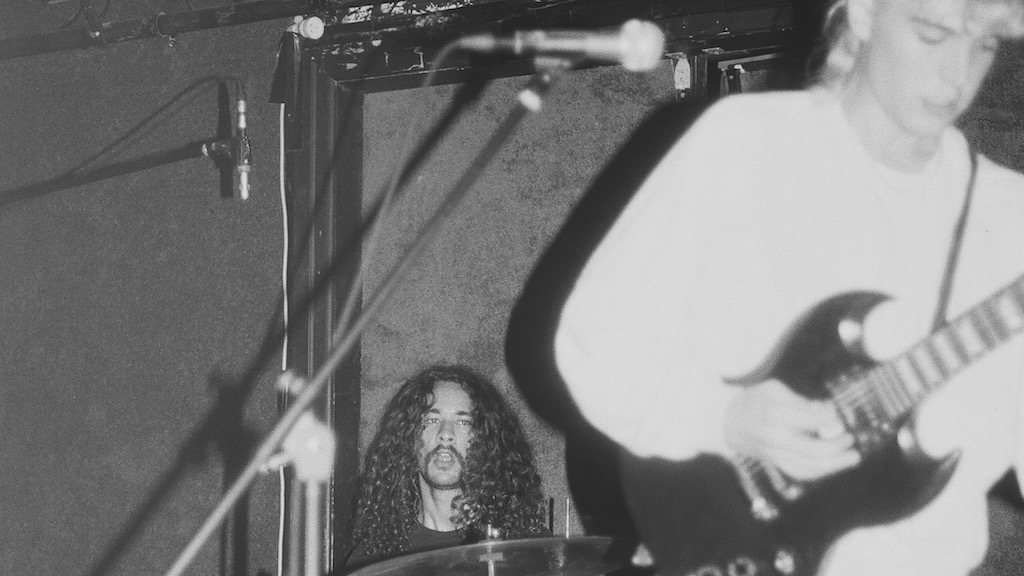 A perfect collision of sounds from across the metal landscape, Chassm deliver the bleakest blackened post-metal of the year with Falling Forever.

Falling Forever is one of those albums that leave you wondering if you’re still listening to the same band thanks to the monumental shifts in energy and sound palette being thrown at you. Chassm has arguably created one of the most exciting and mind-bending metal albums of recent years, throwing away plenty of conventions in pursuit of an album that defies expectations. The Brisbane duo unleashes blackened sludge that deftly leads into apathetic post-rock, all the while maintaining a wonderfully crusty desert sound to the guitars. For a debut it is gutsy, yet really allows the band to stamp their mark on a scene bursting with quality acts.

Lead vocalist and guitarist Elijah Lee states in press releases that he was looking to create an album that really screams hopelessness and translates all the depressing, heavy shit in life into music. Arguably he has succeeded, yet in a strange way. The album kicks so much ass, you get really quite buzzed and energised from most sections and tracks, despite the looming gloom. Often I’m reminded of metalcore, math rock, and progressive metal, leaving me really moving around and banging my head to the music. The best example of this can be found on my favourite track from the album, “OT VIII”, which journeys through multiple genres aided by colossal breakdowns and climaxes. Quickly following an onslaught of crusty riffs, the band will deftly switch into a bouncy math riff, almost effortlessly so. Most important, it sounds like it fits – this isn’t some over the top prog metal skit, it is an authentic, natural transition that feels and sounds damn good.

Chassm has excelled at creating an album that plays damn well loud, too. It has a wonderfully dissonant feel to it, with raw, fuzzy guitars that envelop a large portion of the mix and give off that feeling of being oppressed, kind of like a weighted blanket. You can crank it right up and feel perfectly happy, unlike some other extreme metal. The drums are weighted perfectly behind in the mix, but the actual talent behind them should not go unnoticed. Some of the fills used are fucking excellent; during this review, I’ve rewound songs quite a few times to really appreciate the drum work on the album. The effects used on the record really suit the sound well, too, often reminding me of the heydays of industrial metal and nu-metal, blended really nicely and often bleakly into the tracks.

It is hard to really point to many major bands that I know who sound like Chassm, but for those who worship at the altar of Art As Catharsis like myself, some might remember Opium Eater, who had a similar tone to their guitars and bleakness to their writing. I noticed some Skullcave vibes at times as they veered towards the lighter side of sludge, and Deafhaven when they bring the blackened sides of things into play. The debut single from the record, “Absentia Terra”, is your go-to for a full dose of Chassm‘s flavour, dancing effortlessly through genres and sounds. This track has more peaks and troughs than the Himalayas, casually tossing you into ravines of blackened sludge before lifting you out with esoteric post-rock.

Going back, however, to album opener “Dawn Gaia”, I wanted to highlight my love of the opening section of the album. Big fuzz twangs leading straight into the full complement of the band feels so good, and the quick reprise of that drop soon after is a really smart way to open the album and hook the listener in. Again going back to my point about volume, this part sounds exceptional when you really dial it up and soak in the great tones from the band. This largely instrumental track highlights the quality of musicianship from the duo and tees up the mood for Falling Forever perfectly.

As a critic, I know I’m meant to actually try and find things I don’t like or that they could’ve done better, but for Chassm, I’m really struggling. The samples used are tasteful and deployed in the right amount; the same goes for the lyrics. I found the varying vocal styles refreshing, as I find endless blackened vocals grating. The suffering wails found in later tracks fit the tone of the music perfectly, creating a real sense of unease and desperation. Like a lot of bands I’m enjoying in the post-metal genre lately, the focus was on the instrumental side of things, which in my opinion leads to much more exciting sections that can build without having to pander to a vocal hook. Chassm has unleashed one of the best metal debuts of the year, one that takes everything you love about the genre and smashes it into one organic and rich experience. Falling Forever should be roaring through your speakers for the next few months, no excuses.