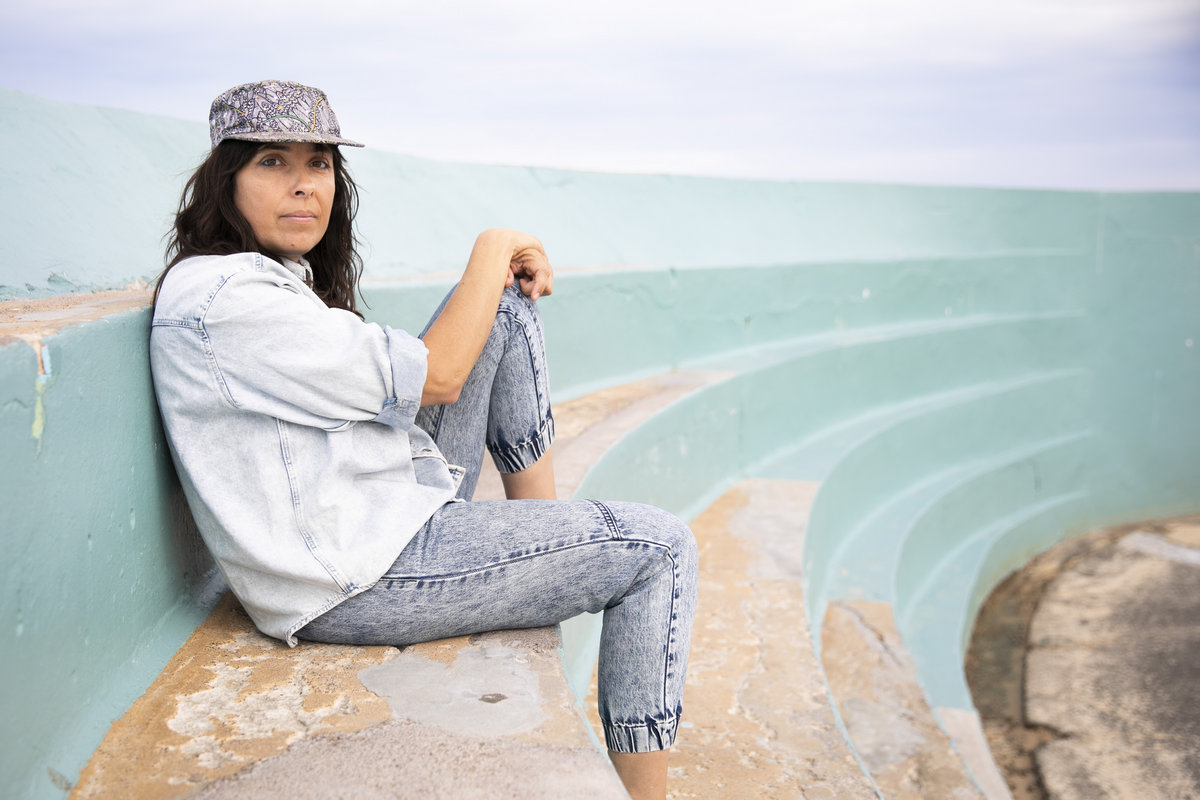 For whatever is this stylistic category of music, Bree Van Reyk‘s Superclusters is, without a shred of doubt, album of the year in said category.

It’s obvious that as we head into the third decade of the 21st century, music deems stylistic labels more and more obsolete. We as listeners, may or may not agree with this. Either way, it’s becoming increasingly difficult to slap a simple word over a collection of songs and relay something effectively. Superclusters is one of those things which really fucks with you on that level. It’s impossible to appropriately condense so much into so little. I’ll simply pull my wildcard and say it’s ‘experimental’ so I can be done with that side of things. Believe me, it’s as good a term as we have.

Bree Van Reyk went all out with the tunes on Superclusters. You could argue it’s a minimalist post-rock epic, or an ambient symphony led by percussion, or a sonic-interstellar voyage. You could argue for all these points simultaneously, prove them all, and you could end up being right. Superclusters is made of the stuff of dreams, fantasies, haywire visions, divine enlightenment, DMT trips, you name it. My point here is that everything stands at a grandiose scale. Starting with the aforementioned stylistic smorgasbord, the lush and endless textures, going through the larger than life narrative, and its granular layering of details, all the way to the literal army of guest musicians and their respective musical instruments present.

I think Superclusters is a great title too. You won’t catch me saying this often either. For good reason too, everything is on the super magnifying level. Additionally, what makes it pop so neatly, is the fact that superclusters in astronomy are a large group of smaller galaxy clusters or galaxy groups. These clusters among the largest known structures in the universe. To me that checks out in every way with how the record unfolds and how it’s packed together.

It’s pointless to start dissecting the layers and the songs, it would require an insane amount of work, and any potential readers might end up more confused than they ever were. Listening to the record will take up so much less of anyone’s time and will end up being a much, much more rewarding experience. I will however offer a few words in the way of how things may have felt.

Through the course of a single song I am taken from textures and atmospheres that are sullen, almost morose, to ones that are bristling with joy and a kind of playful innocence that feels like doesn’t even exist in this world. At the same time, there persists a lingering sort of fog, which makes me perpetually draft up thoughts and related feelings. I could’ve simply said that the moods are thought-provoking, but it’s really so much more than that. I’m curious to explore potential outcomes both in my head related to the tunes and within the structures of the music. What’s truly impressive is how all of the above are slathered in a deep and viscous tenderness, something that’s almost ‘pervasively’ entrenched in serenity.

It’s worth noting that Superclusters is meant for attentive and patient listeners. Its rewards are not for anyone and it may take a long time to receive all of them. With virtually no flaws, I would almost dare say that Bree Van Reyk created a masterpiece here, although for no discernible reason, I hesitate. If you need an otherworldly adventure, tune in, and find out if you’ll also face my ‘masterpiece conundrum’.