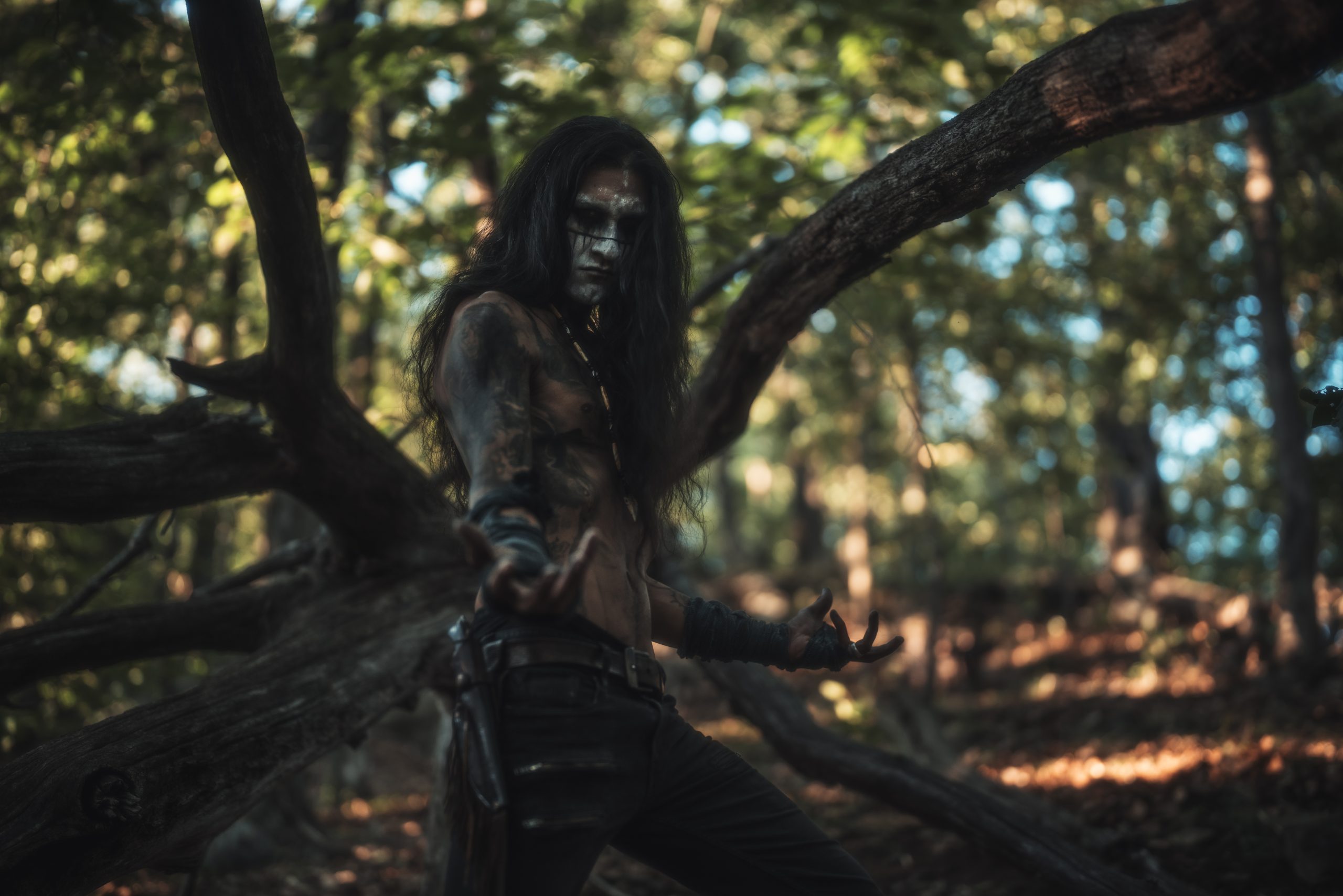 Through mystical themes and evocative Native American musical sensibilities, Blackbraid I bestows a new realm of darkness and awe to the black metal world.

One of the most exciting and prominent musical projects to emerge from the black metal wilderness in recent months, Blackbraid is the solo atmospheric black metal project of artist Sgah’gahsowáh. Hailing from the Adirondack Mountains of New York, Blackbraid has already made strides across the globe, pulling in black metal fans who have become drawn to the music’s deeply resonant indigenous roots and mythological themes that resemble Native American characteristics and authenticities. Blackbraid’s latest single, “Barefoot Ghost Dance on Blood Soaked Soil” was released back on February 6, earlier this year, and generated much anticipation that saw a rising fanbase excited to hear more. The artist’s debut album, Blackbraid I, was released in August and it brings more depth and rawness that will rightly meet fan expectations.

The album opens up with “The River of Time Flows Through Me”, unleashing an epically ruthless onslaught of traditional black metal tropes through damning blast beats and tremolo-ridden guitars that produce a warlike and earthy atmosphere. There are also these nice melodic harmonies throughout the track’s runtime which play into the ethnic nature of the artist; it gives a homely sensation that seems to resonate with the spiritual and bleak world that Blackbraid conveys. By contrast, “As The Creek Flows Softly By” introduces the more folk-inspired and indigenous side of the project. Through the blend of acoustic instrumentation, emotive pan pipes, and rich ambiences, we begin to experience the authentic beauty of Blackbraid’s musical palette. The conveyance of these Native American characteristics is a reminder of the artist’s environmental surroundings and how they play an integral role in the creation of his music.

The third track, “Sacandaga”, returns to this classic black metal sound, bringing powerful atmospheres and tense, harsh moments of abrasion and harmonic dissonance. The spiritualist themes are further highlighted within much of the lyrics that add to the native setting of the songs:

The blackened musical arrangement accompanied by the native folk instruments then allow for a deeper interpretation to these themes, personifying a mystical, ghostlike expedition that transfers us from one world into the next. Likewise, “Barefoot Ghost Dance on Blood Soaked Soil” prevails as if to continue this dark spiritual journey of native folk black metal. It again adds more depth to the Native American narrative which seems to be constructed more into a powerful critique of the Native way of life, as the song resides in the lyrics, ‘Taken against her will/Made to suffer/Rape and defilement/Of our sacred mother’ potentially to reveal the long-lasting struggle for freedom that much of American history seems to have shadowed.

The penultimate track, “Warm Wind Whispering Softly Through Hemlock at Dusk”, highlights the atmospheric tension the most vividly out of all these tracks in the form of harsh winds, low resonant droning of the distorted guitars, and also through the mysterious acoustic guitars that really make this instrumental track as sorrowful and emotional as it is ominous and evil. Slowing things down for the final track, “Prying Open The Jaws of Eternity” plays like an opening chasm of horror-induced ferocity: the vocals are unrelentingly brutal through the low growls to the eerie and sharp screams. The song contains a handful of powerful riffs that add their own atmospheric flair behind the gradually climactic percussive rhythms that increase their ferocious tempos as the song continues its epic trail of blood and anguish deep within the Adirondack wilderness.

An evocative and intriguing debut album from an equally talented individual, Blackbraid I is as authentically presented as it is extremely ruthless and heavy. Not often can folk metal and black metal be entwined so elegantly and with such a powerful narrative, yet Blackbraid seems to have achieved this in such a natural way. The coming together of traditional black metal and Native American influences has recently been something scarcely explored by only a handful of United States black metal artists – Vital Spirit and Ends Embrace spring to mind – yet indigenous black metal is now beginning to be taken seriously and with artists like Blackbraid at the helm it’s obvious to understand why.