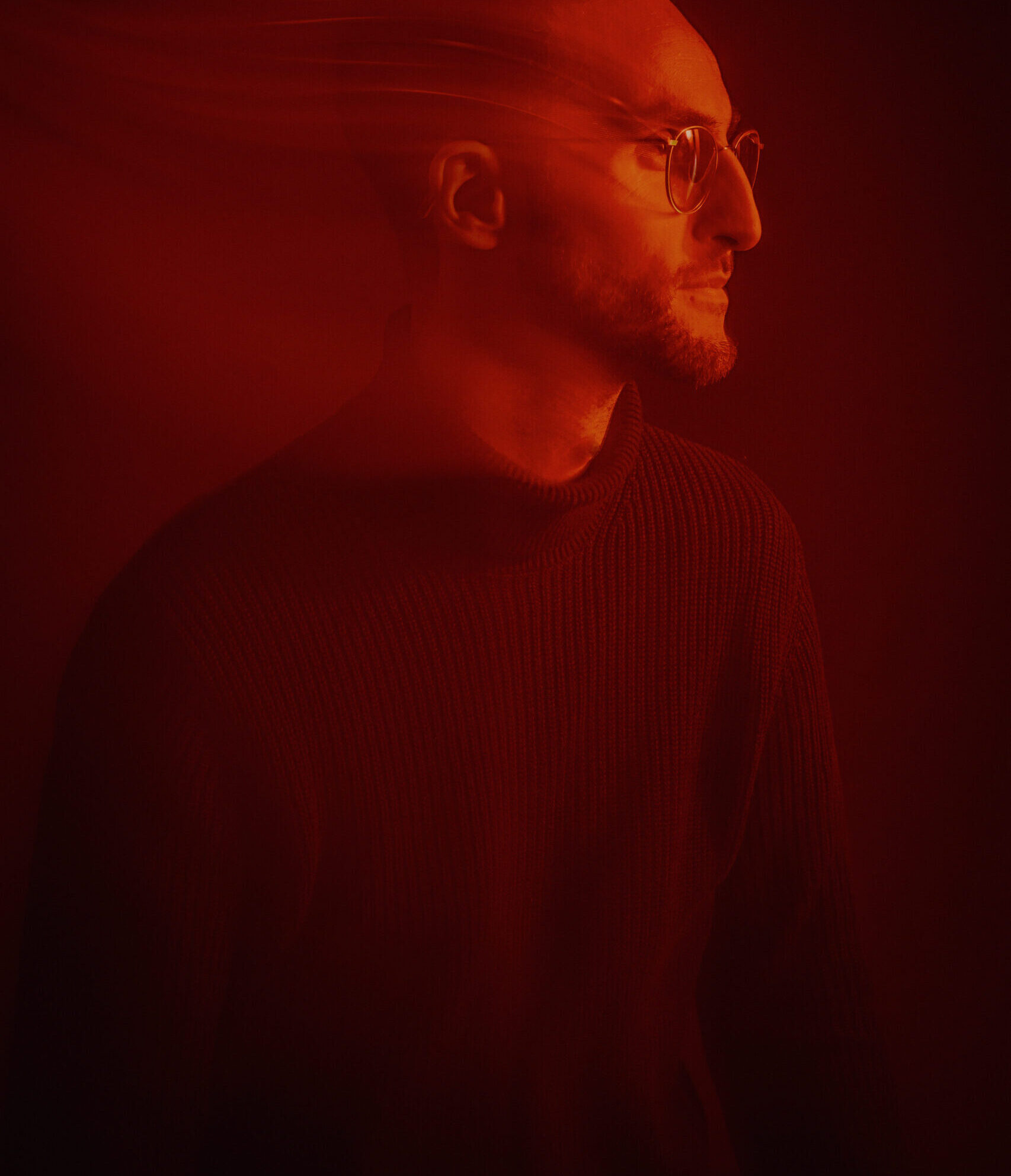 To me, there’s always something oddly satisfying about music that plays with opposites and contrasts. Berlin-based drummer Paul Seidel explores all sorts of different, and somewhat mismatched, things with his new solo project, FERN; using analogue instruments manipulated so far that their original form is often barely recognisable, he creates a strange, hyper-modern and yet oddly vintage sound-world on FERN’s first full-length LP, Intersubjective. It’s my great honour to welcome you into this world today.

An album that seems to be made for sleepless nights, Intersubjective is like falling asleep and waking up in the middle of someone else’s dream. A sense of surrealism prevails, any warmth or comfort is accompanied by the sneaking suspicion that you’re not supposed to be here, that somehow, you’re intruding on something personal and intimate. It’s hard to figure out what’s real and what’s not – the simple humanity of Seidel’s vocals is stretched over a heavily electronic backdrop, which pulses and warps. The combination of tones and wide range of effects used, along with the incredibly broad and creative use of space, makes this album an interesting listen over and over again. There are moments early on, in tracks like “Simulacrum” and “Hyperreal”, that are just pure industrial heaviness, throbbing, grimy, harsh; juxtaposed by the gentle, delicate surrealism of later tracks like “Rupture” and “Emanation”.

That’s not to say that everything about Intersubjective is also introspective – tracks like the goosebump-inducing “Emanation”, the retro caramel popcorn title track, and the glitch-heavy “Shadows”, are as dancy and catchy as they are unnerving. “Shadows” in particular is a confronting mix of nightmarish vocals placed against a drum groove that makes feet tap of their own accord, and “Intersubjective” feels like a club banger for hypnotised puppets, for which FERN is both DJ and puppeteer.

By the end of the album, all vocabulary used to describe sounds and music had left my head, and I was left only with a distinctive visualisation. I felt I’d been stuck in this haunted mansion of Intersubjective for days, no sunlight, only visions, glimpses of things best left unseen and undescribed. Shadows tower in the corners, the moonlight casts webs on the floor, but they shift and break with every sigh of wind that ruffles the netted curtains. Nothing is certain here, nothing seems real, or tangible. Moving faster than a dreamy saunter is neither sensible, nor is it possible. The spectres in this house react to nothing and everything at once. The threat you feel is neither real nor is it only imagination. An alarm is going off somewhere – is it inside your mind, in a different room, or outside of this dream? Is this a dream? How could it not be, and yet, if it is, why can’t you wake up? One thing is for sure – no one is coming to find you, because you never truly existed.

Intersubjective releases next week, on September 30, through Pelagic Records. Whether you prefer vinyl or digital, you can pre-order both or either here now, and if you’d like to delve deeper into FERN‘s world, make sure you check out their website, Facebook page, and Instagram profile.