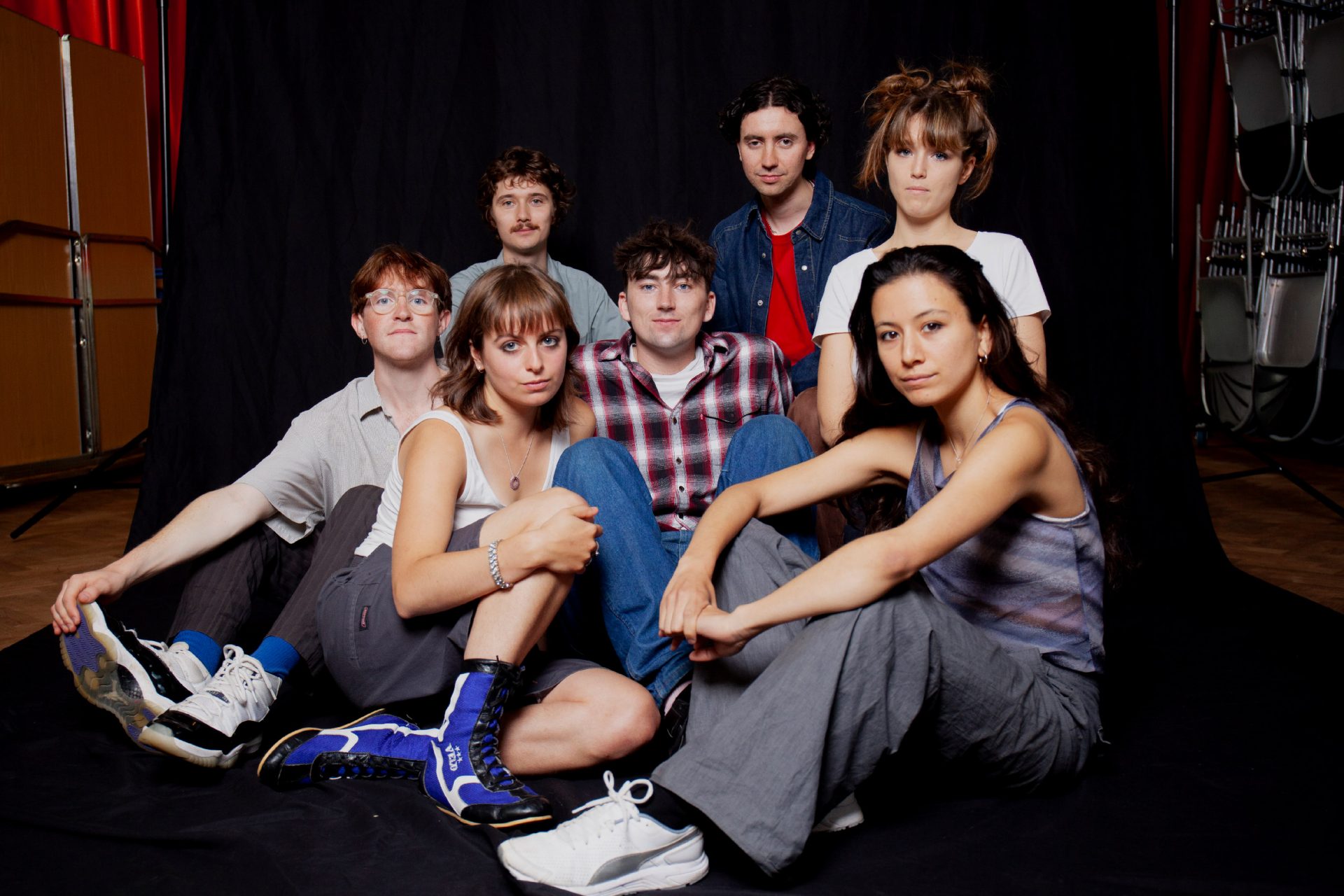 Black Country, New Road – “Ants From Up There”

By Carlos Vélez-CancelMarch 1, 2022 No Comments

Ants From Up There is an opportunity to witness a musical milestone in the making, in all its refined, candid, and cathartic splendor. Truly, no other band does it quite like Black Country, New Road.

It must be at least strange, being remembered for a moment of tragedy after repeated instances of greatness. Such was the case of the Air France Flight 4590, a French international charter flight on route to New York City that crashed during takeoff after running over a strip of metal on the runway, blowing out a tire whose fragments ruptured a fuel tank and ignited the plane – a Concorde – killing all 109 passengers on board. Regarded as one of the safest airplanes in its time, this event would result in the discontinuation of the aircraft after a 27-year run of operation and, eventually, would alter people’s perception towards it to this day.

There is an eerie semblance to Ants From Up There, Black Country, New Road’s highly-anticipated sophomore album, that slightly mirrors the unfortunate accident: after a bout of revered singles that appeared on the acclaimed debut For the First Time, and days before the release of today’s album in question, frontman and main lyricist Isaac Wood announced his departure from the band. While there obviously are no fatalities involved here (save a flock of broken hearts, mine included), this news took the online music circles by complete and utter surprise. Hence, there is no denying the difficulty of approaching this album without having in mind Wood’s recent decision to leave the band. With or without that fact, though, Ants From Up There absolutely merits the praises it has gotten as of this review’s publishing, and I’m for sure one to join in this crowd of raving music nerds, because this is truly a record that will be quite hard to forget – in the most exceptional manner.

While For the First Time thrives in its apprehensive slant of chaotic post-punk, Ants From Up There channels that pent-up anxiety to a kaleidoscopic listening experience – a sonic catharsis that blooms into a lavish garden with wonderful flourishes of indie folk and baroque pop. Black Country, New Road is no stranger to sincerity and this sophomore record kicks it up a couple of notches thanks to the immaculate conviction coming from the vocal performance and grand instrumentals throughout, leaving you gasping for breath on more than one occasion. Give a listen to one of its singles, “Concorde”, especially when Wood delivers the line, ‘I was made to love you/Can’t you tell?’, and you’ll know what I mean.

Ah, the Concorde comparisons do not really stop at the first paragraph of this review, do they? Apart from the album cover and the song “Concorde”, the notorious plane plays a central role in the lyrical character’s state of mind and consequent decisions on Ants From Up There. First introduced on the sporadic, upbeat, and energetic rager “Chaos Space Marine”, the concept of Concorde alludes to the ebbs and flows of emotional co-dependency and, on a greater surface, change. In this track’s case, Concorde is depicted as the act of leaving someone behind – taking a literal flight towards new grounds – only to find yourself mentally returning to that which you were escaping from in the first place, all through a whimsical sonic palette chock full of nostalgia.

You know, that is what personally catalogues Ants From Up There as a more-than-accomplished successor to For the First Time: each song, immersive in and of themselves, captures the internal struggles elegantly presented by the storytelling and music, while simultaneously inserting specific moods and settings in you that are effortlessly gravitational. The scenarios laid out are so raw and palpable that you can’t help but feel for the character presented on the album upon first listen and, in turn, forces you to dig deep into those unexplored (or avoided) emotional crevices habituating in your mind.

The previously mentioned “Concorde” – with its placid orchestration culminating in what is possibly one of the most impacting climaxes of this album and beyond – does just that, complemented by the jovial optimism and the resulting burnout that is characteristic when confronting unrequited love. Similarly, take the intensely vulnerable “Haldern”, which displays longing and affection in the most declaratory manner and centeres around disconsolate piano passages that might give albums like Deathconsciousness and Giles Corey a run for their money.

Another highlight of Ants From Up There that is worthy of praise is how the band does a lot from so little. From gut-wrenching tales of heartbreak revolving around breadcrumbs on “Bread Song” to the velvety piano and flute melody on “The Place Where He Inserted the Blade” – which is oddly (and also gut-wrenchingly) reminiscent of the Twilight Town theme song off Kingdom Hearts II – Black Country, New Road excels in taking an idea as a foundation to build something greater than themselves – transcendental even. This is best exemplified by the nine-minute experience (yes, an experience because it is… quite something) “Snow Globes”, where the septet develops around a central motif coming from gentle guitar strums by tactfully incorporating horns and organs, only for the song to burst into a maddening cacophony as Wood pleads to be heard over hellish, free-jazz drum playing that perfectly captures the sensation of surviving through a severe winter storm.

Even with songs that I was not as enamored with in comparison to others, they have a particular charm to them that is incredibly alluring. I found the vocal delivery on the first few verses of “Good Will Hunting” slightly incongruent with the flow of the overall track, but the precision and punchiness of the song structure are to die for, giving it a dynamic that sounds fresh even for Black Country, New Road. The epic closer “Basketball Shoes” – although a fan favorite – felt, to me, a tad disjointed and predictable concerning the song length. But man, I would be lying to you if I said that the latter half of the song did not send shivers to my spine. Those last few minutes are of GY!BE proportions, stirringly summarizing the events found on this album then transitioning into this near-apocalyptic musical climax that will stay with you for days, only to come to an end with an emotive and highly satisfying resolution that signals acknowledgement, acceptance, and even hope. To brush off perceived limitations to the scope and heart the band constantly brings to the table says a lot about their prowess and vocation to release an album such as this one.

There are honestly no shortages of discussion when it comes to this record. It’s only natural to find yourself stumbling upon bits and pieces from each song with every listen, with no choice but to give in with open arms and let the rush wash over you like a rite of much-awaited cleansing. In all its awkward, despondent, and painful display of distress, there is a glimmer to Ants From Up There that is deeply moving and leaves you with a sense of tomorrow barely looming over the hurt, and this is something you simply can’t attribute to just any work of music. Black Country, New Road essentially presented us a glimpse of what is to be human – a reminder that, while it might be obvious to many, nonetheless serves well to consider every once in a while. Additionally, like Concorde, Ants From Up There will go down as the ending of an epoch that will remain within the collective memory of the music community for years to come.