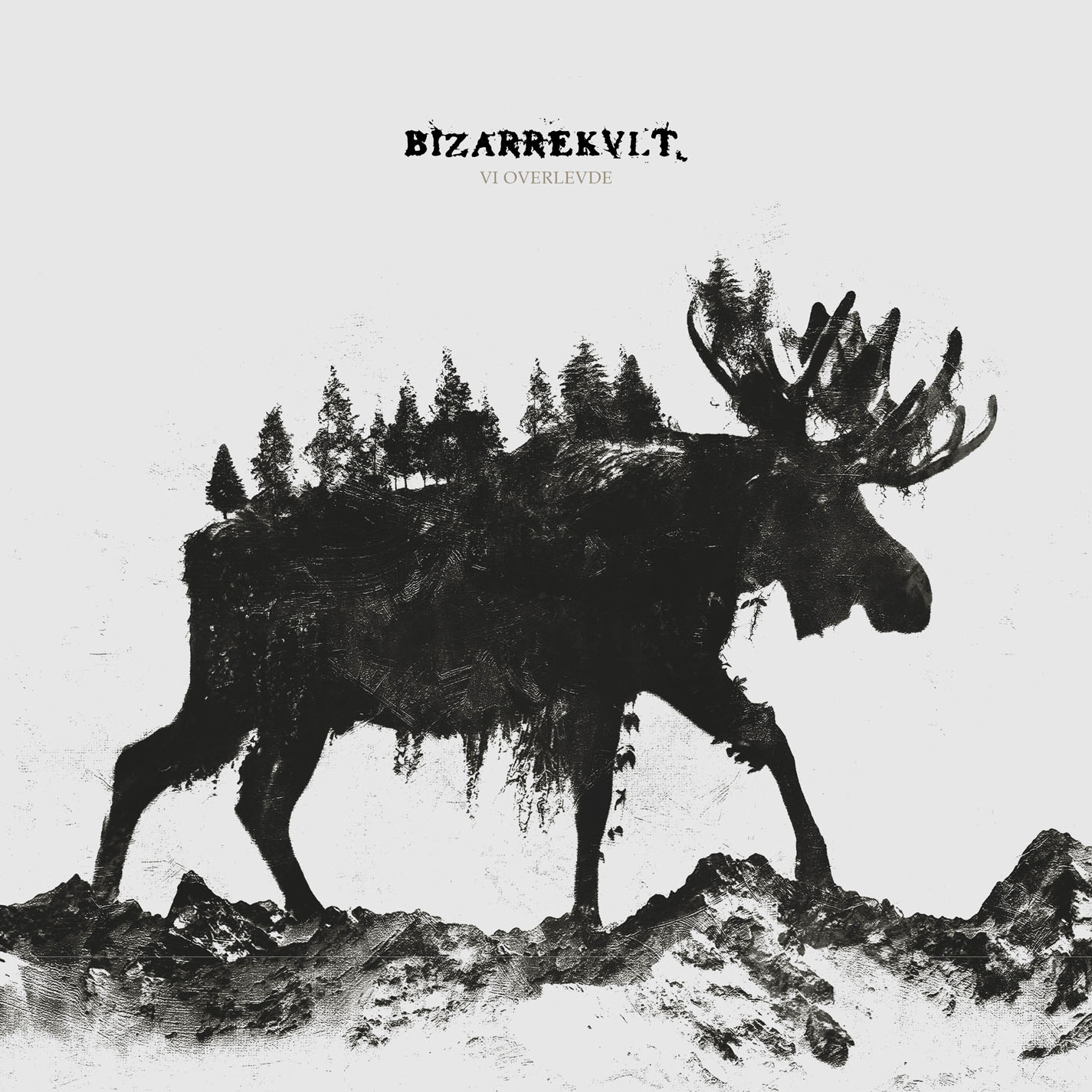 Bizarrekult‘s new album Vi Overlevde will hit the spot for anyone who digs the blend of beauty and misery only black metal can achieve.

It’s quite rare for me to find an album that I really connect with, and there haven’t been many at all this year in particular. I feel like life just keeps getting harder and more complicated, and so I’m finding less and less music that I identify with. It’s either all too aggressive, too soft, too sad, too happy, too simple, too convoluted – I can’t win, or maybe I’m just particular. Bizarrekult’s Vi Overlevde blindsided me a bit – I enjoyed it when I first heard it, but it wasn’t until later that I realised how reflective it was of my current state of mind, and how much I had needed that sense of comfort.

One of my earliest listens of this album was at 3 in the morning. I woke up drenched in sweat in a room so cold I could see my own breath, my mind racing, anxiety gripping my body, and knew trying to go back to sleep was entirely pointless, so I got up, put on this album, and painted. Vi Overlevde is a winter album, a night-time album, a lullaby for insomniacs. Its urgency perfectly mirrored my unease, a nightmarish sleeplessness to its every moment. It didn’t feel threatening, though; just comfortable. It might sound cheesy, but I almost felt like this album understood me in the same way I understand it.

There’s something almost restrained about Vi Overlevde, unlike anything I’ve ever heard within black metal. This genre generally prides itself in being confronting and to-the-point in its fury and misery, and I love that about it – but I also enjoy the layers of subtlety Bizarrekult craft around their sound. Parts of the album are just pure black metal bliss – the first full-length track, “For 1000 År Siden” is everything I adore about this genre to a T, from its blast-beat driven verses to is spacious, hard-hitting chorus. The guitar tones are just perfect, too; they’re not really anything special, but they strike the perfect balance between crunch and clarity, allowing the song’s gloriously dark chords to really bristle. The vocals have the classic black metal snarl, but with added depth, like a cross between traditional black metal and Gojira.

In fact, the whole album is just beautifully balanced – it’s just an extremely pleasing and elegant execution of a genre that can so often become overwhelming or pretentious when it attempts anything new. As well as the classic evocative chord progressions and heartwrenching lead lines, there are more riffs on Vi Overlevde than I expected to hear. Even though they’re often simple in rhythm, there’s something very satisfying about hearing a chunky, dissonant riff in a genre that prides itself on spine-crushing chord progressions. For me, Bizarrekult hit the perfect sweet spot between harmony and riffery, between beauty and pain, between dissonance and consonance.

However, what I enjoy most about this album is that it feels fresh. All the tracks are concise, the longest coming in at a slim six minutes, and they all feature some point of difference. While it is black metal, it features so much influence from other genres that it feels inaccurate to label it as just that. “Galskap” is one of my favourites, somehow almost djenty, but with that dreary grit I adore so much, and a lovely melancholic lead line adorning its final minute. The whole thing hits hard and precise, chilling yet powerful.

Vi Overlevde satisfies my every craving, for fury, beauty, anguish. It’s got occasional pleasantries as well, which I’m not into myself, but they also don’t detract from it for me at all. The sporadic moments of clean vocals feel appropriate, warming me up just to disappear and leave me freezing once again moments later. The only thing that I still can’t quite come to terms with is the end of “I Trygge Hender” – it features a beautiful female vocal, but I find it pulls me out of moment a bit. It doesn’t bear much relevance to the rest of the album to me, and as such, I think its beauty is wasted on me.

While “I Trygge Hender” and its successor “Fremmede Kyster” fail to captivate me, “Ensomhet” does a fantastic job of pulling me right back in to the doom and gloom. From its direct, fast-paced beginning to its dreary, drawn-out end, this is a great, cold song. Vi Overlevde rounds off with the sombre “Siste Ord” and atmospheric “Avskjed”.

I find it very hard to fault this album, and I also know this review doesn’t capture any of the tiny things that make it great. I find myself thinking about it frequently, and enjoying the mere memory of it. I’d recommend this album even to my black-metal-resistant friends, because it’s one of the cleanest and most interesting renditions of this genre I’ve heard. A huge ‘well done’, Bizarrekult – Vi Overlevde is marvellous.