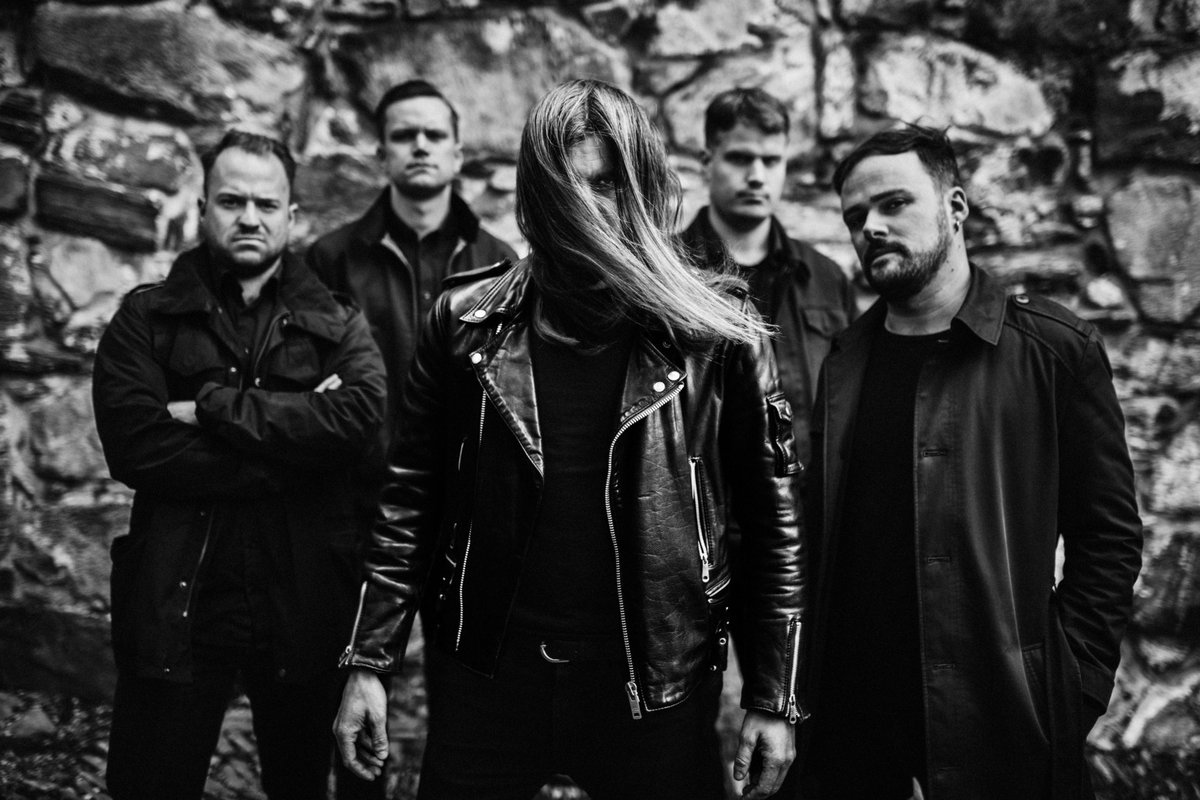 Oneiromancer is an album I guarantee you’ll revisit time and again thanks to the cataclysmic riffs and brilliant songwriting captured by the band. Bask in the pummeling, meditative stoner doom of Bismarck.

I’m sure many of you feel such a deep connection to it, that listening to said record will become a ritual. Often this comes from one experiencing a moment whilst listening to the album and attempting to recreate that feeling again using the music as a stimulus. In rare cases, the album itself is the ritual and when you slap that record on, the fabric of reality crumbles and you experience a moment no matter what you are up to. Oneiromancer, the latest album by Norwegian band Bismarck is of the latter, a record that blankets your day in a crushing rite that feels meditative and strangely relaxing.

If you are familiar with the band’s first record Urkraft, you know that Bismarck is more than capable of unleashing mountainous riffs, which soon cascade into introspective drone sections at a moment’s notice. The distinct contrast lends weight to the psychedelic atmosphere of the album, whilst in turn amplifying the power of the really heavy riffs. One of the reasons Bismarck pull this off so effectively is in part due to brilliant instrumental tones used. The guitar fuzz is incredibly thick, yet thanks to great production it also sounds crisp. It is certainly a far cry from some of the tones used in Urkraft, which at times can be extremely fuzzy and more stoner leaning. The other incredibly important factor is the drums, which really lend themselves to the psychedelic nature at times, with hypnotizing patterns coming naturally to drummer Tore Lyngstad.

Before tackling Oneiromancer, I hadn’t heard Bismarck before. Launching straight into the album, the first track caught me off guard – I was not expecting world music influences! “Tahaghghogh Reselat” serves as an introduction to the album and combines dark, ominous drone with middle-eastern vocals to amazing effect. After a droney introduction complemented by the vocals, Bismarck manages to organically transition into a heavier, doomier track, setting the scene for the rest of the album.  It is a cerebral, trippy introduction and left me surprised, yet very content and excited to see what other psychedelic delights the band had up their sleeve for me.

Title track “Oneiromancer” barrels into a black-metal influenced opener straight afterwards, the band firmly cementing their intent to be heavy. Bismarck‘s bread and butter formula is introduced soon after that, undulating riffs, roaring vocal mantras, and oppressive atmosphere beats down upon the listener, the enormity of their sound one of the many aspects to applaud. Reminding me greatly of the style from fellow Scandinavians SÂVER, the aura that Bismarck creates in their music is seismic, physically and emotionally. Like SÂVER, when listening to the record, time escapes you, largely owing to the repetitive, slow riffs that drive the base of the music. The band cleverly use atmospheric layers to move the track onto the next movement, suddenly making you aware that time has elapsed.

The vocals, for the most part, form a part of that base layer of music for me, usually locking step with the chaos of the instruments. They aren’t showy or flashy, rather opting for the tantric route, the timely delivery of lyrics helping to deliver that psychedelic effect. In the final track “Khthon” there is a really nice helping of ethereal cleans, which I’d love the band to experiment with more, in future releases. They complement the droney instrumentation that Bismarck smatter throughout the album and contrast against the raucous harsh vocals really well.

So all that being said, I can firmly recommend this album. Tracks smother you in brilliant psychedelic stoner doom, which would appeal to those who are firm fans of the genre, and those who are making their way from other heavy or trippy genres. Bismarck‘s high-quality writing has created five dynamic tracks, each of which sounds vastly different from the next. The production is amazing too, with a wide mix that allows the instruments to breathe and unleashes their full impact upon the ears. All this considered, I’d expect Oneironmancer to feature heavily on album of the year lists come December.