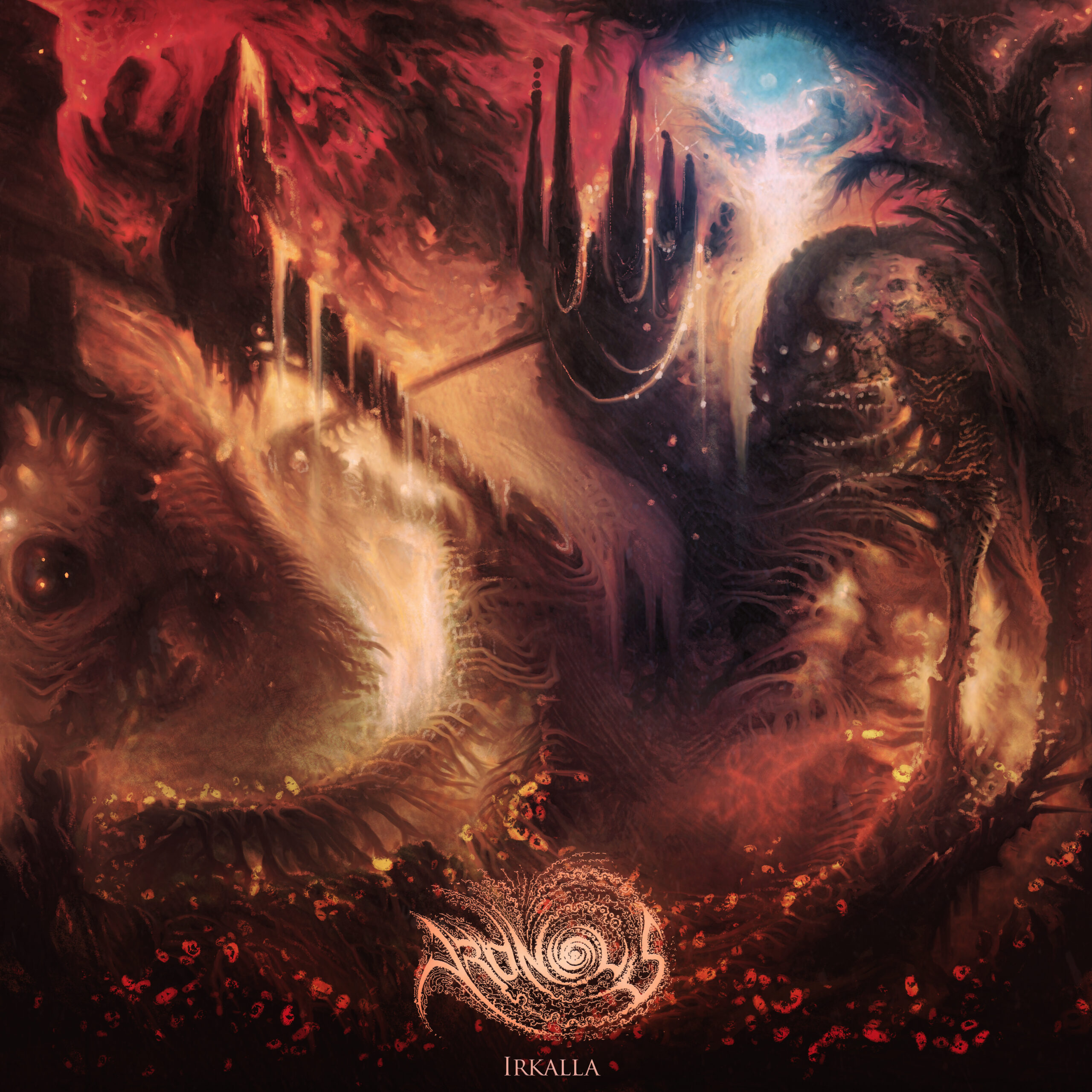 By Landon TurlockAugust 9, 2022 No Comments

Aronious’ Irkalla might not be a gamechanger in the genre, but its mix of technical and progressive death metal is concise, hard-hitting, and leaves me wanting more.

Green Bay, Wisconsin act Aronious have been releasing music in various forms since 2013 before signing with The Artisan Era to release their debut full-length, 2020’s Perspicacity. It’s no secret how closely I follow that label, but I have to admit that their first LP did not quite catch my attention. Fortunately, the same can not be said for their sophomore record, Irkalla. The progressive/technical death metal/core act has significantly stepped up their compositions and performances for a dynamic and ambitious release, all while still concise and focused.

Without the album’s lyric sheet, it’s a bit difficult to discern the exact themes of Irkalla. However, after enough searching online about the various titles assigned to the tracks on the record, I feel relatively confident assuming the album has some kind of conceptual focus on Sumerian beliefs or society. Even if you don’t review the track titles, the conceptual nature of the album is suggested by the haunting keys that make up the introductory and concluding pieces of the record’s eight tracks. It’s not exactly unique, especially for The Artisan Era, to open and close LPs with atmospheric instrumentals. Still, I have to say that “Ananaki” and “Warkanum” have a unique charm abetted by their memorable melodies and thoughtful sound design. This is not even to mention the sense of continuity these pieces create that makes the album feel like it could repeat infinitely.

Despite the enjoyment I gained from these key-oriented bookends, I’m pretty sure most of you are interested in the death metal components of the record. And they deliver. “Descent of Inanna” is the first death metal piece we hear on the record, and its flurry of kick drums and knotted guitar lines are an aggressive entry point. The band’s technical prowess is quickly established, alongside a taste for more dissonant, dynamic riffs (the one that first appears at 0:55 is a particular favourite). However, as the song unfolds, the band explores more progressive, mid-tempo territory, hinting at the more groove-oriented and atmospheric nature to come in later tracks. Dissonant, quick riffage is further evolved in later tracks like “Nincubura”. However, there is still enough tempo variation and feel to keep the listener grounded amidst this sonic maelstrom.

Ikalla contains a mix of technical and groove-oriented measures that are not unlike labelmates Abiotic and Arkaik. However, Aronious also have a more mid-paced, progressive bent that bears an impressive, but not overt, resemblance to progressive deathcore masters Slice the Cake. This slower, atmospheric angle is developed in the record’s latter half. “Enkidu” is particularly worthy of such a comparison to Slice the Cake thanks to its melodic leads and dark rhythmic passages. “Elu Ultu Irkalla” opens with low, atmospheric singing and gains momentum towards similarly progressive passages – I especially enjoy those that appear about midway through the track. This combination of more midtempo, progressive and dark tones alongside technical dissonance shows the gamut of ability Aronious has.

Irkalla might not be a gamechanger in the genre. Still, it has more than enough solid performances and compositions to gain the emerging act new fans while baiting my interest in future releases. Technically impressive, aggressive, and with more than enough of a progressive angle to skirt away from genre tropes, Irkalla is a short but satisfying offering from a band with the promise of greater things to come.