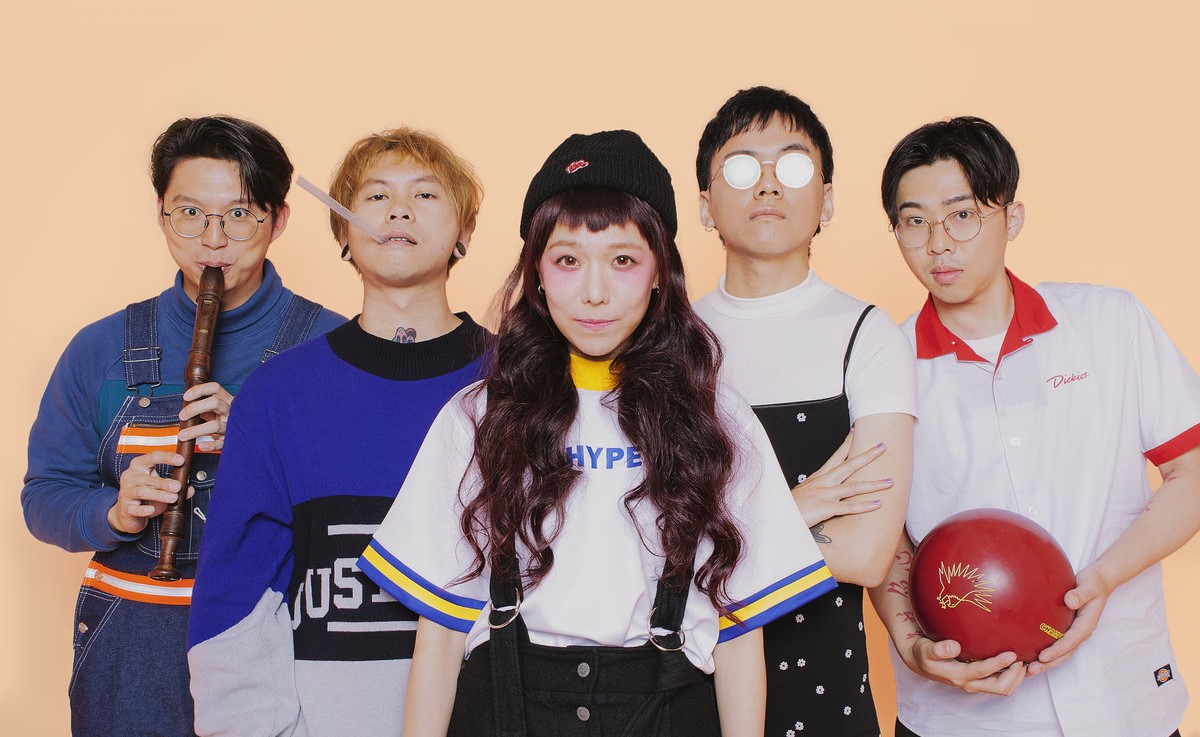 REEFS 珊瑚礁 サンゴ礁  is the second offering from Taiwanese indie/post-rock outfit ARCPLG 羣島, inviting the listener to dip into a pleasant outing that showcases the same charm found in their debut EP and more besides.

At first glance, there is seemingly little information to be found about Taiwanese group ARCPLG. Nonetheless, those willing to wade into the welcoming depths of second album REEFS may connect with this collective of quirky, emotionally-conscientious individuals on a level beyond that which any amount of trawling the web could offer.

Two years in the making, their sophomore effort is the result of ARCPLG having been ‘looking for their own purposes, collided and reinterpreted each other‘. Their quest was to refine and reshape the musical variation and design of their sound in the hope that it might (by their own admission) better suit the lyrical side of their music. The result is a whimsical outing, and in giving such attention to the creative process – adding an entirely new instrument being one such detail – the quintet have made the three-year wait since their 2016 debut “Seaweed” worth the wait.

Each component of ARCPLG‘s sound is executed wonderfully, sporting moments that echo the music of Silversun Pickups, From Indian Lakes, and even the electronic goodness of Battle Tapes at times. Lead vocals from Zon and Eric provide catchy, high-pitched melodies that are enjoyable without feeling whiny. All elements blend well, with members each enjoying their own moments in the spotlight throughout the album. Ultimately, each part merges to produce something rich, never boring, and constantly earning your attention (and affection) in some manner. The lullaby-esque moments of keyboard intertwine with simple yet effective drums, while guitar lingers behind the vocals one moment before bouncing effortlessly alongside the next; the two hoping to prompt movement in response to their catchy nature.

Opening track “Farewell Farewell” provides valuable insight into what you can expect from rest of the record – a quiet build, briefly blooming into a rush of noise, then quickly settling again. With many of the tracks clocking in around six minutes, you certainly get your money’s worth, and while song duration does shorten over the course of the album, this is arguably not an indication of dwindling creativity. Single “Body Electric” serves as a fitting example to dabblers in the tight, rhythmic musicianship ARCPLG has to offer, should they choose to dive deeper. Given the aforementioned intention to shake things up, “Swimming Pool (Dreaming Fool)” showcases some of the album’s more obvious creative diversions. Scattered ‘oohs’ puncture lyrical delivery and the artistically deliberate use of auto-tune is employed to freshen the listening experience.

Certain sections are not dissimilar in style from earlier offerings by Caspian and This Will Destroy You. These are most noticeable within the crunchier choruses, and bridge sections of tracks like “Losing Game”, where sudden walls awash with distortion crop up where you might otherwise not expect to find them. These dynamics resemble the rise and fall of the tides – a possible deliberate thematic choice on the band’s part. Elsewhere, the haunting chorus of “Ghost City” adds further twists with its musically-unusual pairing of chord and melody. “Magic Bus” steadily drives the journey on with soothing, consistent pace, while still varying layers enough to make this portion of the scenery on REEFS a highlight, while “Astro” brings the experience to a brief but memorable close.

ARCPLG‘s Bandcamp bio states that ‘everyone is just like a lonely island‘. Such an enjoyable listen is surely best shared with friends, then. Some may find each track too alike in structure and tone, as it’s an easy record to turn on, switch off to, and simply ride out from start to finish. That said, many of the album’s finer moments can escape you on the first listen, such is the energy with which REEFS steadily propels onwards. It wasn’t until my third or fourth listen through that little details truly began to creep out like marine life cautiously adventuring beyond the titular hiding place for the first time.

While still enjoyable as background music, such use would arguably rob the listener of many of the intricacies that set each track apart upon closer inspection. What ARCPLG seek to do with REEFS, and which they do very well indeed, is invite you to indulge in a soundtrack to accompany your own journey as you explore their thoughts, experiences and emotions; five lonely islands laid bare in musical form – and what a charming and uplifting accompaniment it is.