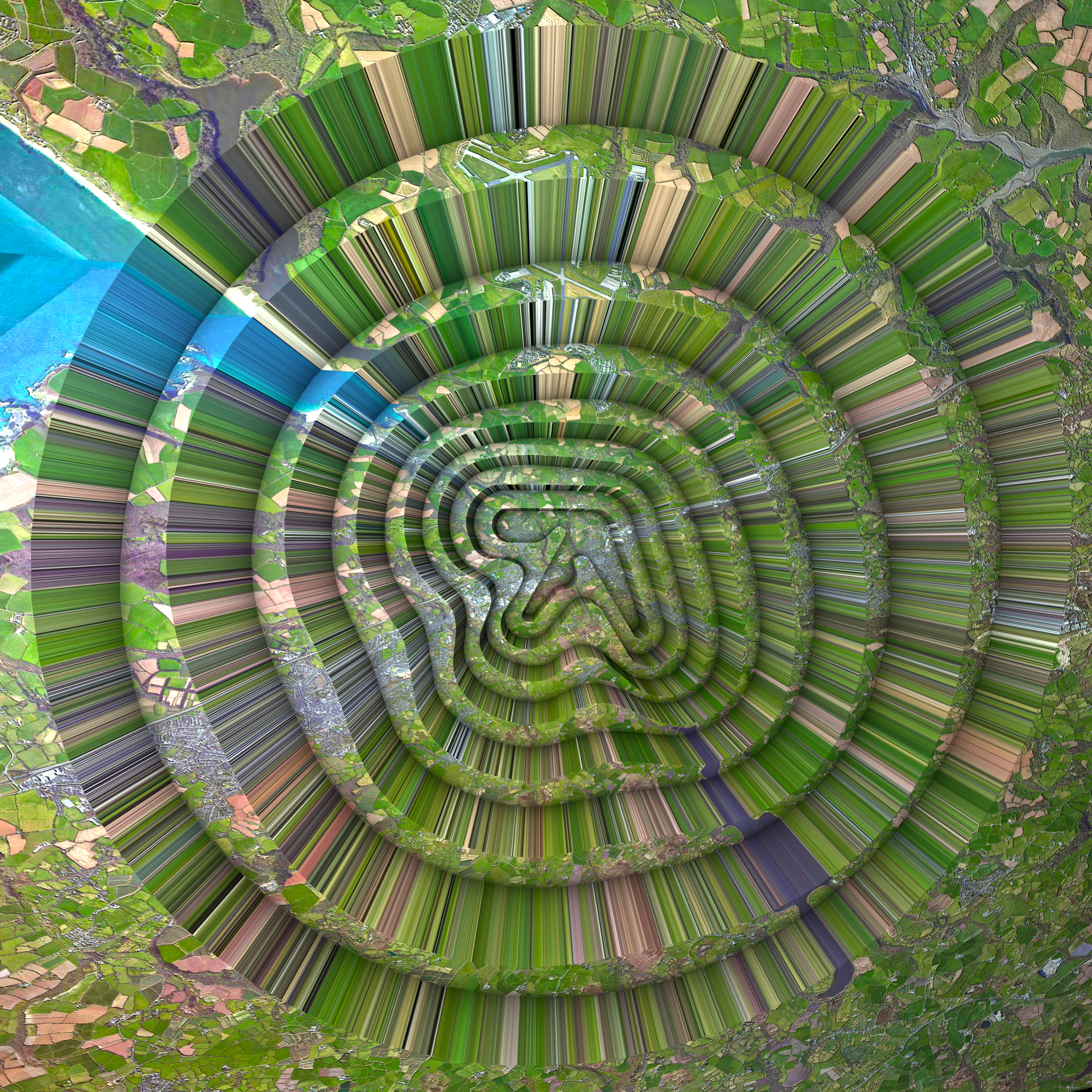 By Ashley JacobOctober 7, 2018 No Comments

Richard D James, aka Aphex Twin, has been doing this for a long time. By all accounts, he will be doing it a lot longer into the future.

Where the walls of reality wobble and fall apart, Aphex Twin finds his place to thrive. His entire, well established persona is built upon this principle. Music, imagery and language teeters on the familiar, yet emerges resembling the otherworldly. It is life as we know it, but not as it should be. An engineer from another dimension took what was once normal and showed us what instead could have been possible.

Richard D James walks the ultimate subversive path. He takes remarkably normal elements of dance and electronic and makes them his own. The resulting sounds are contorted, alien, beautiful, unsettling and heart-racing. They are arranged and discharged at lightning speed. Each track is a compacted explosion of orchestral electronic big-bangs, layered upon one another in a vast library of short-lived, but unique ideas.

What a pure and wonderful example of Aphex Twin‘s talent the Collapse EP is! It is five tracks cut from the grandest Aphex crop, with all the hard dance beats, the sinister soundscapes, and the cataclysmic arsenal of split-second blips, all cascading like great electronic musical waterfalls. Above all, it remains distinctive. It’s layered with Richard D James’ signature hardcore, demonically-grinning extravagance, and therefore is unmistakably Aphex Twin.

And Collapse, by all rights, could be classed as the more standard Aphex Twin project. Occasionally, he dives into the ambient, the slower and the noisier. So, in a sense, this new EP is a return to form. But as fans know, ‘standard’ in the case of Aphex Twin is anything but.

Most by now will have already seen the skull-bending video to the EP’s opening track “T69 Collapse”, and what a feast for the eyes it is. Yet, it is arguable whether or not any accompanying visuals are at all necessary for this kind of music, as all of the mesmerizing imagery occurs subconsciously anyway. The music operates like brain unto itself, a muscle consisting of orderly-fired synapses that, when you concentrate deep enough, are actually visible in the mind’s eye. Yes, it could be argued that all music does this. But there is something about the Richard D James treatment that appeals to a higher level of the mind. Our consciousness has the right to reward itself for even perceiving what it absorbs.

And let’s also consider the vast wealth of influence Aphex Twin has created, from the well-known offshoots of Squarepusher and Igorrr, to the multitudinous lesser known peers. All these artists have displayed a mastery of musicianship and forged their own well-earned path. But still, amid such a well populated stomping ground, Aphex Twin manages to remain the messianic entity with the most understanding, and best kept secrets of experimental dance.

So consider Collapse as timeless as all other previous releases. It’s 1990. It’s 2018. Aphex Twin has remained undiluted by the illusions of fame and success. His music is every bit as controlled and scientifically impeccable as ever before. Listeners need only to quietly thank Richard D James for sharing his bewildering natural talent with the rest of the world. Each release suggests with further resonance that the prospect of a boring Aphex Twin record is mathematically impossible, so strap in, close your eyes, and we hope you return safely.