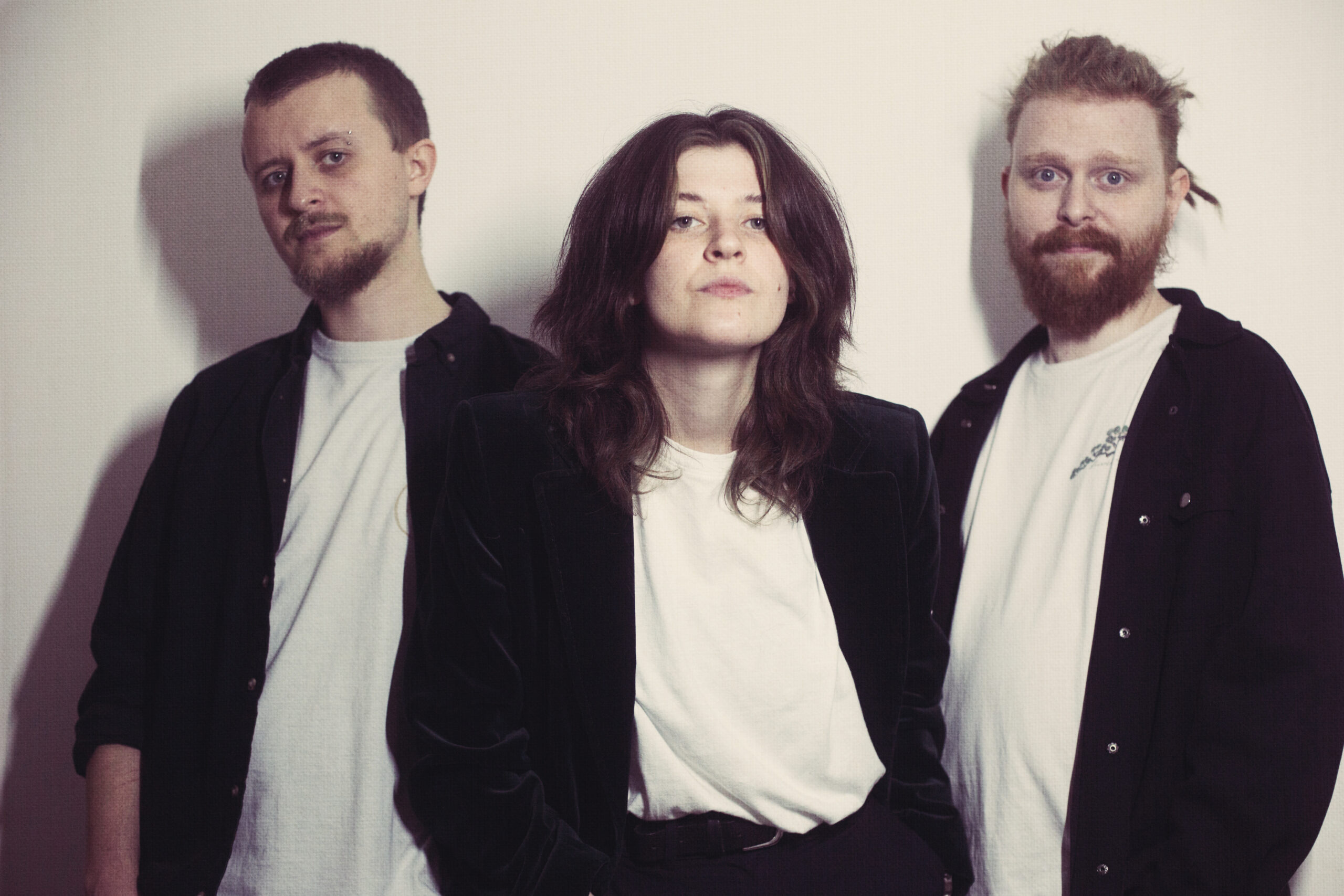 Math rock is one of those constants you can always depend on to lift your mood and renew your energy during the day. FES, one of the hottest bands in math-pop, have teamed up with us to launch their new video for “Force Feed”, and it is an absolute corker. The trio released their debut album With Regards from Home via Small Pond Recordings on April 29th of this year, and “Force Feed” was one of the first singles released from it. Before delving into more about the track and video, I wanted to highlight how worthwhile the album itself is. Consider it to be a perfect melding of British math rock (think ASIWYFA, A-Tota-So) and pop rock (Paramore, Biffy Clyro), packed full of bouncy guitars and passionately fun vocals.

“Force Feed” itself opens with some of the album’s tightest grooves, veering more towards the heavier tropes of the genre before the great vocals of Pollyanna Holland-Wing begin pumping the track full of a different kind of energy. There is so much to uncompress from the song, so much to tune into as they ramp up the energy on the track verse by verse. Surprisingly for those who might frequent the genre, the track is anything but generic and instead ramps up to a monster climax, highlighting their high-quality songwriting.

In terms of the video, hats off to the cinematography. The brilliant camera pans around the band help you feel the emotion and passion in their work, and it makes me even more gutted that I missed them on the InTechnicolour and Last Hyena UK tour last summer. Nevertheless, judging by the press they’ve been receiving, I shouldn’t need to worry – they’ll be a staple of festivals and shows for the next few years, as they look to stamp their mark on the genre. I will certainly be cutting out some time at ArcTanGent to check them out and groove along to their high-quality soundtrack.

Make sure to leave a like and follow on FES‘ socials and of course, enjoy the video!