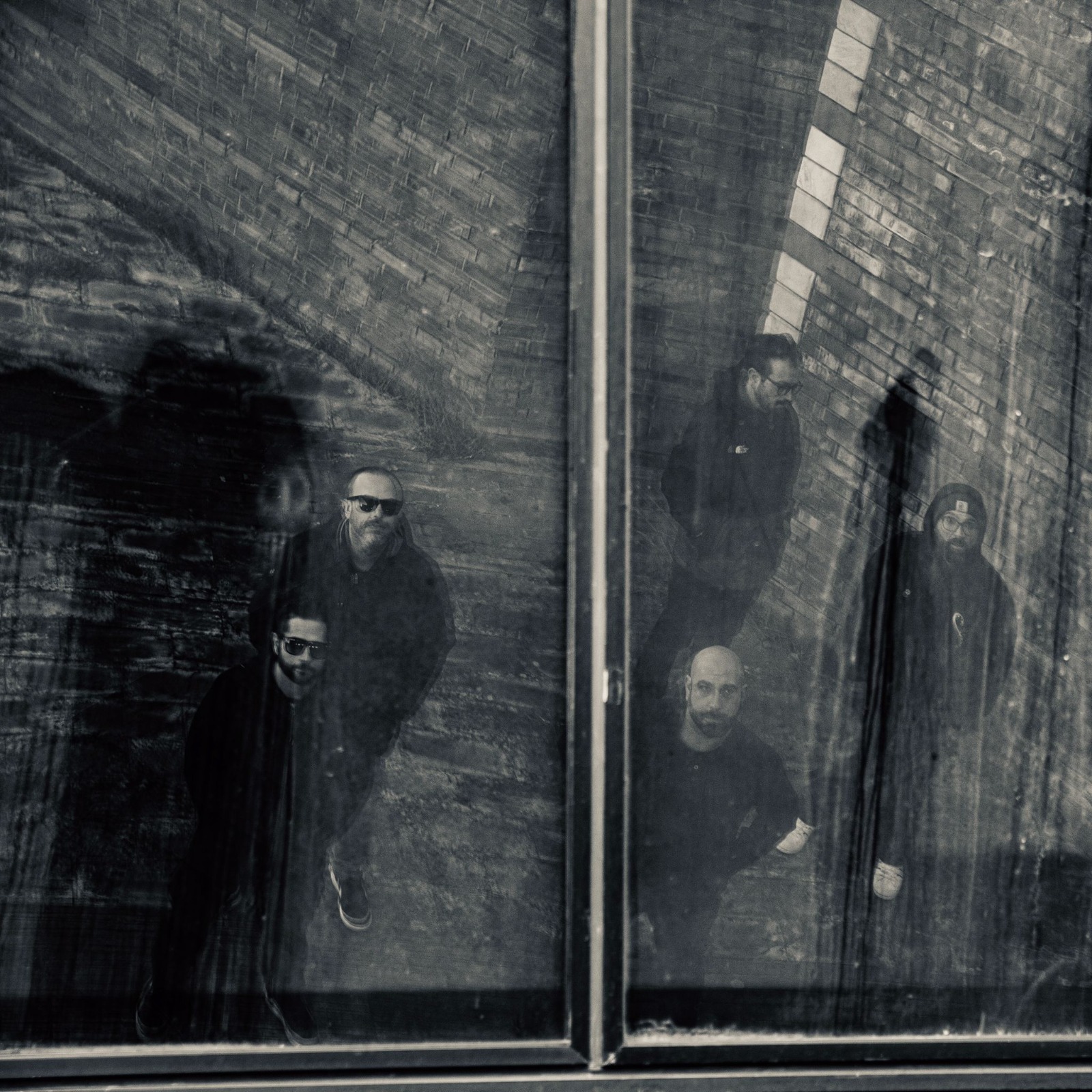 By Rodrigo Torres PinelliFebruary 14, 2022 No Comments

Well, amigos, it’s Monday once again. January felt never-ending, and February shares the same vibe for now. Fortunately, we have an interesting premiere to battle that week-start heck sensation. I’m talking about the Italian outlet The Blank Canvas. This Friday, they’ll be releasing their sophomore album Dark Mirage on Drown Within Records.

The Blank Canvas was founded in 2017 and released their first record, Vantablack, in 2018. Genre-wise, the most attributable fits would be progressive metal and post-metal. Somewhat alternative too. Yet, even these labels are not sufficient to narrow it down. This album continues the journey to establish the band’s sound, which they refer to as one with ‘broken grooves, heavy and elegant riffs, sharp electronics, direct and piercing vocal performance’. As compared to its predecessor, Dark Mirage marks a considerable quality leap. Not only the production is cleaner, but the arrangements are also more refined.

“Unknown Star System” is the first and only single, and my favorite track of the album. Distorted synths buzz around, creating a pulsing atmosphere. The band then lunges into dissonance after a brief buildup introduction. Its energy reminds me of Hacride‘s “We Do Not Mourn” for reference. The verses lay backward in intensity, and the vocals crawl in softly. The tight harmonies tread lightly, without moving too much in dynamics or tone. Heavy sections keep a disruptive intention that carries the track forward. Overall, this song resembles the content of the album successfully.

Accounting for around forty minutes, Dark Mirage expands on these elements. It’s hard to pinpoint direct influences, for nuances are many, but I can distinguish some Mastodon, High on Fire, even Karnivool. For those familiar with our EIN content, I can also resemble some Onségen Ensemble and Nero di Marte. Actually, this album shares the same recording studio as Nero di Marte‘s Immoto.

The album’s Bandcamp bio speaks of Dark Mirage resembling ‘the distorted image of a troubled life form in constant change’. There lies, then, a concept across the record. Personally, I couldn’t grasp it at first listen, but it will probably grow with time. What is, in turn, palpable is the consistency of their musical footprint. Warm, organic, and wide.

Tracks like “The Cage of the Fireflies” or “Black Lotus” and “Here for a While” will take you to the more intricate arrangements the band offers. “Unknown Star System” and “Epitaph for a Friend” are vaguely more straightforward. Whichever song is the one you strike first, they all feel like a satisfactory entry point. Each of them is a different piece of the puzzle given their diversity.

Post-metal and prog aren’t genres, at least to me, where there’s much ambiguity when vibing with a record or band. It either clicks or not and sometimes it simplifies to the smallest thing. If mesmerizing metal songs are your jam, The Blank Canvas’ new album will do the job. Without needing to redefine a whole genre, the band grabs the chisel and hammers down their evolving stamp. In the myriad of albums coming out like this one, they will probably stand out after passing the initial click test.