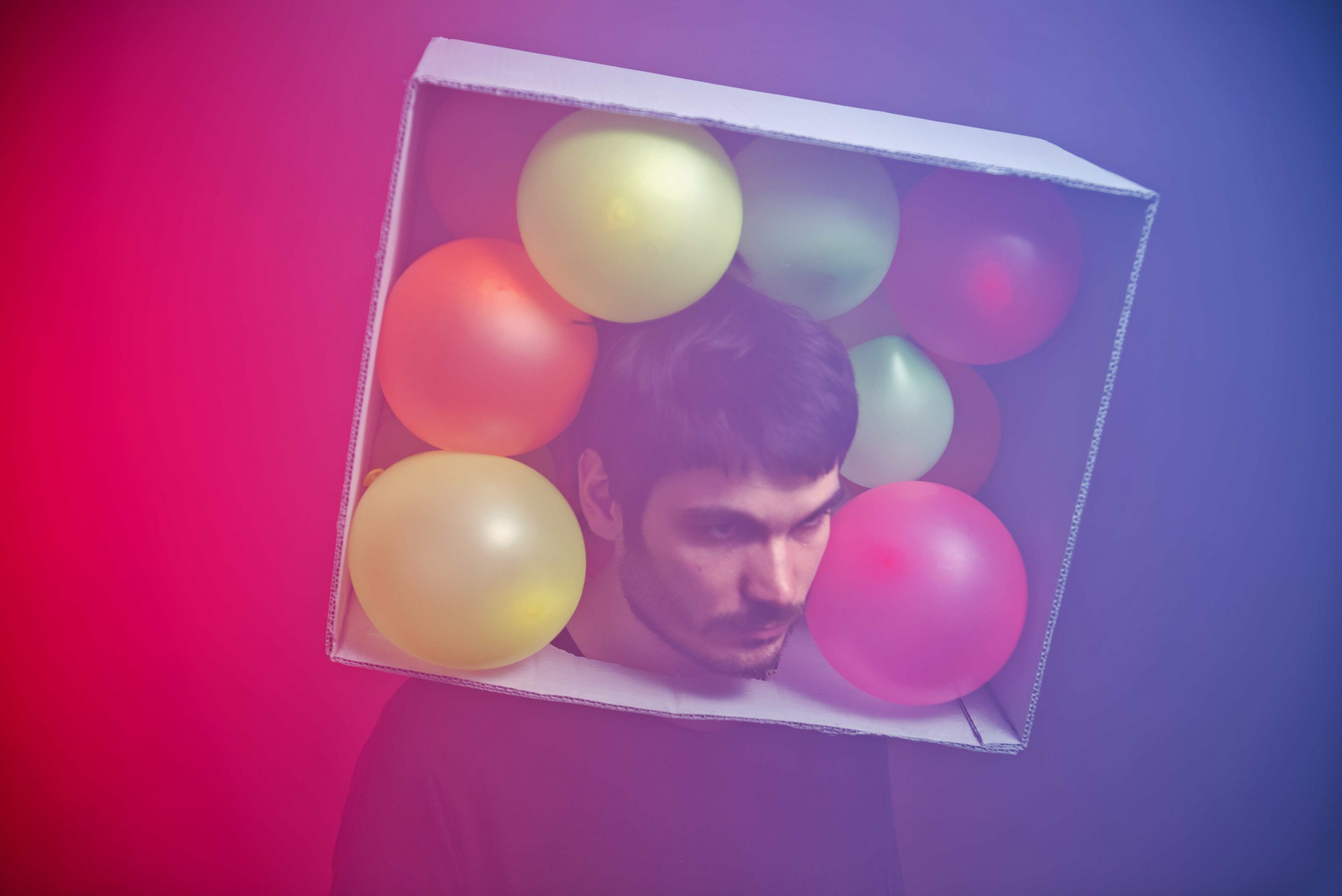 Step Into a Dream World with Oh No Noh’s New Video, “Shrugging”

Writing about contemporary music can feel formulaic, at times. My general process when approaching a new release is to consider the emotions I feel when listening to the project, attempt to contextualize it within the artist’s back discography, and to cement these pieces together with a heady mixture of amateur philosophizing, aimless abstractions that pass for critical inquiries, and half-baked attempts at pithy humor. It’s easy to run through a mountain of new releases in cruise control while operating in this manner, which is why Oh No Noh’s new video for “Shrugging” has frustrated me in the best possible way.

Oh No Noh is the brainchild of Leipzig-based multi-instrumentalist and producer Markus Rom. Rom has written and performed as this band-cum-alter ego since 2019, when he debuted an eponymous effort via label TELESKOP. “Shrugging”, the video for which we premiere today, is the second track off Rom’s upcoming sophomore LP where one begins and the other stops, dropping March 26.

The track and its video are both candy-coated compositions chock full of nifty ideas that somehow manage to be accessible and easy-breezy. The music largely consists of a mellifluous string melody overlaying a persistent, if mellow percussive rhythm. Occasionally, the track unfolds into calming soundscapes that weave subtly in and out of the main refrain, but Markus Rom so seamlessly buttons up the package that these tonal shifts sound natural and organic.

The video itself, brightly illustrated by visual artist Sandra Barth, is a quick-moving collage of objects, symbols, and landscapes. Each colorful image jostles for time, oftentimes sharing the stage with another dazzling item. It’s been suggested that the piece might recall the variegated busyness of Midnight Gospel or the dreamy surreality of Adventure Time. Thankfully, there’s no sensory overload to be had. The primary color palette leans toward a homey pastel, which, in conjunction with the track itself, builds an atmosphere that is so comforting as to be almost sedative.

Luckily for us, there is more to enjoy here than a gorgeously crafted music video and delicious morsel of indie-electronica. Rom has created electronic devices grafted with microphones that allow the user to customize their listening experience by recording new sounds, merging them with an audio stem of where one begins and the other stops, and adjusting playback speeds. Rom is generously giving away one of these devices in a giveaway that will run through the album’s release. To enter, please share this premiere and tag Everything Is Noise, after which we will select a winner at random.

If this project sounds like a fever dream of a Dalí painting, chalk it up to my ineffective communication. As I mentioned above, “Shrugging” and its music video are unique enough to scramble my tried and true structures of analysis — Oh No Nohoffer a package that must be experienced to be believed. Keep up to date with Markus Rom’s alter ego at the project’s website and Bandcamp. Stay plugged into social media by giving a like to their Facebook and Instagram, and check out TELESKOP‘s other great artists at their website.