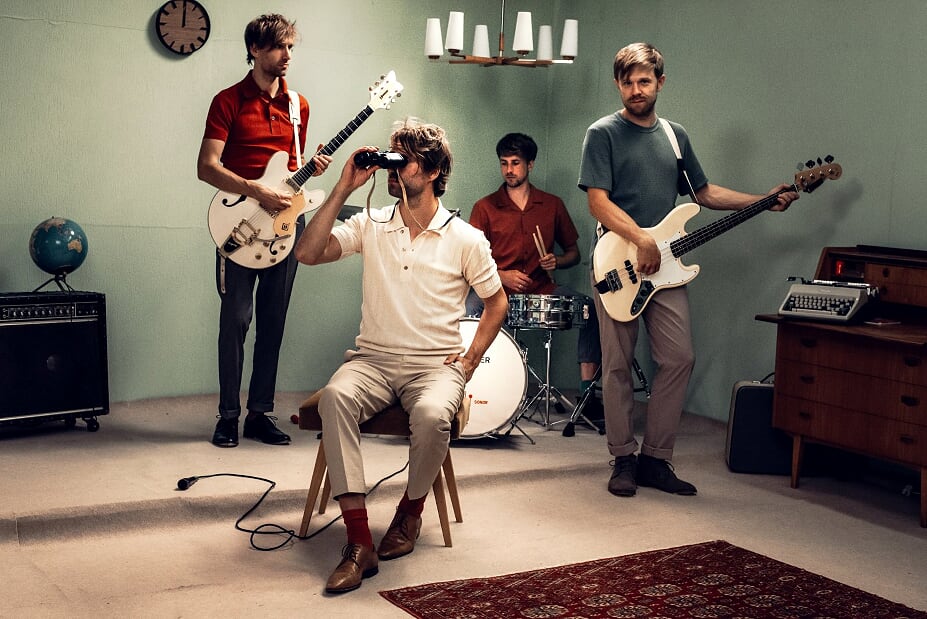 LIONLION’s new video for their song “Much Ado About Nothing” is a ‘cinematic drama in 8 acts’, starring the two identical brothers from the band, as well as their sister. The video is inspired by the Shakespearian comedy, which is set to their indie-pop song about ‘the power of togetherness as a curse and a blessing’.

The four-piece band is set to release their second full-length album this summer, called Perspective. “Much Ado About Nothing” is the first single to appear from the release, and introduces the album with a bang — almost literally. The video for the song includes somewhat of a time warp, with a couple fighting repeatedly throughout and pulling shotguns on each other. It’s hard to take your eyes off of the video, for it is an emotional rollercoaster, switching between love and hate every few seconds.

‘As in Shakespeare‘s Much Ado About Nothing, besides all the trials and tribulations, it is about the commitment to each other, against all odds. In times of collective confusion and existential ups and downs, the four boys play the confidence card with an album that is all about perspective.’

The song itself has smooth vocals and light keys, with drums and a bass line that imitate time passing. It sounds hurried, yet nostalgic, which goes perfect with the plot of the video. The lyrics state, ‘Once again, we play the game – much ado about nothing,’ which encompasses the playful and fun contrast the song embodies.