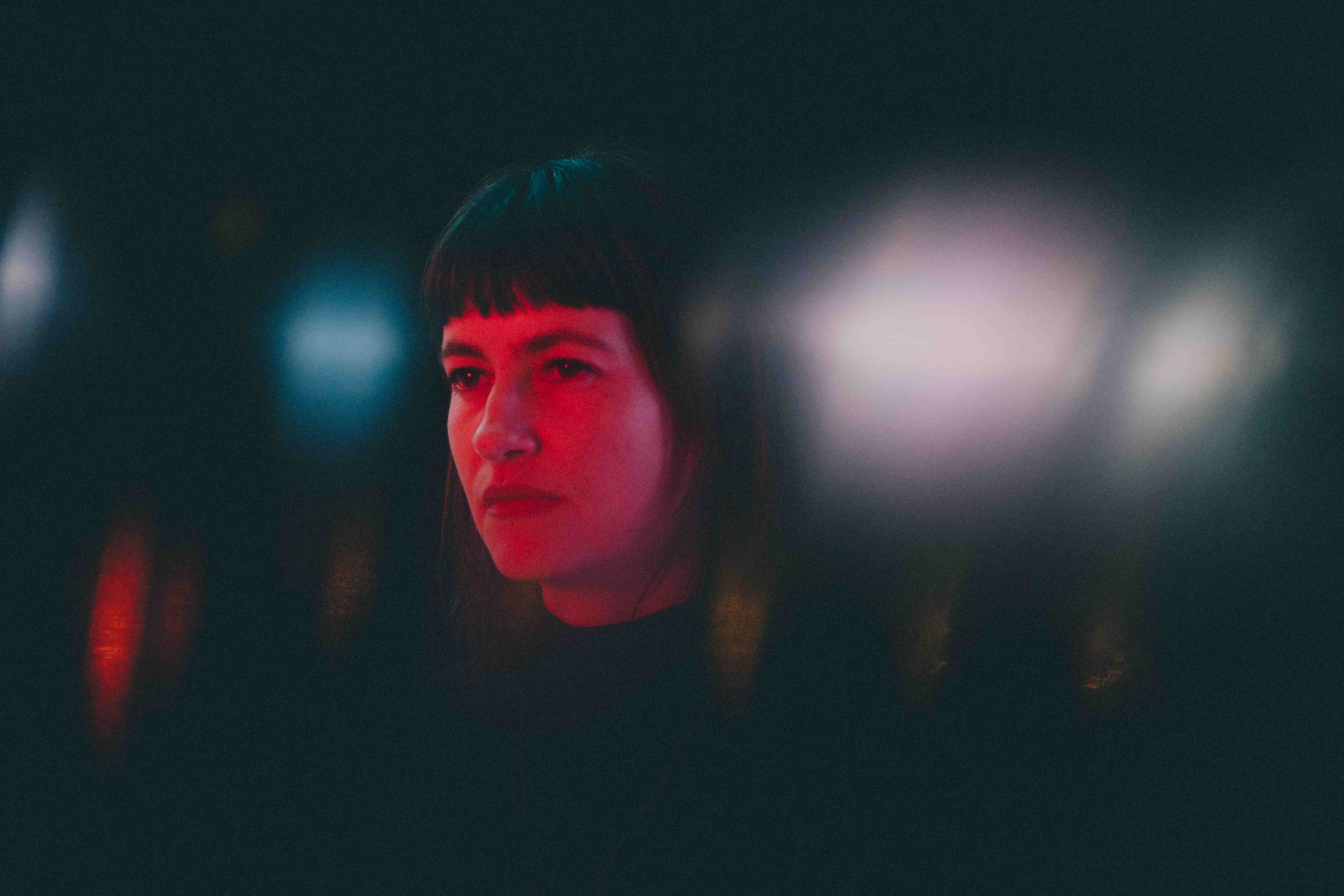 Corecass, the aurally pervasive and thrilling solo outing of the Hamburg-based musician and composer Elinor Lüdde is releasing her new album VOID today, via Golden Antenna Records. And on that note, we’re delighted to bring you the music video premiere of the album’s opening track “V O I D I”, which also functions as the first installment to a short film accompanying the full-length.

Portraying a woman seemingly fleeing from something through a graceful and ascetic mountain range in Norway, the only thing paralleling the clip’s melancholic beauty is the music itself. By uniting contemporary instruments with synthetic ones and introducing field recordings as well as foleys in her output, Corecass weaves textures and otherworldly ambiances paling to none in comparison. The absorbing audiovisual experience of “V O I D I” is emotive in its elegance, exploring the theme of a certain metamorphosis that most of us face throughout our lives. So, without further ramblings, immerse yourself into Corecass‘ captivating and hauntingly beautiful world from below.

´V O I D depicts the journey of a transformation in three acts – a confrontation with who you are, how you became that way and how you can change. It asks about reality and potential, about your past and your present. By growing up you internalise social constructs, ideas and believes from a world you perceive as given. Even your own version of yourself is determined by what you remember as experiences in your past and what you constructed around that ‘truth’ accordingly. At some point you have to face yourself and the world around you to be able to alter the situation, to evolve and move forward. The inner confrontation gets exemplified in the short film V O I D in a slightly mystical setting of nature’s vastness – a driving force of its own in infinity. In that solitude the character thrives until the point of change forces her to outgrow herself. A cave – meta level and consciousness – gives room for calm contemplation, adjustment and progress. In “V O I D I” we just enter the setting and see the first part of the whole journey.´

“V O I D I” unites elements from a vast scope of musical leanings. The track evolves dynamically, presenting aspects of ambient, folk, and post-rock for example, crafting something singular and unique by expression. Growing from soft organ passage to a rhythmical and distorted crescendo until taking its sweet time to fade away, and stopping by moving vocals and echoing swells, the song itself truly is a narrative and pristine piece of art. The sonic tapestry amalgamates with the visuals seamlessly in a sophisticated fashion, and with that in mind, Elinor Lüdde’s background in film scoring doesn’t exactly come as a surprise. The unison of different forms and flowering nuances add up to a vividly detailed entity, and I for one am extremely curious to see where the rest of the film – and music – will eventually take us.

You can stream and purchase V O I D in its entirety already today over here, and while you’re at it, make sure to follow Corecass over at Facebook and Instagram as well.

ParkWalker Leaves a “Memento” with a Gorgeous New Song