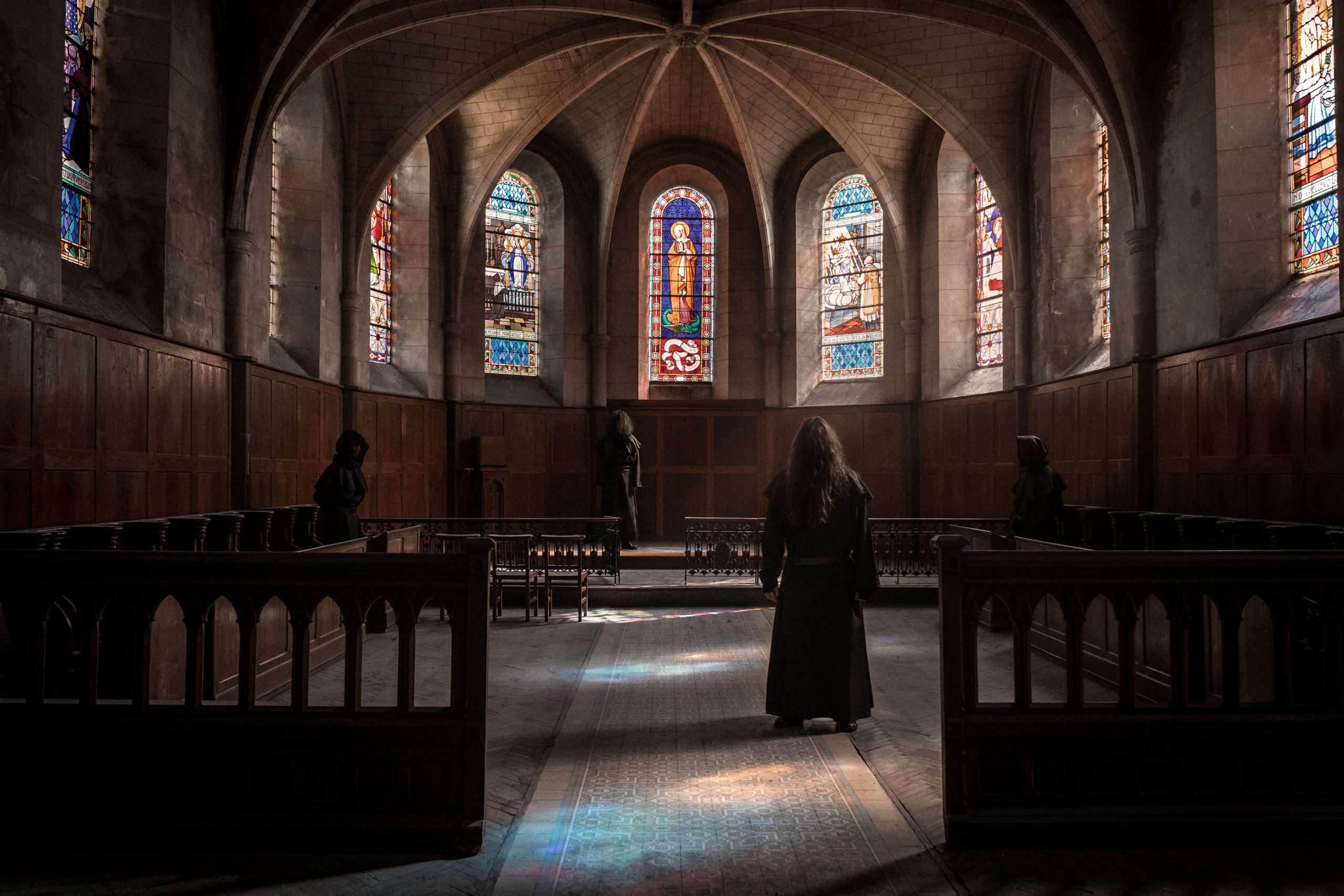 These days, any artistic reprieve from the viral media onslaught of the current epidemic – no matter how brief it may prove to be – is welcome to most people weary of the constant state of panic and disrepair throughout society. Well, I hate to break it to you, but you’re not going to find that here. Sorry. French blackened death metal plague doctors Abduction gleefully lean into the pestilence with their new single “Foi En Ses Murs Jusqu’Aux Rats” (‘belief in his walls until the rats‘), which we are delighted to present to you today.

Abduction was formed in 2006 ‘to pay tribute to the history and the majestic landscapes of their country‘. Currently based in Provins, Île-de-France, the band consists of founder and last remaining original member Guillaume Fleury (guitars), François Blanc (vocals), Mathieu Taverne (bass) and Morgan Velly (drums). This stable line-up has yielded all official Abduction releases thus far: the 2010 EP Heights’ Shivers, as well as the two full-length albums Une ombre régit les ombres (‘a shadow governs the shadows‘) from 2016 and À l’heure du crépuscule (‘in the twilight hour‘) from 2018. This latest single comes from a new album that’ll be out in April – more on that later.

Starting with a lengthy, medieval-sounding acoustic guitar passage, the song shows that Abduction are willing to carefully set the stage for their heavier tendencies. It’s only at the two-minute mark that the tremolo-picked guitars set in, accompanied by clean vocals that carry a gravitas befitting of this solemn introduction. From there, the song builds in intensity until finally erupting with mid-tempo blast beats and typical black metal shrieking, carrying these traits into a surprisingly sharp ending section, where Abduction up the tempo for an aggressive finale. All in all, this makes for a very satisfying and diverse taste of what the band have to offer.

“Foi En Ses Murs…” is already the second single Abduction released off their upcoming album Jehanne, which is due to be released on April 29 via Finisterian Dead End. The history buffs among our readership might know this date as the day when Saint Joan of Arc entered the besieged city of Orléans in 1429 – indeed, Jehanne is a concept album dedicated to the life of ‘La Pucelle d’Orléans‘. Her story is one of the most tragic and inspiring tales within French history, so Abduction definitely made a wise choice there.

If you like what you heard and read above, be sure to pre-order Jehanne via Abduction‘s label, or their Bandcamp if you’re not a fan of physical formats. Don’t forget to leave them a like on their Facebook page as well, and to pay a visit to their website.