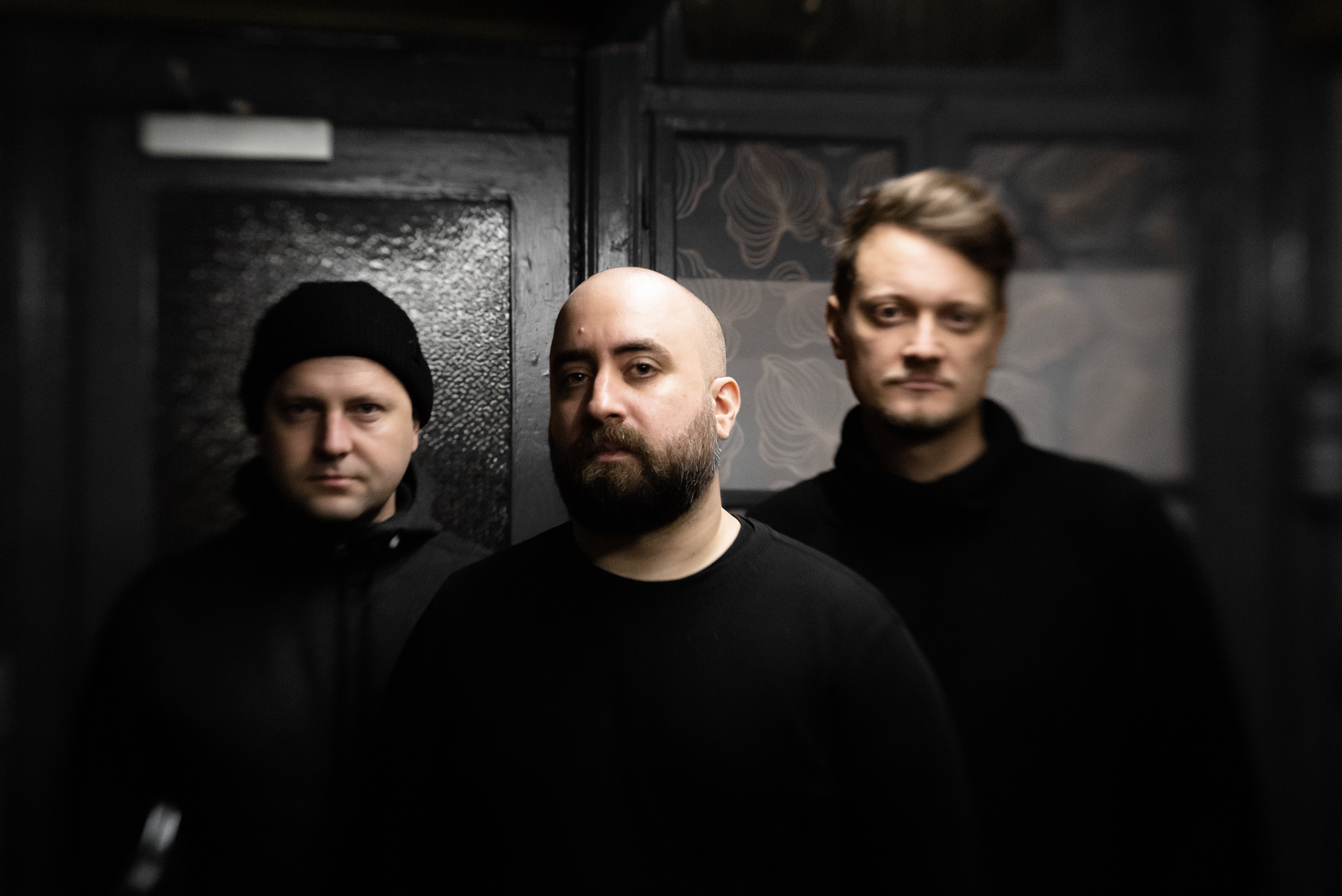 I have no doubt that 31 is a significant number to many people. Me? I’m 31 years old. Ice cream lovers? 31 flavors, baby. Austrian industrial rock band Lehnen? A little less clear, but we’re here today to premiere a track by that name, and premiere we shall. It comes from the band’s fifth album, Negative Space, which releases on September 17 via Noise Appeal Records (EU) and Post. Recordings (USA).

“Thirty-One” is a pensive number, awash in fuzzy, processed synths and a cloyingly dark atmosphere. The inner workings of the track – drums, programming, etc. – really nail home that mechanized tone indicative in a number of industrial acts, but where others may summon it with a primal energy, Lehnen are more apt to keep it looming in the back as if watching you from the shadows. The whole vibe is like walking through a devastated city, rubble and debris flanking you on all sides, pitfalls in the street threatening to swallow you whole, billowing smoke from untamable fires dot the landscape, and you have nowhere safe to go. It’s a foreboding feeling, but there’s also a freedom to it, like the city was holding you hostage and now that it’s broken, you have a chance to escape.

The video itself gives it more of a claustrophobic slant, like the view in frame of the video is all that exists in the world, boxing in these human figures we see on screen, panning away and back with dark, muted colors to blanket them. Imagery of scissors, paper, and threads relate to the lyrics directly (‘You don’t know how/Pages were torn out/This fate is made/It’s so late‘) with the thread being of particular interest. I see parallels between that imagery and the threads of life woven by the three fates of Greek myth, representing the life of mortals from birth to death. We also see an adult go to cut the string linking two cans together that children were communicating with, a not-so-subtle allusion to the distance and isolation we’ve all felt the past year (‘Separation/Most days I don’t go out/At all‘).

It’s a wonderfully complementary visual to this strong track. I’d be remiss, though quite stereotypical, for not mentioning light similarities to Nine Inch Nails that Lehnen have, but a more tempered vocal delivery and the layering of the song’s elements make them a force all their own. Some of the washier synth patterns even remind me a bit of the Goldeneye 007 soundtrack (Dam level, anyone?).

Lehnen‘s new album, Negative Space, is out on September 17, when it will able to be enjoyed time and time again – perhaps 31 times? Our EU pals can support them by preordering an LP or CD through Noise Appeal, US pals through Post. Recordings. You can also peep their previous material, and assumedly their next album, on Bandcamp. Follow the band on Facebook, Instagram, and Twitter to fill your screen’s negative space.