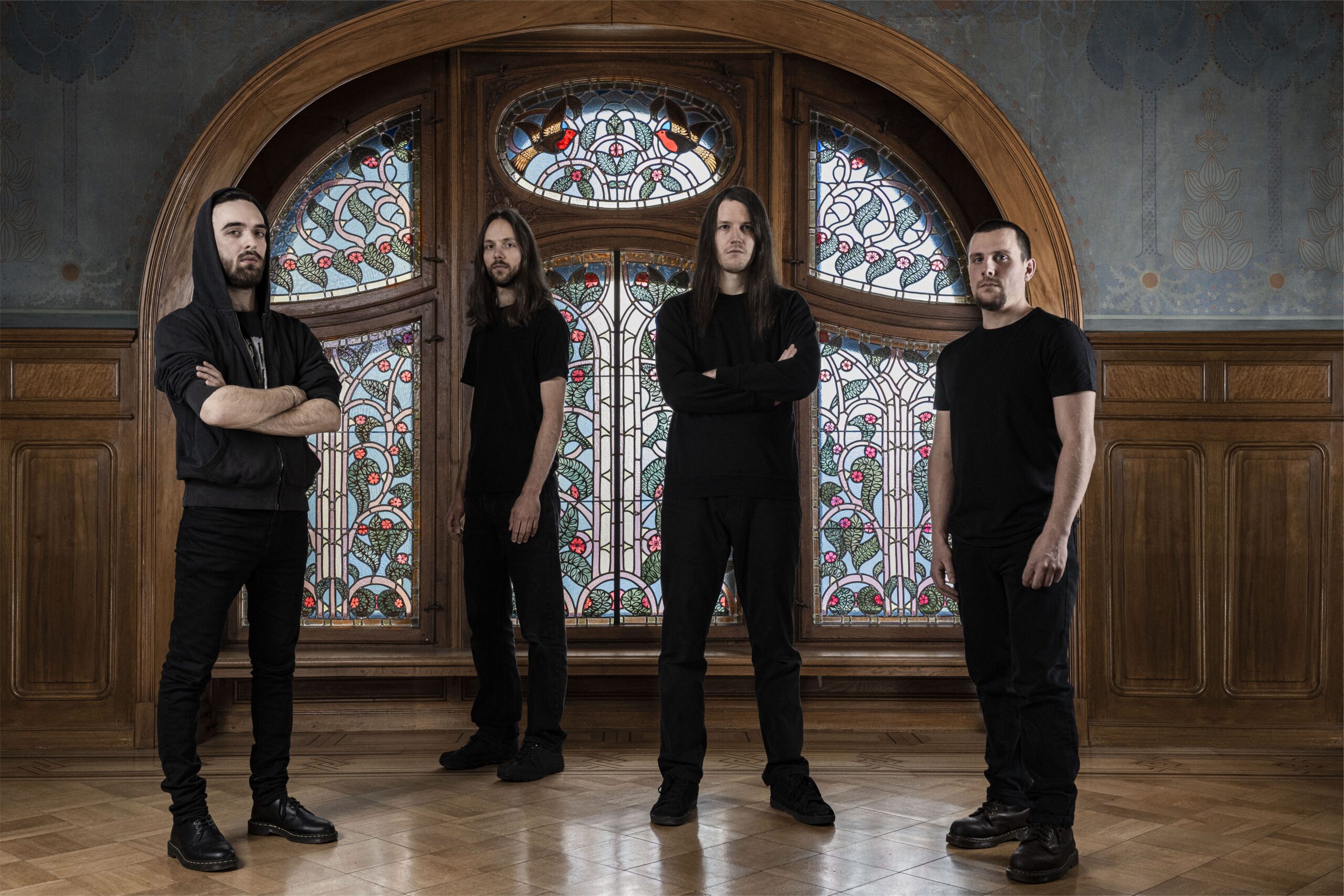 In the slower, broodier realms of metal, it is not unheard of for songs to run the length of a typical album. Today’s premiere is an extract from just such an ambitious release – the upcoming 43-minute song/album Charogne from the Swiss black/post/grind metal act Icare. The excerpt we hear shows the breadth of the band’s dynamism, moving from plodding and melodic post metal into blackened blasts. You can hear more below:

This piece compares the more post elements of The Ocean or Cult of Luna, with arpeggiated guitars matched by caustic vocals and pounding drums. However, the occasional forays into frantic black metal further capture the bleak cold fatalism of the album’s inspiration.

The album is artistically intertwined with Charles Baudelaire‘s poem “Une Charogne”. Icare describes this long-form song as an adaptation of the poem. Based on the snippet premiered today, I am very excited to hear the full exploration of the piece once it is released through Hummus Records on May 6.

Charogne will be Icare‘s second full-length, following 2017’s Khaos. Their debut was conceptualized and created as a studio project, while Charogne was composed with an immersive live environment in mind. Considering the emotionality, scope, and depth promised from today’s brief glimpse of the album, I do not doubt that a live experience of Charogne will be one to remember.

You can pre-order Charogne physical copies here. You can also check out Icare‘s music on Bandcamp, and keep up with them on Instagram.