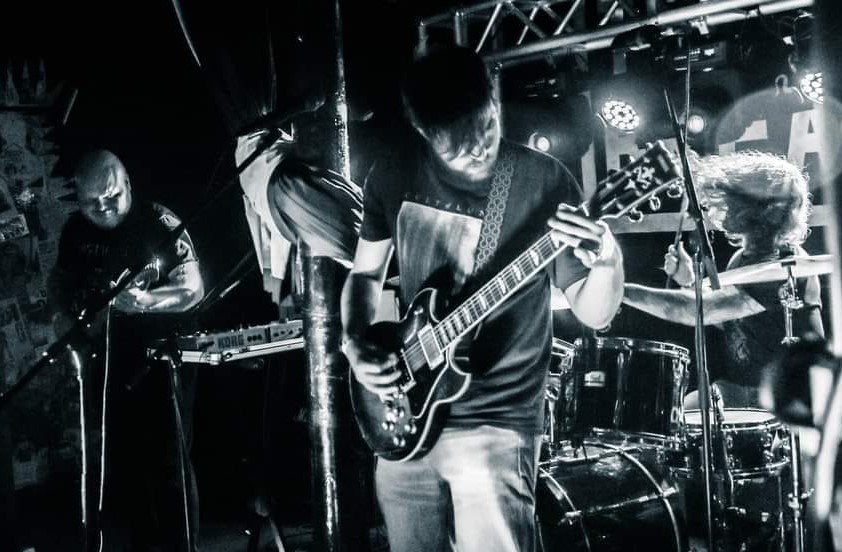 By Pete OverellAugust 4, 2022 No Comments

Everest Queen are back, hitting the ground running with a storming new single from their upcoming second album. The UK post-sludge outfit made ripples in the space with their 2019 debut Dead Eden and are ready to drop their sophomore at the end of September on Trepanation Recordings. With the band adopting gigantic post-rock swells to accompany their gargantuan riffs this time, it promises to be a feast for the ears. Everything Is Noise is pleased to present Everest Queen‘s “Divergence” – from their upcoming record MURMURATIONS – for you today and we hope you enjoy it as much as us.

The band hail from just north of London in the UK, and have already amassed quite the following in the local scene, no easy feat considering the swelling sludge and post-metal scene in the country. Since their debut, their quality has improved vastly too, with the production much richer on the ears, the instrumentation painting better stories in the mind’s eye. Whilst there is a trade-off in the relentless riffs for the post-rock, I certainly think it is for the better, setting them clearly apart from their peers, making the vocal hooks and riffs hit even harder with the concise contrast.

“Divergence” is one of the most interesting sludge tracks I’ve heard this year, reminding me greatly of their underground peers codeia with the slow winding post-rock build-up. Yet, where they diverge greatly is through Everest Queen‘s use of synths and bass, which fill the mix completely. Similar to masters of the craft of depraved synthy-sludge SÂVER, the band are able to enrich the track with a deep, foreboding atmosphere, the perfect companion to the gritty, raw guitars and vocals. Later on, you’ll hear a very Pallbearer-esque riff, a platter of influences and sounds that work very damn well together. The video for the song was shot in the band’s studio and works great for the track, showing the brutal vocals of lead singer Adam Taylor and the multi-instrumentation of the band.

Needless to say, we’re excited as fuck for the new record. MURMURATIONS drops on September 30, 2022 on Trepanation Recordings, and you’ll be pleased to know we’ve included all the social links you could want below the premiere. Without further ado, we present “Divergence” by Everest Queen.