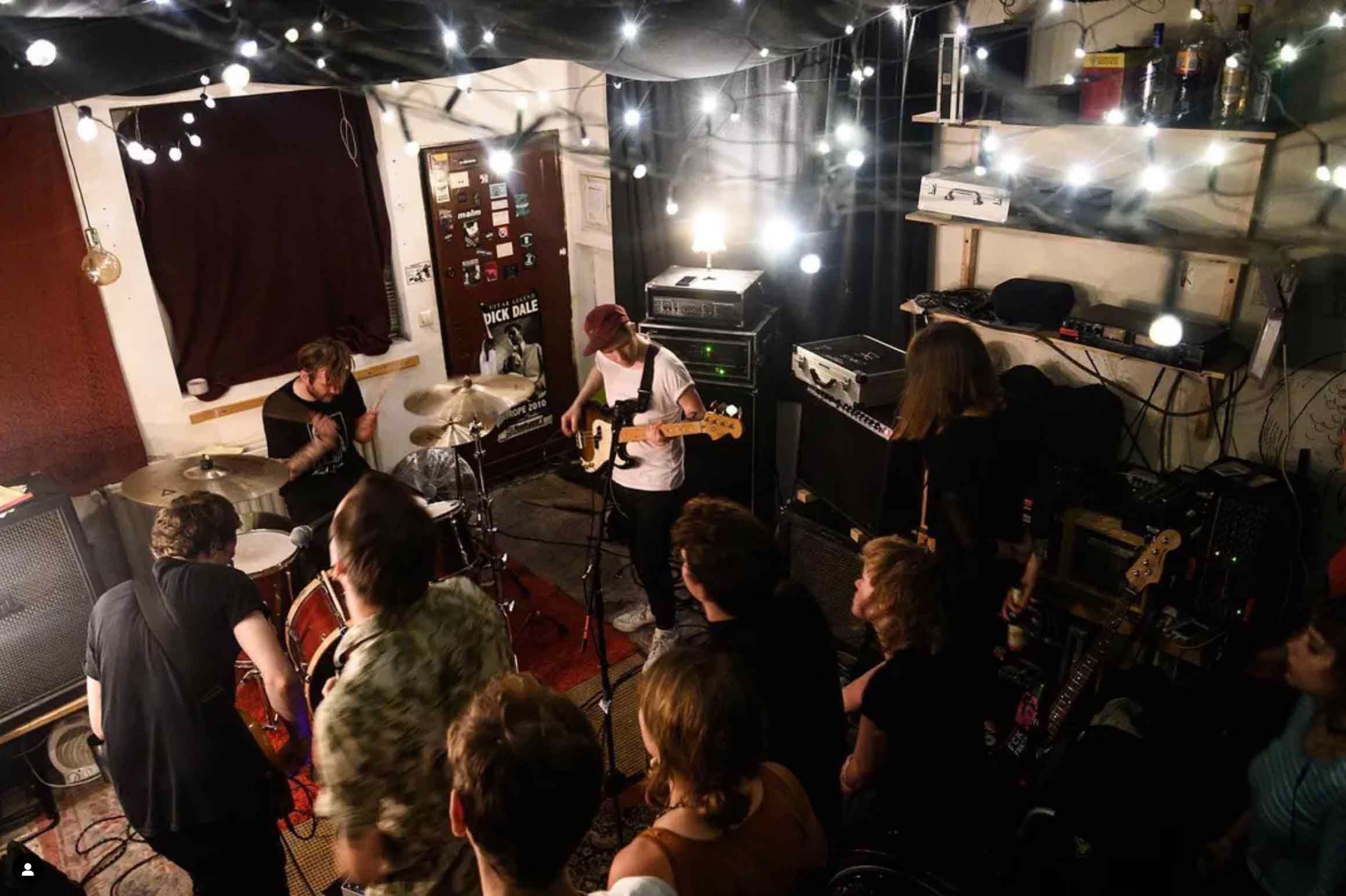 Berlin is a hot-spot for DIY projects. From self-publishing bands to groups making their own videos, promotional materials, and more, it’s always a breath of fresh air seeing the scene taking shape over there. Colored Moth certainly ride that wave, and the artsy video for their new single “Shora” is very indicative of this. Featuring flashing scenes of long, dark drives intercut with friends of the band Riot Spears in a multitude of strange situations (dancing in the road with umbrellas and playing with sparklers to note), the chaotic post-hardcore track careens along for only two minutes before fading away in a brief moment of feedback.

The video is purposely a bit vague – ‘The wintry darkness helped us create a dense atmosphere where something is definitely going on – but most of it is left to the viewer’s imagination.‘ One thing that isn’t vague is the energy brought forth on “Shora”. It kicks off almost instantly with a chunky, harsh guitar riff that serves as the backbone of the track for its course. Truthfully, there’s little diversity to be found in the track. But what it lacks there, it makes up for with ferocity and an incessant catchiness. This is pure post-hardcore without any frills or subversions. Colored Moth created a really fun song that relies on nothing more than fitting the mold of the genre exceptionally well, and I always love to see that.

While this album may be releasing on a label outside of the bands hands, this trio pride themselves on taking matters into their own hands, and bringing aboard trusted friends to help them shape their work. Artwork, photography, recording, and features on songs are all done by some of their companions, and even things such as organizing and supporting gigs are done in this manner. The resulting creation feels much more special with this in mind, knowing the level of intimacy and trust that go into every bit of Colored Moth‘s work.

The new album Inertia will be the third full-length from Colored Moth, but will be the first one releasing through Moment of Collapse Records. Pre-orders for the album are live now, and “Shora” is a really exciting example of what to expect when the full album drops on June 24 of this year. Be sure to follow Colored Moth on Instagram and Facebook for more updates on Inertia.