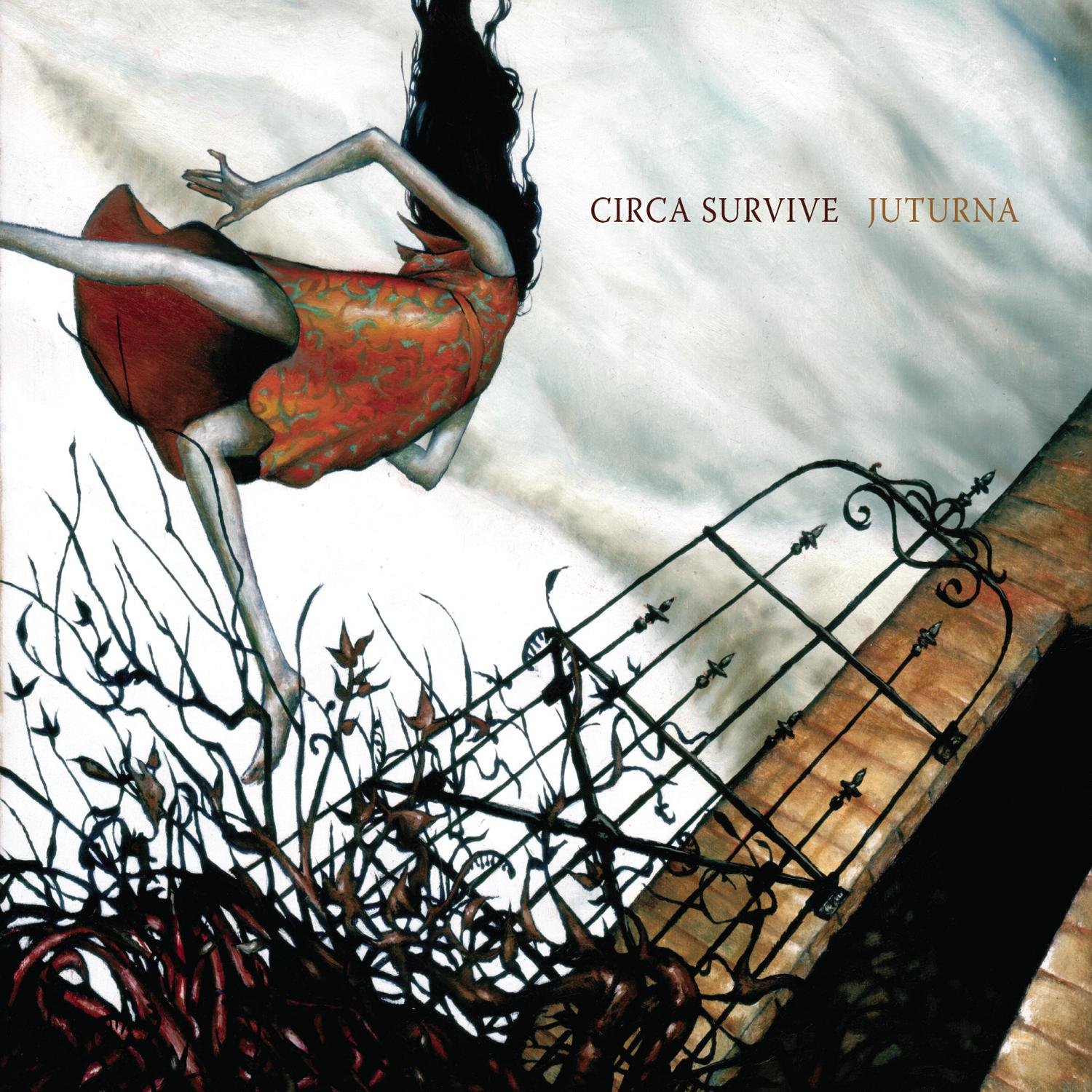 A SCENE IN RETROSPECT: Circa Survive – “Juturna”

By Dominik BöhmerMarch 3, 2019 No Comments

Establishing a deep personal connection between a band and their audience isn’t an easy feat – as a performer, you have to be 100% emotionally available at all times, on record and on stage, to build a committed, tight-knit fanbase around yourself. Anthony Green has mastered this art, making his band Circa Survive one of the most revered rock acts of their time. It’s hard to accurately measure their impact on the music scene without taking into account the impact they had on their many fans’ personal lives, which isn’t something a lot of groups can claim for themselves in this day and age.

For this episode of A Scene In Retrospect, I invited Everything Is Noise staff writers Billie (our resident Circa Survive superfan) and Spencer to divulge their takes on the band’s 2005 début record Juturna. Please enjoy!

To call Juturna anything less than magnificent would be a tragedy of the ages. With Anthony Green coming off of the high that was Saosin‘s Translating The Name, fans (myself included), were curious about what was next for him. Luckily, we didn’t have to wait long before Circa Survive would be announced, and prove themselves to be one of the most interesting and fun acts to come out of this last decade.

I still remember how I found out about Circa Survive. I was a late comer to Saosin, only finding out about their debut EP right after Green left. As unfortunate as I felt that was, in doing my personal, curious research about Saosin, who decides to grace my Myspace feed with their lead single? Good ol’ Circa Survive, debuting ‘Act Appalled’, which is still one of my favorite songs they have written to this day. So I gave it a listen and it had me hooked. Thankfully, since I had not been as invested with Green being in Saosin, it was an easy transition to love him in Circa Survive.

So after seeing “Act Appalled”, I decided to head on over to my trusty iTunes and check out who this Circa Survive was and how good their Juturna album could be. I saw very odd tracks names such as “The Glorious Nosebleed” and “The Great Golden Baby”, so of course those are the ones I checked out first. If you’ll allow the twisted metaphor, this was all an upward spiral, because this album only got better and better the more I listened to it. The lyrics were deep but not over-the-top, so they could be found relateable and show connection to our own lives. The instrumentals were amazing and interesting, not only for me then, but even today. This record is just a masterpiece that still holds up to this day.

What really perfects this album is how well the music fits with Green’s voice, and vice versa. It really seems like this was the band that Green was made to be in. While more recently he has rejoined Saosin and also has numerous other side- and solo projects, I can say with absolute certainty that is with Circa Survive that he has found his home, and it all started with a little release called Juturna.

Juturna is one of my favorite albums of all time. It had a lot to do with expanding my musical tastes when I was at an age where all I wanted to listen to was metal; I would have been judged harshly by a lot of ‘friends’ at the time if they knew my secret obsession with Circa Survive while in high school. Juturna sparked that obsession with its release, and opened me up to much more in and around that scene.

Juturna was unlike almost anything I had ever heard. I listened to a little bit of bands like Hawthorne Heights for years, but this was also the time I was getting into acts like The Red Chord and developing a ‘metal or die’ persona. I was leaving my previous tastes behind. So when I first heard Circa and didn’t want to immediately dismiss it, I was perplexed.

I didn’t know what it was that I couldn’t shake, be it the piercing high vocals of Anthony Green or the psychedelic guitar parts of Colin Frangicetto. Whatever it was, I kept coming back to Juturna more than anything else for quite some time. The same thing happened with On Letting Go, and by the time Blue Sky Noise dropped, I could proudly admit Circa was my favorite band.

Easily my favorite aspect of Juturna is the passion in the delivery of Anthony Green’s vocals. He is my favorite vocalist to this day, but I don’t think much of anything has ever delivered as well as the vocals in songs like “The Great Golden Baby”. The emotion he manages to push forth is something I feel a lot of vocalists fail to capture, and of those who can, few come close to doing it in the way Green does. If you have ever seen the band live, you’ll know that this passion is pushed through tenfold when he is on stage.

As much as I love the entire album, the best part is the very end. “Meet Me In Montauk”, the odd, fuzzy, acoustic closer that feels more like a recorded brainstorm than a closing track, is incredibly charming to me. But more than that, it hides one of the most beautiful songs I’ve ever heard after the close. “House of Leaves”, the hidden track that plays out after some silence, is one of my favorite songs. It is so different than the rest of the album, taking a much darker tone than most of the songs before it. It is incredibly jazzy, and instead of Green hitting his usual piercing tenor notes, he sings a few octaves lower with a brooding delivery.

I could go on and on about the masterpiece that is Juturna; it has been hard to contain my love to 500 words. If you haven’t heard this album, what are you doing? This is one of the greatest post-hardcore albums ever made! Few bands have ever replicated the sound that Circa Survive still carry to this day.

What are your thoughts on/experiences with Circa Survive and their music? Do you have any personal stories to tell about their intense live performances? Leave it all in the comments! You can also always suggest some records to us that you’d like to see included in this feature.

See y’all back here in fourteen days for another look back at a classic record we had yet to review – I can already tell that it’ll be a great episode, judging from the record we have coming up on our list. Until then, stay safe, and as always…