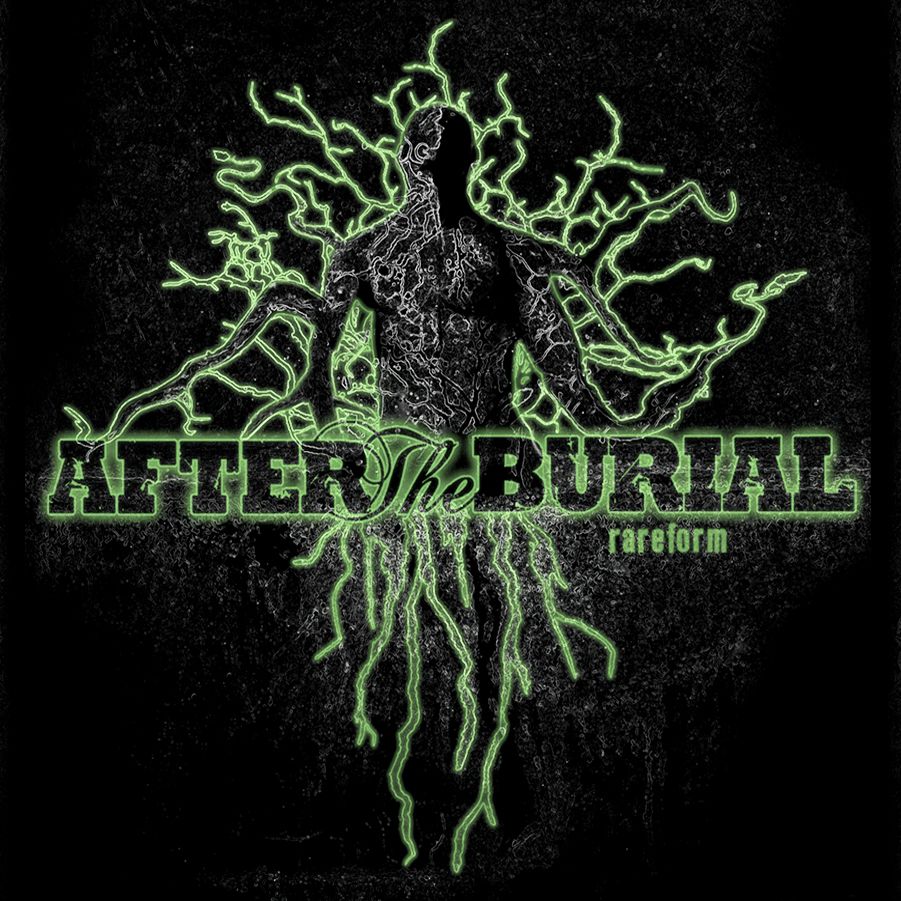 A SCENE IN RETROSPECT: After The Burial – “Rareform”

Ah, the olden days of the djent movement, back when it was actually still artistically relevant. Those were certainly good times, but time certainly hasn’t been all that kind to this particular subgenre of (progressive) metal. Still, it produced its fair share of releases that deserve to be celebrated even outside the confines of a short-lived fad that was mercilessly run into the ground faster than it bloomed into a fascinating style in the first place. But I digress. Today on A Scene In Retrospect, we’re taking a look back at the progressive deathcore/djent powerhouse that was After the Burial‘s “Rareform”. For this, I assembled a team consisting of EIN staff writers Billie, Spencer, and Natalie; you can find their thoughts on this record below.

I know it may seem repetitive that most of my input into these features starts off with ‘I was browsing iTunes, and stumbled upon this album‘, but that is just what I did for most of my time back then. So, as per usual, I was browsing iTunes, and I stumbled upon the glory of Rareform. The main thing that caught my eye was the cover art. I thought it was pretty cool, so I dove right in. All it took was those first three seconds for me to get hooked. The intro for “Berserker” was incredible. It was one of the most, if not the most, technically incredible things I had heard during that time. With my catalog consisting mostly of post-hardcore during that time, it was awe-inspiring to hear something like that.

Every track is filled to the brim with skill and talent. From the complexity of “Berserker” and my personal favorite “Cursing Akhenaten” to the fun and lively “Rareform” and “The Fractal Effect”, the record has so much in it. There is never a dull moment, nor are there hints of boredom, even after the countless times that I have listened to it over the course of eleven years since its release. The vocals on the original release were a perfect match against the backdrop of the instrumentals. No song feels like it is too much, or is lacking in any way.

There is no shortage of praise from myself about this album. From start to finish, it is a technical masterpiece in my eyes. This record changed my opinions on my listening practices, and helped define what I enjoy today. It is very frustrating how difficult it is to find the original version of this album, as their label Sumerian Records has pretty much replaced all of them with the re-issue, but at least the core of the album is still there. Even with the re-recorded vocals with new frontman Anthony Notarmaso, it does not take away from the passion and raw intensity of the original. I do not feel over-confident in placing Rareform in my list of favorite releases, as it was a turning point in my love of music and what I enjoy now. Rareform finds After the Burial in a rare form, and in my opinion, it is still their magnum opus to this day.

While I do believe music, like all forms of art, is about self-expression and should be whatever the artist wants it to be, I will always feel more of an affinity toward those that I can relate to, or those that evoke deep emotions in me. This is exactly why After the Burial will grab my attention every time.

My introduction to their music took place around the same time I really became fully immersed into the metal scene, and as soon as that insane breakdown begins in the intro of “Berzerker”, my insides erupt with excitement and energy. It’s no wonder as to why Rareform has been revered as one of After the Burial’s best albums to date. And as progressive metal is my desired weapon of choice amongst all the subgenres of metal, I was bound to love everything they did thereafter.

As the band’s second studio album, Rareform entirely set the tone for all After the Burial would go on to accomplish in their career; they only continue to amaze me even today, nearly eleven years after this album’s original release. I had the pleasure of catching them on the first stop of the very first tour they did after tragically losing guitarist Justin Lowe, in which they played multiple songs off Rareform. Of course, Lowe was one of the group’s founding members, so his loss was one that cut extremely deep for both the band and fans alike. Vocalist Anthony Notarmaso gave a beautiful speech about the importance of mental health, friendship, and the power of healing through music. It was the first time I had seen them live, only after just discovering their work months prior, and the entire experience blew me away. Not only was it one of my first metal shows in general, but given the circumstances, I felt an instant connection having had to deal with similar circumstances through loved ones in my life. Hearing them play this album (which was produced and mastered in great part by Justin Lowe himself), along with Dig Deep (which they announced and released shortly after this tour), really encapsulates the raw, vulnerable, and all-around incredible journey After the Burial had been on thus far.

It seems it is all too often that the metal scene witnesses great loss, but somehow the surviving members push through and further their legacy. Because this rise from the ashes occurred at about the same time my venturing into metal music began, it feels like this band and I are connected. For that, Rareform and After the Burial will always hold a special place in my heart.

Rareform is one of my favorite metalcore albums ever, hands down. It was my first introduction to After the Burial, and I was immediately hooked on first listen. It was way more technical and progressive than any metalcore I had heard up to that point, and it blew everything away. This was right around the time I was getting into less mainstream metal and developing my own tastes, and I think Rareform had a serious impact on my listening habits from then on.

My first time hearing this album was actually in Saints Row: The Third, which has one of the best licensed soundtracks ever in my opinion. The first time “Berzerker” came on the metal station, I literally stopped what I was doing just to listen because it took me off guard so much. The frenzied shredding from both guitarists in that intro floored me. When the unique high vocals of Anthony Notarmaso kicked in, I was hooked. I immediately downloaded the full album and started listening to it.

As much as I love the wild start to Rareform with “Berzerker”, it’s not the thing that pulled me in the most in the end. As I dove into the tracks beyond it, I realized how much After the Burial had to offer to my developing palette. The constant melodies, harmonizing guitar riffs, and general groove of the album is what stuck with me the most, even to this day. The opening to “Cursing Akhenaten” still gets me pumped. Preparing to write this is actually the first time I’ve listened to that song in a few years now, and so many memories came flooding back to me and I was captured once again by the catchiness.

I don’t think Rareform has a bad song on it. To me, it is one of the penultimate examples of metalcore in its time. While there are no bad songs, there are some songs that are better than others, the prior two mentioned being two examples. My favorite track on this album will forever be “Aspiration”, however. The beauty of the intro of it is something I’ll forever appreciate, and even when it gets heavy as hell I don’t think this song ever really loses that sense of beauty. After the Burial certainly made something special with Rareform, and it’s an album I will always cherish.

That’s all for today! What are your thoughts on/experiences with this band and album? Leave them in the comments! I hope this stroll down memory lane was pleasant for you; despite my obvious ragging on the genre After the Burial (and by proxy Rareform) pertain to, I can’t deny that it had a big impact on bringing people from different fandoms together, which is why albums like the one we discussed today deserve to be celebrated for what they achieved in a pivotal time of metal history. In other words, a healthy dose of nostalgia is definitely in order here, whether you still enjoy the whole djent thing or not.

Either way, come back in a fortnight for another belated look at a truly underappreciated record! Until then, stay safe, and as always…