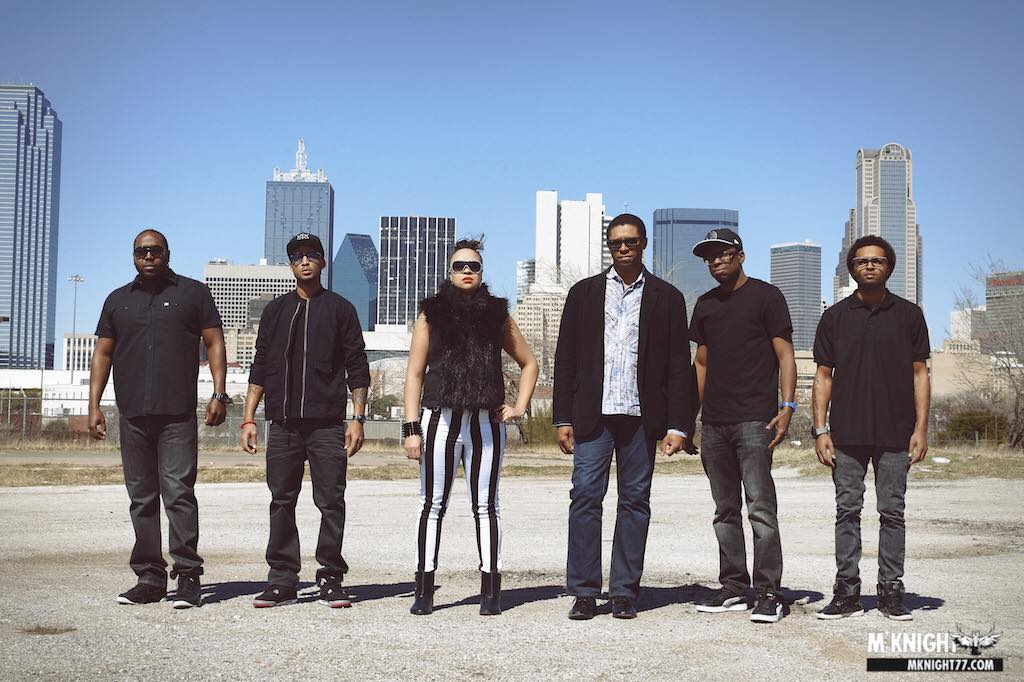 RC & The Gritz give out a smooth, tough and funky soundscape, all of which is composed in epic fashion.

Hailing from Dallas, Texas, RC & The Gritz uphold a long-standing heritage of R&B and hip hop, creating a record every bit as deep and substantial as its many great musical ancestors. It comes loaded with an arsenal of collaborators, but manages to remain consistently true to itself along its entire breadth. There is no dullness or deviation. Instead, there is a lot of heart, a great deal of fun, and plenty of food for thought.

Analog World‘s healthy dose of charisma hits listeners from the very start. Opening track “Road Rage” is a noir-tinted instrumental of jazz funk with a humble flavoring of electronic spaciness. It sets the precedent for the album, but Analog World‘s fearless identity only truly manifests when the vocals of Claudia M. Melton make their mark in the album’s second track, “My Conscience”. From this point onward, the album is an even-tempered mix of the soulful, the dreamy, and the exuberant. In many ways, it’s a record for all occasions, and the general smoothness of the production binds it all together nicely.

Jazzy drums, brass, and bass rule the roost in the long run. But one can swiftly summarize from Analog World that RC & The Gritz like to play about in a lot of different musical school yards, and in each one they apply a great deal of intuitiveness and express no shortage of passion. The music has a seemingly naturally-born lust for life.

Tracks such as “3AM” evoke a sense of urban grit, but strictly from the perspective of the casual daydreamer. In contrast, its follow-up, “Special” conjures flashes of 70s funk, slowed to an ample swathe of groove. It seems that the party spirit is never far from RC & The Gritz‘s thoughts, and even reaches pop-song levels in certain moments. After a contemplative middle act, Analog widens the genre tunnel in the reggae-tinted “Hot Pearl C”, and saves its most upstanding political reflections for the final few bouts, as heard on “IMAGINE”. As a package, the album’s finale remains true to the conviction of its opening, right up until the final beat. Boundless jazz and spacey soul sign Analog World off and ensure that the listening experience was a worthwhile and decidedly epic one.

Anolog is faithfully hip hop and R&B in one sense. But listen close and you’ll hear that this album is the result of a hell of a lot of influences which have been hand selected to blend into the ideal soup. So even though the opening moments lay an expected foundation, there’s no predicting the surprises lying in wait with each new track. The record touches on many things and rests on no particular laurels. But whatever this outfit put their hands to, they perform it with distinction. When it’s a not a celebration of the good times of life, it’s a tough advocate of reality, and so the album ensures that it’s everything it could possibly be. Whether you’re half-asleep or wide-awake, Anolog will take you willingly for the ride.