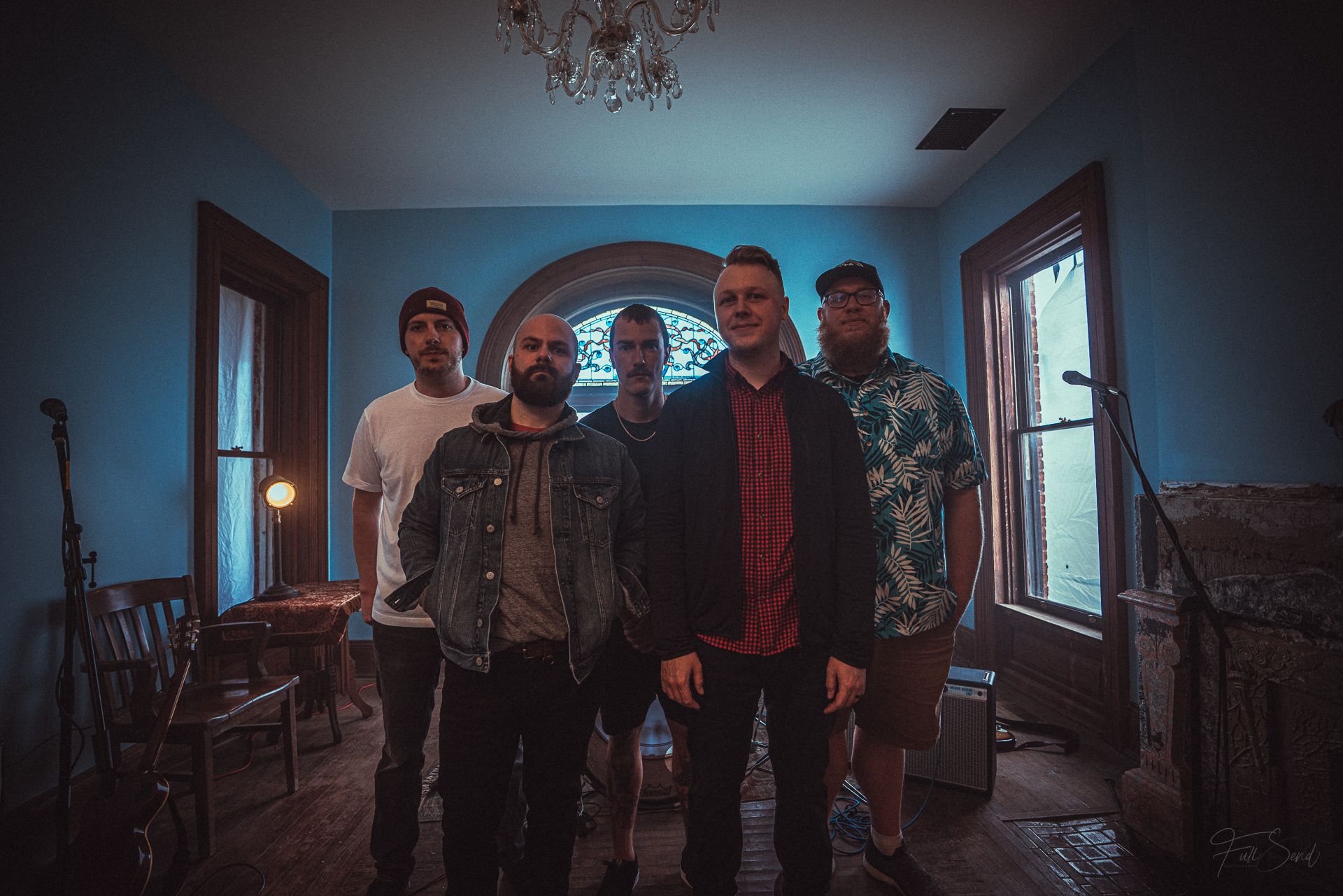 By Billie HeltonAugust 2, 2021 No Comments

2021 has been an absolutely wild year for music so far. I have already checked out close to 200 albums myself, and there are quite a few that have stolen a special place in my heart. Evergreen, the newest album by Wolves & Machines, has skyrocketed to the top of that list for me. I couldn’t help but reach out to the band and try to secure them for a well-deserved spot as a Weekly Featured Artist here at Everything Is Noise. To my utter joy, singer/guitarist Aaron DeVries was quick to agree to speak to me for this week’s feature!

Wolves & Machines is an indie rock quintet from Saginaw, Michigan that formed in 2008. They play a really fun style that mixes elements of indie, alternative, and emo. Like many of the best band stories, they were just a few buddies from high school who started jamming in a basement after connecting through music and going to local shows together. At the start they were heavily inspired by Your Best Friend, a local act to them that they regularly saw perform. ‘I think our first goal was to be able to play a show with them.‘ They were inspired by a plethora of other bands, and depending on the day they’d give you a different answer for which band inspired them the most. Over the years, the group has gone through quite a few line-up changes, almost exclusively due to band members seeking out different endeavors as they grew older. This very thing actually led to the hiatus of Wolves & Machines in 2015 which persisted until 2019. At this point they fleshed out the band with a third guitarist, morphing from a quartet into a five-piece while recording Evergreen.

‘When we first split in 2015 it was kind of mutual. We had done Since Before Our Time and released that in 2014, and we couldn’t really do a whole lot with it as far as with our schedules couldn’t line up easily. We didn’t tour. We never really did tour. We just played sporadic shows and it was kind of like, after a year, the newness and excitement had kind of worn off and we couldn’t play shows and promote it like we wanted. We also went through some life changes, I had moved away from Saginaw and it just kind of lined up that like, ‘Hey I know we aren’t gonna be able to get together for shows or to jam or anything for the foreseeable future, so instead of telling everyone that we can’t play a show, let’s just not be a band anymore.’ So we played a last show and that was that.‘

Maybe a year after the start of hiatus, when the members of Wolves & Machines got together they would talk about possibly playing or doing something again. At that point, however, most of them had moved further in life so the priorities of the band, for the band, shifted. ‘At that point we were all adults with careers and wives or fiancée’s or girlfriends or whatever and mortgages. I think the priority changes where we wanted the band to be a more casual thing.‘ The change in perspective and priority shift makes sense, because there is a definite change in tonality between Since Before Our Time and Evergreen. While I wouldn’t consider most of their catalogue super dark or depressing, there is definitely a bite and an angsty timbre to their pre-hiatus work. It’s effective in providing an intense and emotional delivery, while also being chock full of really sweet moments and sounds. A great example is “Only Drowning Men”, the first song of Since Before Our Time. Tonally it’s a darker song, but it’s also interspersed with sharp, plinky xylophone notes. These aspects make them at times reminiscent of Moving Mountains, one of my all-time favorite bands and one Aaron and I mutually gushed over in our chat. Evergreen is a very sweet and positive album in comparison to their other releases. It opens with the vibrant and uplifting horns and acoustic guitar of “Kaleidoscope”, and while it is an instantly recognizable shift, the music is still very recognizable as Wolves & Machines.

‘We had all these new different things going on in our lives since the last record. I moved, got married, and started a new career and was feeling pretty good about everything. I think there’s a more positive, brighter, and happier theme to Evergreen because of that. I wanted to be as truthful and honest about how I was feeling as opposed to, in the past, if I was bummed out I’d write a sad song. I didn’t want to go back and pull up those feelings again when in actuality, I’m doing well.‘

There are quite a few bands I can draw comparisons to with Wolves & Machines, but they definitely have a unique sound and don’t write with anyone else in mind. From their 2010 debut Ailments they have had a fresh and interesting sound. Ailments is an album that was written with a particular concept in mind that didn’t reflect the real life of Aaron, who is the chief songwriter.

‘We were really young, and I was really into concept albums at the time. What it really came down to I think is I was kind of insecure about writing anything from personal experience. I didn’t want to go too deep as a kind of defense mechanism. So there was that aspect, and I really liked writing a story, and I still go back to wanting to do a theme sort of.‘

Musically it flows really well and is a good debut album for a group of barely adults with no prior experience. It’s a little rough in production, but is really charming and memorable. Remedies, their 2012 follow-up, is a really interesting parallel/reworking of Ailments. “Parallels”, the opening track, actually begins with the opening notes of Ailments playing in the background. The production is a noticeable jump while the song quality remains about the same as it ties back into Ailments in a few ways. It’s quite a bit shorter than their other releases, but still definitely worth the listen!

2014’s Since Before Our Time starts out immediately as a strong album. The production quality is stellar and the songwriting of Wolves & Machines improved by leaps and bounds at this point. It’s an incredible album, but arguably the most interesting thing about it is it’s continuity. It flows front to back seamlessly and ends on the same droning note that it begins with, creating an endless loop. I’ve always loved albums that did this personally, and with Since Before Our Time it’s executed perfectly. It has soaring, punching highs rife with heavy guitars and shouted vocals. There are beautiful, hushed acoustic motifs and calculated slower moments keeping the pace fresh throughout. And it all coalesces fluidly to create one hell of a listen. ‘With Since Before Our Time, that was a huge thing for me. We called it ‘The one long song album because we made sure we had a puzzle piece on the end of each song so they could connect together. Going into Evergreen I still had that mindset.‘

I have already talked quite a bit about Evergreen and the perfect storm of reasons that make it so special. There are a lot of factors that made it sound the way it does, and Aaron even admitted without the hiatus and all the changes they went through, they would have written a much different album. Wolves & Machines are writing for the pure joy of it at this point.

‘I used to get so discouraged that we weren’t playing shows and weren’t touring and doing this and that when we had put so much effort in to writing and recording the thing. And then years later it’s like, we can still write and record and it can still be fun and it doesn’t have to be a huge time focus. We’re not trying to be a famous rock and roll band anymore, we just wanted to keep writing and recording.’

It was great getting to speak to Aaron about the history of the band and their sound, and I’m really excited to have them as a Weekly Featured Artist. You can (and DEFINITELY should) check out their music on their Bandcamp. You can find them on Facebook and Twitter as well for any future updates. 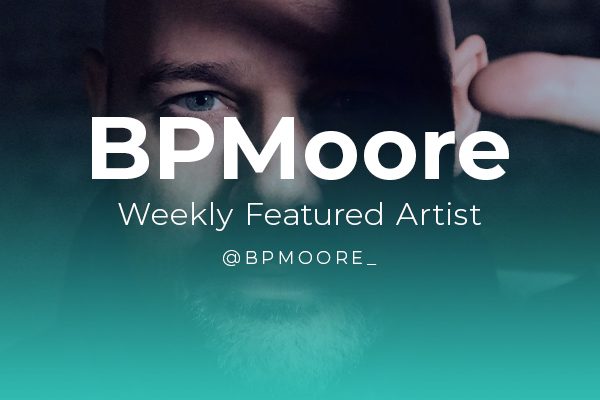