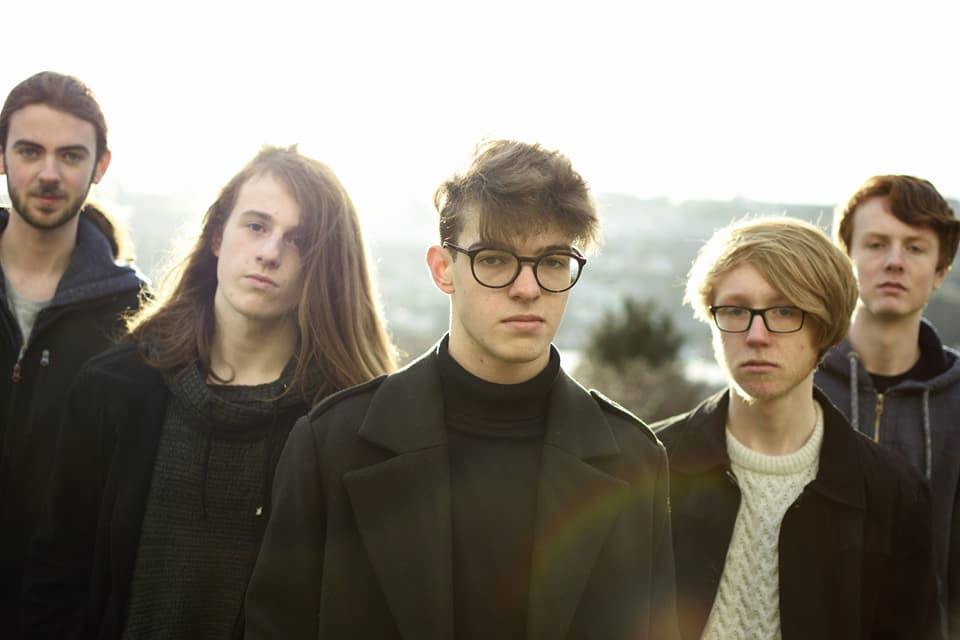 In the serenely tranquil landscapes of Cork, Ireland, one’s last expected discovery may be dark and heavy outsider music. God Alone are a very special band for more reasons than just their unlikely place of origin, however. Embracing challenging subject matter, never shying away from sonic experimentation and still being in such a formative stage of their careers, these five Irish lads are here to put their hometown on the musical map.

Off of the back of their debut full length LP Pall a mBrón, the band were recognized by a selection of national radio stations and the like as being the best new Irish band of 2018. Whilst clout from institutions and radio stations isn’t necessarily what helps bands climb the proverbial ladder, it definitely can’t hurt. The more people listening to these independent stations, the more people are being turned onto their music.

‘…We just concentrate on writing tunes and playing shows really and it feels really nice to have people from around the country we’ve never even met listen to and appreciate our music.’

Coming from a place so often treated as a well-kept secret from holiday makers, the band are keen to show how like most places, Cork has its ugly side, the band say:

‘…Most of our band grew up and live in the North side of Cork City which is widely considered a disadvantaged and “dangerous” area in the city and the sights and sounds of our home influence our music greatly.’

It may be a surprise to some to discover that God Alone are part of a thriving music scene. Heavy music hasn’t been lost on the young creatives of Ireland, it seems. The boys are advocates of their local music community, telling EIN:

‘…The metal scene in Cork is very diverse and unique but it doesn’t get a lot of attention from the outside. Great metal bands from Cork at the moment include: Bailer, Worn Out and Horse. As Cork is so small, there’s not really individual scenes, which is great as people from all different genres and styles go to each other’s gigs and influence each other’s music.’

The band’s debut album Poll ma mBrón saw critical acclaim, and a warm response from audiences everywhere. Boasting influences such as Godspeed You! Black Emperor as well as the contrasting Fugazi, it was evident that this music took inspiration from multiple, varied sources. The band channels those influences into an idiosyncratic employment of texture, color and shape to help them illustrate some incredibly dark and challenging narratives:

‘…Our Lady’s Hospital was a mental asylum ran in the North side of Cork City from the late 19th century to the early 1990s. It was an infamously cruel and harrowing place made up of derelict buildings, covered in graffiti and vandalised constantly, still standing on a hill overlooking all of Cork City. The lyrics in the album deal with themes of mental illness and the darker side of modern Ireland. The songs “Dagda” and “Dordán” talk most forwardly about the cruelty and false help given to sufferers. The lyrics of the songs all focus on mental illness and cruelty and Our Lady’s Hospital is a place where all these themes stem and grow from.’

The band cite some incredibly left of field influences as well as a few that may seem more typical as being crucial to the writing process of the record around the time they were in the studio:

‘…The “heavier” side of the album is influenced greatly by bands like Altar of Plagues, Deafheaven and Converge, but we also find great inspiration in bands that are the polar opposite of these. Fugazi have been a massive influence on us in their experimenting with different genres such as dub reggae and hardcore punk. Other bands that influence us massively are At The Drive In, Don Caballero and Godspeed You! Black Emperor, especially in our more atmospheric and ambient songs such as “Cnoc na hAoine”. When we were writing and recording the album, we were also inspired by a lot of electronic artists such as Aphex Twin and Ben Frost. Some of the more unrelated influences we had included Basshunter and Dr Dre. Everything we listen to collectively becomes part of our music in one way or another, all music is nice.’

With all this momentum, it would take something monumental to slow down this monolithic music machine. As always and to no surprise, enter the education system:

‘This year three members of our band are sitting final year exams in secondary school which will slow us down for the beginning of the year, but we have some spicy plans for the summer when we’ve all left school. We can’t say much more than that.’

With so many different bands throwing their hat in the ring, hoping to find the heaviest riff or the fastest drum fill, God Alone stand apart as being a band with no pretense and very pure intentions to boot. Every time I hear this band, it make me think of the latter studio releases by the legendary Death but with perhaps more employment of jazz harmony. If you’re going to take a step into the world of Irish underground music, let this be the first you take. I’ll give the boys the last word:

‘Thanks for listening to and reading about a bunch of young fellas from a small Irish City shouting about depression and jumping around the gaff. Big up the Cork massive.‘