Anyway, things are looking pretty sweet for Embodiment (the band) right now. Their recent single “Dragged into Hell” has gained a high level of praise, and an intensive run of live shows have introduced a fresh fanbase to their music. All newcomers are then invited to discover their technically slick and marvelously heavy debut self-titled album from 2015. 2018 is already shaping up to the big year for this UK-based metal group. And vocalist Harry Smithson was kind enough to talk to Everything Is Noise about the mechanics of Embodiment, starting with their latest song:

‘Like all Embodiment material, we just aimed to create an awesome metal song that you can bang your head and have a good time to. “Dragged Into Hell” has a bit of everything from the Embodiment recipe: Groove, shred, face-melting solos and a sing-along death metal chorus. We decided to release “Dragged Into Hell” as a standalone single to give everyone a taste of how we’ve progressed as a band since our first album.’

And progressed they have. It was only six years ago  in 2012 when the band formed, with guitarist Finn Maxwell and drummer Les Preston as the original two members. After an EP release, the current lineup was completed in 2014 when Harry and bassist Kieran Hogarty joined. A debut album came only a year later in 2015, inspired by the four members’ mutual love of metal and some of its most popular conventions.

‘We always try to keep our feet firmly grounded into big grooves, despite keeping plenty of technical elements. We love bands such as Decapitated, The Faceless and Protest The Hero as much as we love Killswitch Engage, Slayer or Lamb of God. We’re always embracing all of the metal cliches. Flashy solos, chunky breakdowns, brutal screams and screwy rhythms feature plenty in our music. We try and keep it as fun as possible. If it makes us smile in practice, that’s usually the sign that we’re doing things right.’

And in terms of creative input, guitar player Finn is the main driving force, though correspondence from the rest of the band is also essential:

‘Finn is definitely our creative genius, as well as handling the majority of the production roles on the last few releases. However, when it comes to the writing process, we always make sure most of it is done in the practice space. This ensures that everyone is happy with their parts, and helps the songs feel more natural, because we’ve built the songs up from the foundations together.’

Seeing a local band gain an increasing level of popularity makes one ponder on the ins and outs of building a metal outfit from scratch, and all of the difficult elements that come with it. Anyone expecting a smooth run will receive a hefty wake-up call. Harry explains some of the hardships of getting a band off the ground:

‘There’s plenty of things you just don’t think about when you just start out as 4 dudes wanting to get in some venues and play music. As we’ve progressed and matured as a band, we’ve had to think more seriously about PR, merchandise and having a definite vision for how we want to represent ourselves as a band in order to get more opportunities. It’s all a learning process and a difficult one at that.’

And that learning process has indeed paid off, as Embodiment have taken to the stage at numerous events, each one increasing their popularity just that little bit more. Harry cites just one example of a breakthrough Embodiment live show:

‘We played Bloodstock last year on the New Blood stage to a packed tent after winning last year’s Metal 2 The Masses, and it was a rush knowing that you’re playing at a legendary UK festival that’s hosted some of your favorite bands. We were worried about attendance but the place was filled and people were more than up for headbanging, moshing and even a wall of death. It’s a great vibe and we’d love to play there again in the future.’

On the subject of the future, Embodiment promises fresh music coming our way, presumably following the direction taken with “Dragged Into Hell,” which was a worthy and leveled-up continuation of their earlier material.

‘The song is a standalone single but we’ve got plenty of finished material and we’re hoping to be entering into the recording stage soon. We’ll be working with Pete Heyes (@Peteybobs on Instagram, who did the “Dragged Into Hell” artwork) again for this release. We were blown away by what he was able to accomplish this time, so expect something special for the album.’

And the future beyond that?

‘We love making music together and playing live shows. It’s an energy you can’t describe or replicate in any other way and I couldn’t imagine it not being a part of our lives. With the new album on the shores soon, we’re hoping to be opening up a lot more opportunity for us to play bigger shows and cementing ourselves as a band with a reputation for making quality tunes and having great live performances. We just want to keep doing this for as long as we can, as best as we can.’

Let us hope that remains the case.

You can check out more of Embodiment on their Spotify and Bandcamp pages, and also their YouTube channel. For news and tour dates, visit their official Facebook page. 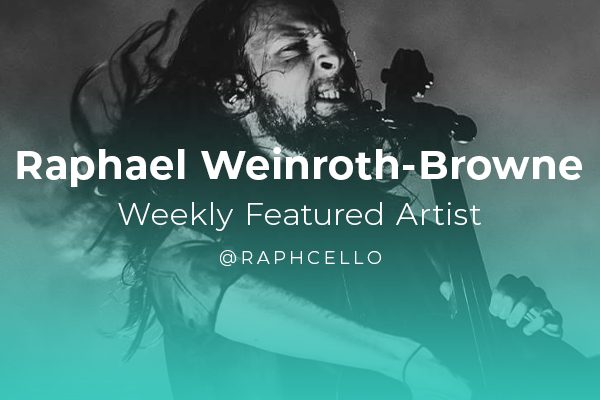