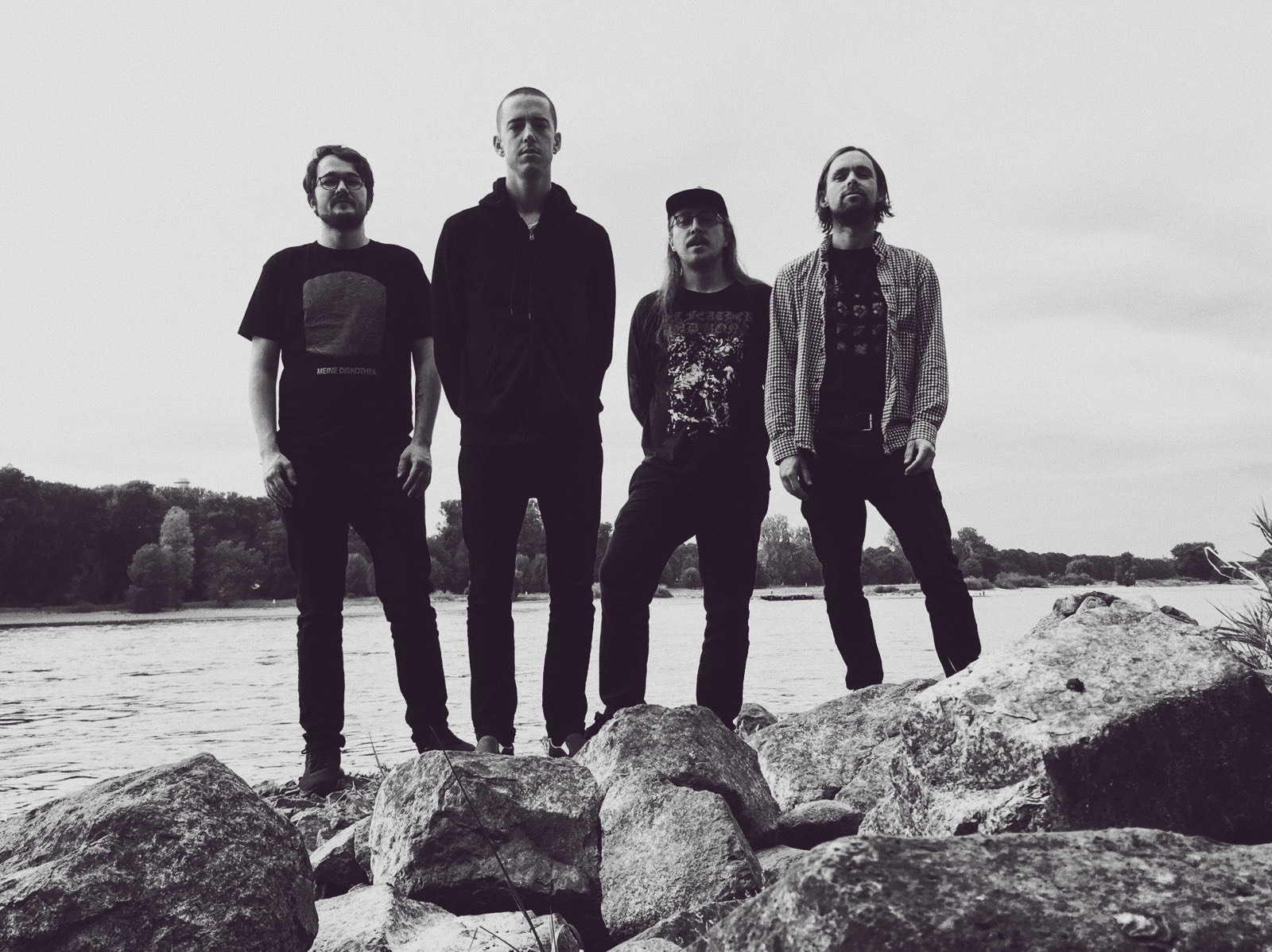 Wren return with a massive sophomore full-length that mixes sludge, post-metal, and noise-rock, resulting in a monstrous album – Groundswells.

Have you ever enjoyed getting crushed to the extent that it becomes unbearable? If you answered no, Wren are here to change that. Their sophomore full-length Groundswells is an unholy potion made by mixing sludge and post-metal that manages to suck out all the light in the room and then surprise the listener by pushing them into the darkest bowels of the earth.

The London-based four-piece first caught the eye of many (including myself) with their excellent 2017 debut Auburn Rule. With riffs matching those of Neurosis and grandiose soundscapes akin to Cult of Luna, Auburn Rule was a strong first statement. What is now clear is that over the last three years, the band have taken that foundation and added new layers into their sound, resulting in Groundswells being a more complex and solid album.

Did I mention surprise at the beginning? Well, the band throw the entire weight of Groundswells onto you right off the bat with “Chromed”. Each thick riff hits the unprepared listener straight in the face, and one finds themselves bobbing along to the rhythmic beats in no time. The overall sound loosely sticks to a sludge-meets-post-metal foundation, but also incorporates much more noise and hardcore elements. Full of dissonant riffs and screamy vocals, “Murmur” brings to mind an imaginary love-child of ISIS and Godflesh; the latter of the two comes to mind once again at the closure of the album. “The Throes” drags each noisy riff out at a meandering pace as the bass lines cut into the listener. It brings together everything that came before it in a torturous, brutal, and grinding manner.

It feels like there is a deep-seated vibe running through the music that convinces the listener of a gigantic monster being put together and systematically beaten and broken down again. Wren‘s originality shines through on the ten-minute underground monster “Subterranean Messiah”. The song writhes in every imaginable direction as it builds from the mellow opening to the monstrously heavy end. Jo Quail‘s electric cello and Fvnerals‘ gloomier riffs and vocals add a breezy, emotional layer that perfectly sits atop the dense layers of Wren‘s sound. Additionally, despite the three acts coming together on the song, there is a minimalistic and hypnotizing beauty to its structure.

There is also a step-up in terms of recording quality compared to Auburn Rule; likewise, the mixing by Scott Evans (of Kowloon Walled City) and mastering by Magnus Lindberg (of Cult of Luna) deserve praise. They have managed to keep the monstrous sound of Groundswells without compressing the dynamic range of the music. Each bass line is heavy yet grounded, and the overall instrumentation is well-layered.

There is a sense of memorability to Groundswells that was lacking on Wren‘s earlier releases. Even after multiple listens, the album maintains a freshness to it that makes me want to revisit it immediately. While it is easy to compare bits and pieces of their sound with many large and established artists, Wren have finally started marking their own territory with Groundswells. As I pointed out at the start, this is one beautiful album that will leave you out of breath and crushed under its massive weight.