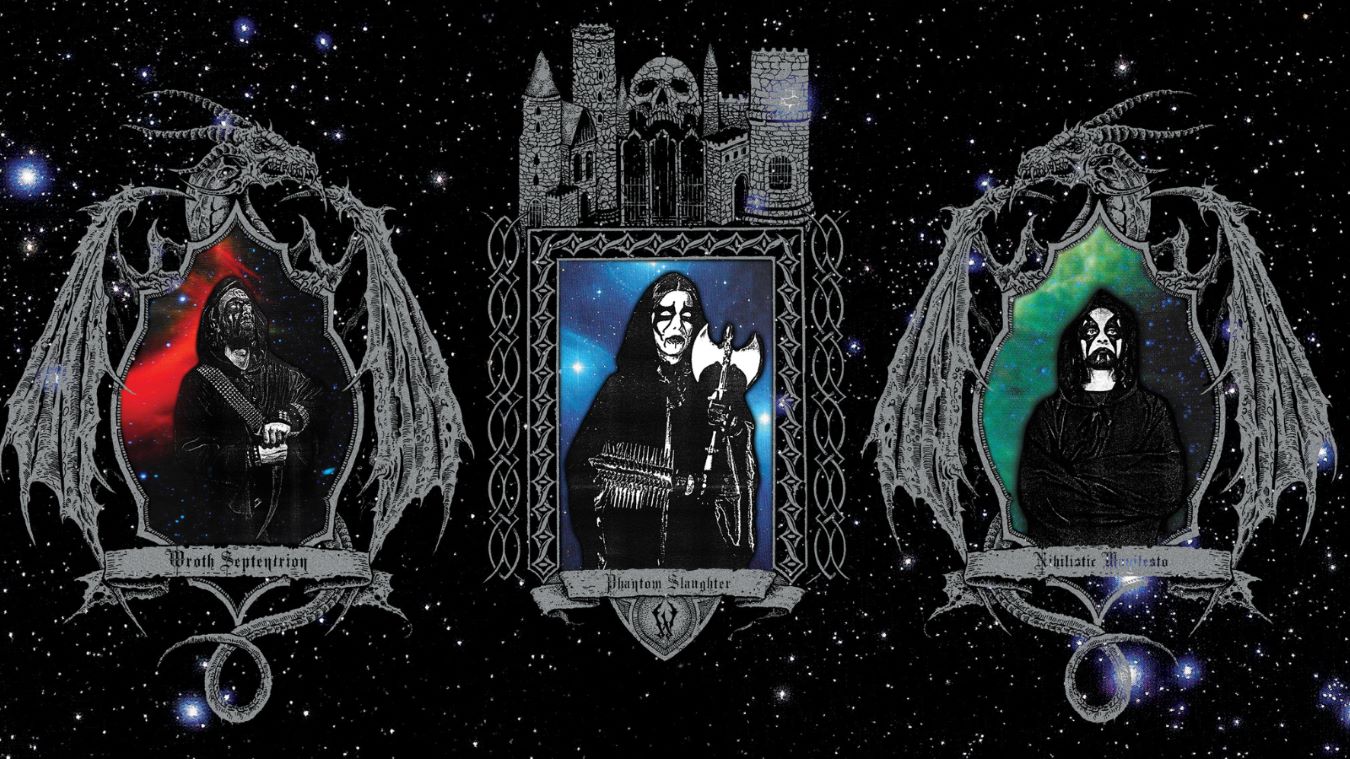 Scintillating guitar solos and expansive, murky songs highlight this oddity from Worm. Bluenothing is as bold as it is captivating.

Self-proclaimed ‘Necromantic Black Doom’ outfit Worm has expanded since their last (notably fantastic) outing, Foreverglade. The slight change in lineup sees musical polymath and guitarist extraordinaire Philippe Tougas join under the moniker Wroth Septentrion. If you’re aware of the body of Tougas’ work, you’ll know that not only is this a huge get but it also can potentially reshape the way this band sounds. When I heard that Tougas had joined Worm I was immediately excited but I also wondered what that would do to the sound that I had grown to love from this murky, swampy, blackened doom band.

I took notice of this band around the arrival of their second LP Gloomlord. I fell in love with the atmosphere of their style of slow, rotting, blackened, beautiful style of metal. It wasn’t tough to see that this band was going to go places simply on the merit that not many people were making music like this. The band, as expected, did continue to rise and 2021’s Foreverglade is one of the best metal records of that year landing on list after list. Hell, I still throw my copy on the turntable quite regularly. Needless to say, I wasn’t too keen on the formula getting changed too much.

I can safely say after listening to Bluenothing repeatedly that there are changes. But not the ones that I feared. The enhancement that comes from tasteful leads courtesy of Phil Tougas is something that I would have never said that this band needed or would necessarily even work, given that they’re primarily a doom act. I can admit when I’m wrong. The opening song and title track “Bluenothing” is a near-twelve-minute song that is filled with all of the things that we’d expect from Worm, but also includes some incredible melodic solos that when laid against the backdrop of this borderline medieval-sounding blackened doom record, enhance it to a whole new level. This combination is not just for flare or clout, however, Tougas’ playing can be flashy sure, but it in every way complements the mood and expands this song into something grand and epic, the likes of which Worm had yet to accomplish.

Everything on Bluenothing sounds terrific. The vocals are a little low in the mix but I personally find that it adds to the atmosphere and lets them be a player and not the star. The dynamics of these songs like the second track, “Centuries of Ooze II” is what makes this thing tick. Bombastic organs, heavy guitars, more and more solos, and the choral vocals framing the whole thing give this song added weight. Remember when I said that no one sounded like Worm? Well, that’s still certainly the case. I’m not sure there is a metal act quite as distinct right now.

To say that Phantomslaughter, the band’s mastermind, is in love with aesthetics would be an understatement. Every aspect of Worm is a treat. The visuals that accompany the album, such as the band photo, the album cover, as well as the names of the songs are all in perfect alignment with the band’s vision and established brand. While some bands tend to go off the deep end and then take themselves seriously, Worm has managed to keep themselves grounded by taking the art, but not themselves seriously. This balance is key to appreciating a band like this and I personally think they are one of the best at managing the aesthetic. While that isn’t necessarily part of this EP, having an understanding of that idea helps the enjoyment of it immensely.

While this is but a snippet of where Worm is now, I can confidently say that I hope this is where they are headed. The addition of a master guitarist and widening their sound increased the surreality of this band and while some may understandably see this release as bordering on indulgent, I think the balance is still intact. Bluenothing is the next step in a discography that is shaping up to be pretty spectacular and if you’re a fan of the band it’s a no-brainer to pick up. If this is your first time in the gloom, buckle up.