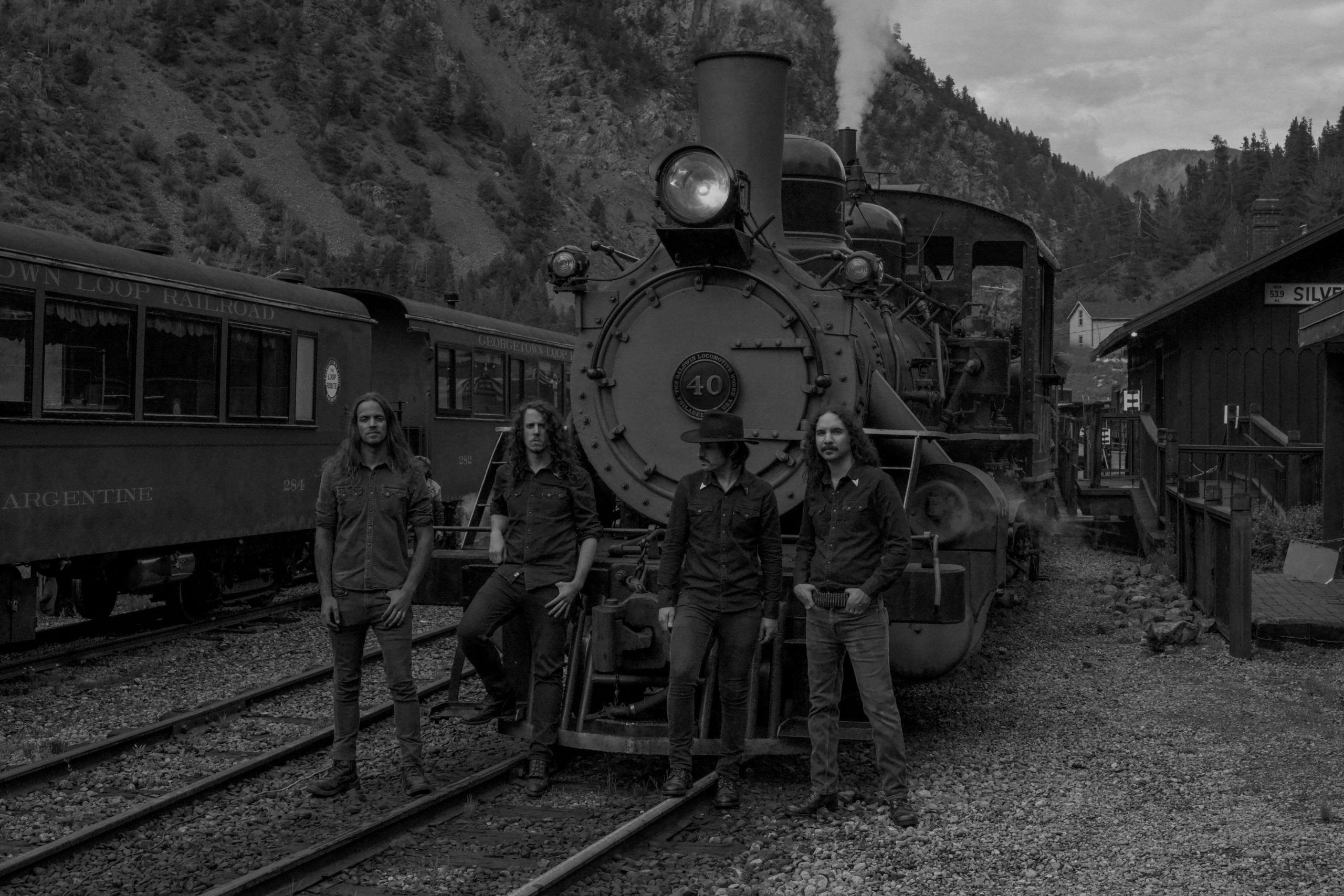 Wayfarer – “A Romance with Violence”

By Billie HeltonNovember 14, 2020 No Comments

Wayfarer provides a bleak and visceral soundtrack to the Wild West. The usual romanticism of the period is contrasted with honesty, delivered with a punch of metal and Americana.

The Wild West of America is something that has been romanticized since the invention of the silver screen. There are a million stories about the rugged frontiersmen who shaped America with iron and blood, and the infamous criminals who followed their own set of laws in untamed lands. From John Wayne films to the Red Dead game series, most of what we see about this period makes it look incredibly cool and creates a lust for it in a lot of people. Wayfarer takes a slightly different approach to tackling the Western frontier, painting the picture in a more realistic light as they shirk that veil of idealization.

A Romance With Violence is a very befitting title for what it entails. “The Crimson Rider” kicks the album off with a quick and fervent start after a plinky ragtime intro. This isn’t your typical cowboy tale from the movies, however. Wayfarer portrays this ‘hero’ as almost anything but from early on – ‘Saddled with avarice and cruelty he rides – the key to a nation fixed to his belt.’ This line in particular has resonated with me ever since I first heard it, and I think it sums up the opening track as well as the feel of the whole album with no more than a handful of words. The steady pound of double bass and tremolo picked riffs hit like the pounding of horses hooves, propelling the tale of the death-dealing rider forward.

Wayfarer is not a one-trick pony, and what would a tale of the Wild West be without heavy touches of Americana in the music? Breaks of bluesy folk and classic country intersect with the punching metal, which provides as much intrigue to the music as it does to strengthening the narrative and evoking the Western feel. This is a very well-crafted album from the ground up in every sense. Even the production is top quality, with every instrument resonating in its own space in the mix. I love being able to easily pick out the bass tone on an album with such powerful guitars and drums taking center stage so often.

One of my favorite aspects of this album is Wayfarer‘s depiction of the steam-powered locomotive and how it changed the landscape of America. This is an invention that is always glamorized because of how much it changed commerce as well as a lot of people’s ability to travel. But often forgotten is the human sacrifice that followed the industry. Thousands of people died laying railroad tracks and blasting tunnels for the trains, and many of these people were slaves and indentured servants who have never gotten their proper praise for their unwilling sacrifice. “The Iron Horse” is a tale of the ‘iron-born hellion’ and how it expanded the frontier with death at its helm: ‘The forgotten hands that struck down the ties are swallowed by the frontier.’

A Romance with Violence has become one of my favorite albums of 2020 easily. I have always been one of the people to ruin the fun and bring up the cruel reality of the American Frontier while my annoyed roommate is just trying to hold up a stagecoach in Red Dead Redemption. Hearing an album that emanates the feel of it while highlighting the strife and destruction of the era is mind-blowing to me to say the least. Wayfarer does it in such a stellar way, as this is also some of the best metal I have heard this entire year. The Americana inclusions are just as nice as their metal moments, and together it ties up nicely to be a wonderful listening experience. The couple minutes of acoustic guitar and slow building drums that burst into intense riffing in the last two minutes of “Masquerade of the Gunslingers” is one of my favorite moments in recent music. On my first listen, I immediately went back as the song ended just to hear it again.

Now it’s time for us to talk about “Vaudeville”, the finale to an absolutely amazing album that is very much so the cherry on top. The slide guitar solo that continues into one of the best riffs on the album around the seven-minute mark is something I will be revisiting for a long time. It’s hard to praise anything so much when it’s surrounded by other powerful pieces of music, but “Vaudeville” really is the perfect album closer to this tale. Almost equal parts metal and country, it really splits the whole mood of the album between the romanticization of the silver screen heroes and the cold reality of the murderous West.  Violence begets violence, and when we paint violent murderers as heroes, where does that leave us? ‘Where is the dream?/Where is the world that was promised?/Where is romance?/When did it give way to rape?’

A Romance With Violence is damn powerful. If you’re looking for an incredible black metal album that offers up much more, Wayfarer has a treat for you. The strokes of blues, country, and American folk really idealize Western Americana in a superb way that many others fail to do when that’s their only goal. I doubt very many people will be impacted by the lyricism and narrative as much as I was, but if you want a raw and brutally honest look at the Western frontier and its silver screen impact, look no further. They hit it dead-on, like a railroad spike tying down the last of the track from blistered hands, or a nail in the coffin of the last cowboy.