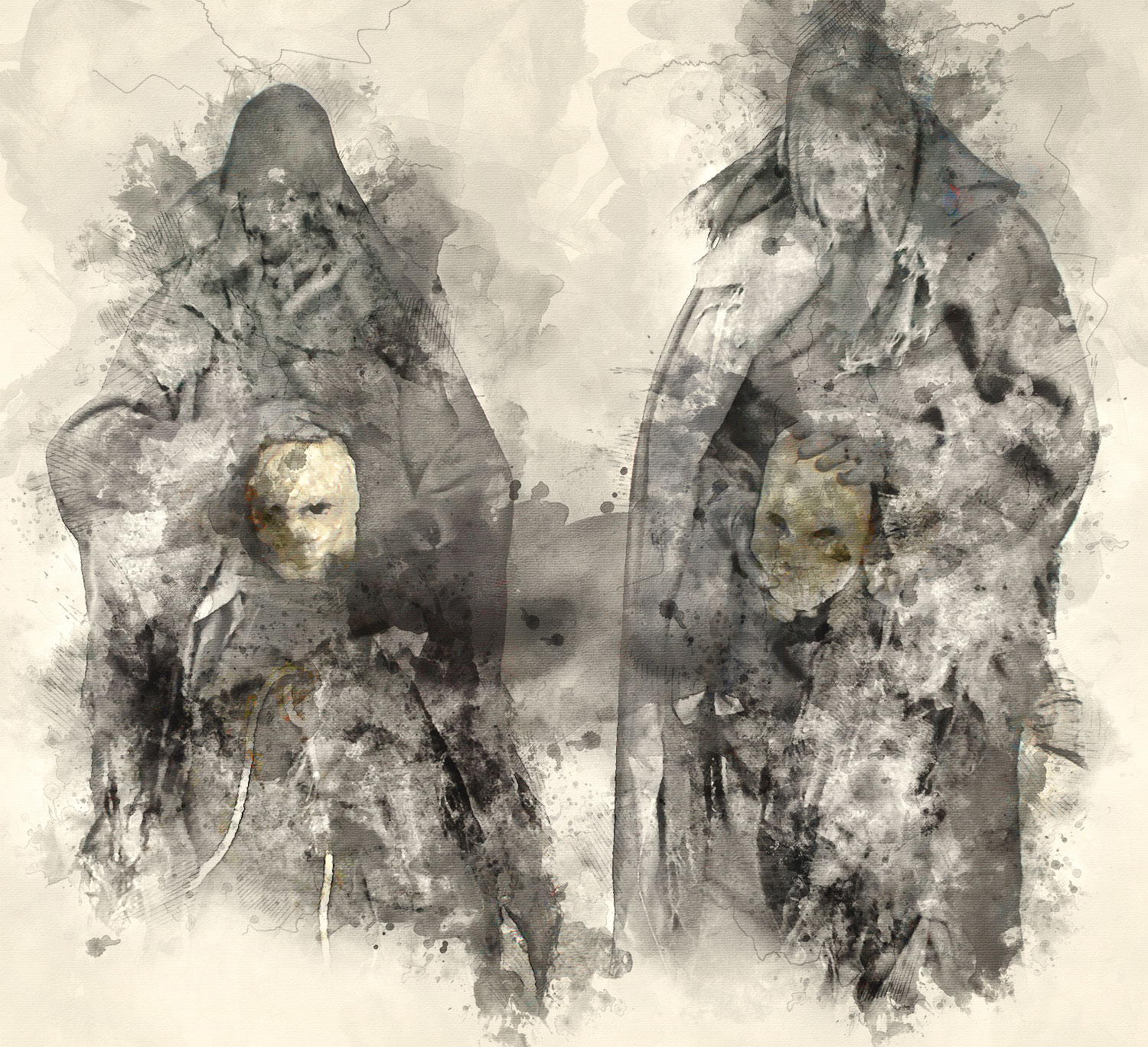 Veilburner – “A Sire to the Ghouls of Lunacy”

By Ashley JacobDecember 25, 2018 No Comments

Malevolent and entertaining forces are at work in Veilburner‘s latest offering. Serious or not, A Sire to the Ghouls of Lunacy is a phantasmagorical feast for the ears.

There is something creatively pure about a duo locked into the same musical project – just two adept humans taking on every role in the studio, and making it sound like the work of a fully fledged band. It’s also something that I only recently discovered was happening a lot, particularly within the realms of dark and heavy. You can take female New York doom duo, Insect Ark, as an outside prime example.

The other thing I love in heavy music, especially in black/death metal, is some creative variety thrown into the mix. And this is how I feel Veilburner gets away with being so comically exuberant. Sinister and bleak it is very much so, but the sheer theatrics prevent it from being overbearingly brooding. Instead, it’s just a great deal of fun. I tend to find myself drawn to records like this. I love the full-bodied experience, and I can’t imagine a scenario where too much is too much. For me, the more that is thrown into the mix, the more it all adds to the pleasure.

So given that, A Sire to the Ghouls of Lunacy wins and then some. It’s hard to deny the pantomime aspect of the band’s persona when we are dealing with song titles such as “Abattoir Noir” and “Glory Glory Grotesque”. And don’t get me started on the vocals! Like I said, variety is the name of the game. Anybody watch that twelve part Manga series in the 90’s, called ‘The Guyver’? You remember what those dastardly Zoanoids sounded like when they were trash-talking? Well, take that as your reference for how Veilburner make their voices sound on this record!

But amidst all the kookiness, let’s not ignore the decency of the metal itself. The riffs adeptly jump from metalcore to tech death, and would probably make for an acceptably fleshed out experience had the theatrical gloss not been added. In the tracks concerned, they come thick and fast, and add some bewildering disorientation to the silent pauses in between songs. You can’t really fall asleep on this one.

And at certain points, the experimentation extends beyond the thrash tempo, as exemplified firstly in the track “Abbatior Noir”, which shifts pace towards a kind of sinister carnival waltz groove, proving the band’s adeptness for progression. Likewise, some slower moments can also be found in “Glory Glory Grotesque”, along with some surprisingly fitting electronic noises and an overall crescendo of delightfully demonic soundscapes.

The record remains true to its intentions right the way through, but shows no fear in playing about with different ideas. And as the finale track, “Where Torment has Danced Before”, is so darn epic, we also get a vague sense of narrative binding each song on the album.

Though what that narrative tells us exactly, I couldn’t say. For all my enjoyment of A Sire to the Ghouls of Lunacy, I could never quite work out what dimension-spanning philosophy this music was born of. The album remains to me an entertaining, yet mysterious delve into the dark arts, never quite settling into convention, or playing it safe, or giving any clear indication of what its intentions are. I regard it as metal to feed the imagination. It’s like a comic book of ghoulish fables with sufficient intrigue to draw in those with a sense of fun. From the overall chaos, we find a nice sense of oneness with the music.

For supposedly baleful entities, it was very kind of Veilburner to give us such an interesting record.