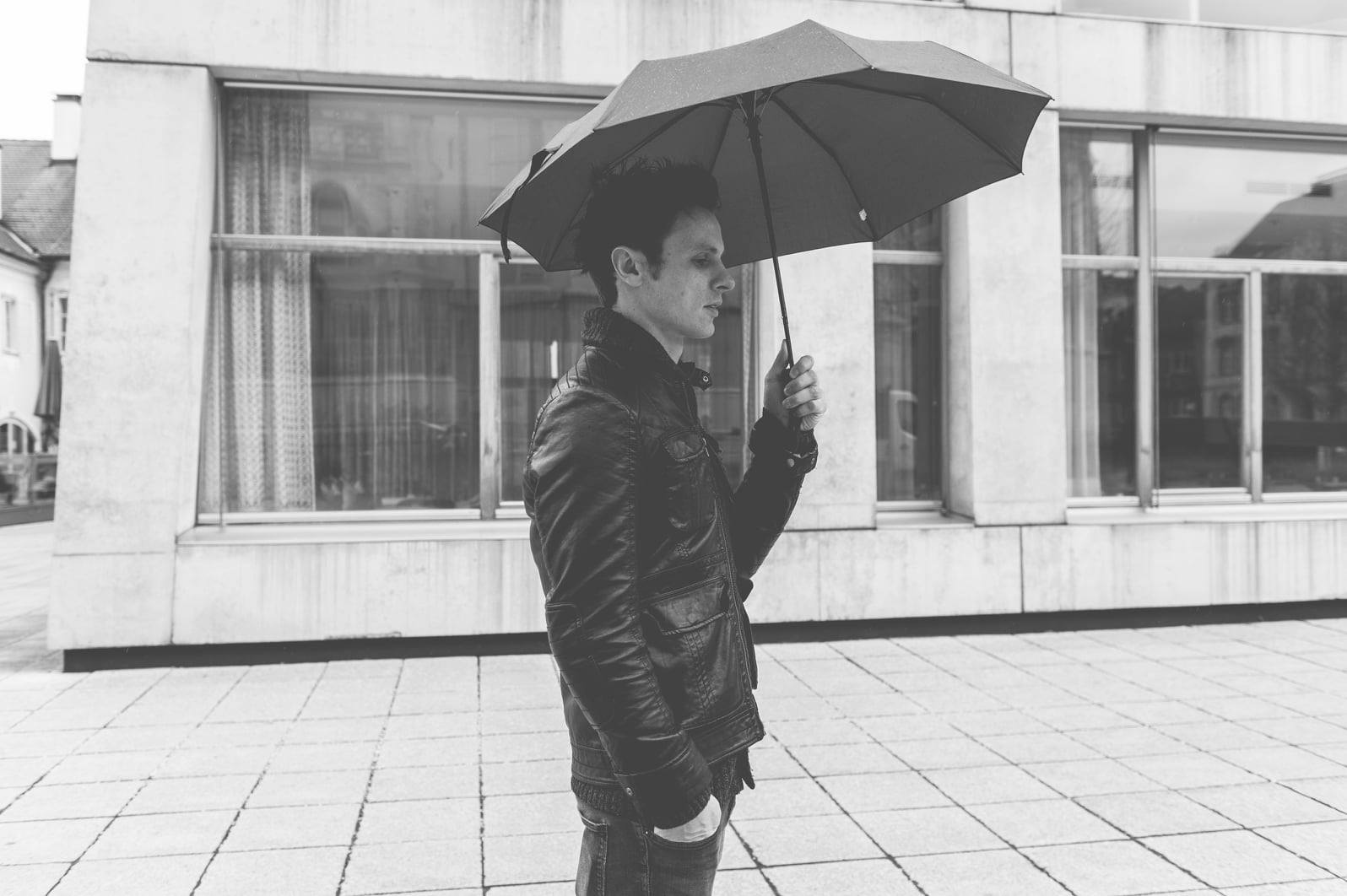 It may be summertime, but the professor is most certainly in. TOMÁ schools us with a bevy of bodacious beats and a flotilla of formidable features on Atom.

Though recorded over the span of just a few months in 2020, Tomá Ivanov’s debut album Atom was in a sense a decades-long undertaking. The Linz-based musician, who performs under the stage name TOMÁ, began his foray into music as a young, self-taught electronic producer before taking a sharp left turn into jazz education at an Austrian university years later. This unconventional path weaves into the sonic fabric of the record, which is a panoply of deceptively complex hip hop beats, richly harmonized instrumental arrangements, and affecting, soulful vocal performances. If tracks on this album have a common theme, it’s that they tend to be sumptuous hits with strong dashes of virtuosity and hints of improvisation. At minimum, TOMÁ’s path from Austria’s techno scene through a rigorous formal curriculum turned him into that rare breed: an ear candy machine who can also appeal to theorists.

University appears to have expanded the scope of TOMÁ’s musical ambitions without discarding his roots in the techno scene. He is not a self-taught producer churning out beats from a bedroom studio, nor is he a lifelong jazzhead with an unflagging love for old standards and not much else. Rather, he tugs the two worlds together through a multi-winged funhouse of genres, influences, and stylistic techniques with help from a gifted cast of guests, including Vienna-based neo-soul crooner Esther Esrah, Argentine writer Adrian Dozetás, and Los Angeles-based rapper I Am Tim.

TOMÁ’s biggest strength lies in wringing out the maximum aural pleasure possible over a three-to-four minute time span, which he usually accomplishes without sacrificing depth. He often achieves this by authorizing his featured artists to let loose like kids in an unsupervised candy shop on top of a foundation of chilled-out beats, melancholy synths, and the occasional twangy guitar. All the while, the producer, instrumentalists, and vocalists interact in complex, often competing melodies, but the result is almost always organic and fluid.

Album highlight “Catharsis” embodies Atom at its best. Featured vocalist Lou Asril delivers an astonishing performance that harkens back to legendary 1970s belters such as Marvin Gaye and Curtis Mayfield; Asril’s voice is emotive, dexterous, and confidently full-bodied in a way that belies his youth. TOMÁ’s flexibly composed instrumental arrangement morphs in concert with the vocal fireworks and flows with the track’s momentum, staying low in the mix when Asril is introducing himself to listeners but later transmogrifying into a prominent, EDM-inspired disco beat when the young singer hastens his delivery and ratchets up the tension towards the end of the song.

Despite the preternatural talent of Asril looming large, the other guest vocalists autograph their respective tracks with personality and flourish over instrumentals that range from unobtrusive to transfixing. Viviane Toebich appears on the record multiple times, but she shines most brightly on “Outsight”, where her mid-register vocals sway calmly over an instrumental featuring a clarinet and no fewer than five members of the violin family.

While Toebich’s voice retains the immediacy, human warmth, and endearing hesitancy of a neighbor-turned-indie singer at a local open mic, fellow featured artist Esther Esrah’s vocals have the wistful and slightly removed register of a world-weary veteran. Esrah’s presence lends a deep blue color to the tracks she appears on – her sweetly mournful humming towards the end of closer “French Scene” has me swaying side to side out of empathy. In fact, no other guest engages with the gloomier side of TOMÁ’s instrumentals quite likes Esrah. Her performance on “Bad Dream” is magnified by a touch of reverb, lending the track a haunted, dream-like quality that defines its personality as a dark ballad.

TOMÁ doesn’t always rely on featured vocals to do the heavy lifting, either. “Wrong” is the outright jazziest of the tracks on Atom and concludes with a frenzied, mind-bending violin solo from Tomáš Novák – jazz education, indeed. TOMÁ himself shines most brightly on “Brother”, where he engages in gorgeous, partially improvised synth runs over an obscenely catchy beat; if the man were to compose a solo album based on a single concept, I suspect it would similarly deploy synths and trip hop elements with jazz harmonics.

As the album’s central tenet is one of uniting diverse musical strands in unique ways, it’s versatility that makes Atom, Atom, and despite the disparate breadth of the offerings, credit is due to TOMÁ for corralling an imperial ton of ideas into a record that sounds – believe it or not – unified. When I have significant qualms with this LP, it is usually due to a song runtime that I find too truncated for a musical idea to unfold to its full extent.

Take “Level 9”, for example: characterized by a looping synth-focused beat, it is the shortest track on the album, and although its synths intertwine in delightfully daedal contrapuntal harmonies, the song’s sub-two minute runtime means the artist only has so much time to fiddle with chord progressions. Given my opinion that most of the stronger points on the record are where TOMÁ collaborates with guest artists, I am interested in a record where he crafts a longer-form instrumental or two, perhaps plumbing the depths of his heterogeneous background even further than he does on Atom.

Ultimately, each track contains enough focused energy to sport at least a few dazzling moments of virtuosic instrumentation or intricate harmony. TOMÁ’s production and mixing are almost invariably top notch; he balances musical components with a generous touch that accentuates and elevates the performance of his guest vocalists without detracting from his own instrumental prowess. While TOMÁ may have achieved his degree already, his education, like the rest of ours, is perpetual. I look forward to the next release from this promising new artist, and to the teachings he passes on.